Please ensure Javascript is enabled for purposes of website accessibility
Log In Help Join The Motley Fool
Free Article Join Over 1 Million Premium Members And Get More In-Depth Stock Guidance and Research
By Steve Symington - Mar 2, 2017 at 11:44AM

The energy drink specialist ended 2016 on a high note. Here's what investors need to know.

Shares of Monster Beverage (MNST -3.61%) were up 14% as of 10:40 a.m. EST Thursday after the energy- and fruit-drink company announced strong fourth-quarter 2016 results. 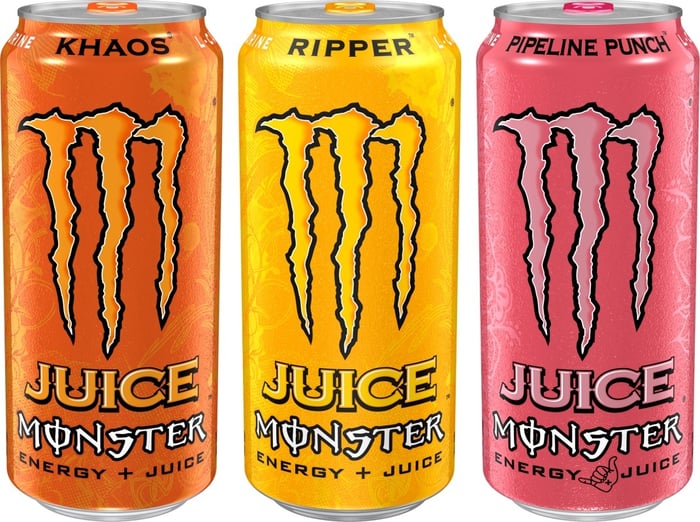 Monster Beverage CEO Rodney Sacks elaborated: "We are pleased to report continued progress on the strategic alignment of our distribution system with Coca-Cola bottlers, both domestically and internationally. In the United States, we continue to see improvements in the quality of our distribution, particularly in the food service channel, and we transitioned distribution of Monster Energy drinks to the Coca-Cola bottlers in Wisconsin early in January 2017."

Sacks further noted the company has already transitioned distribution of its namesake drinks to Coke bottlers in Brazil, Costa Rica, and Panama, and continued to implement launches across China during the fourth quarter. Monster also plans to keep expanding in the China, Nigeria, and other countries throughout 2017, including a relaunch in India.

This was an undeniably strong quarter from Monster Beverage as the company relentlessly expands its presence worldwide, so it's no surprise to see investors aggressively bidding up Monster Beverage stock today.