With the first Oscar nomination for a virtual reality film, widespread adoption of VR may be closer than we think.

Virtual reality (VR) is a technology that is still in the early stages of adoption. While headsets are available, VR has yet to gain wide acceptance due to the high cost of consoles and equipment, and the lack of sufficient content. Additionally, the technology is still largely unfamiliar to the majority of consumers, who may have heard of VR but have yet to experience it. All that may be beginning to change. 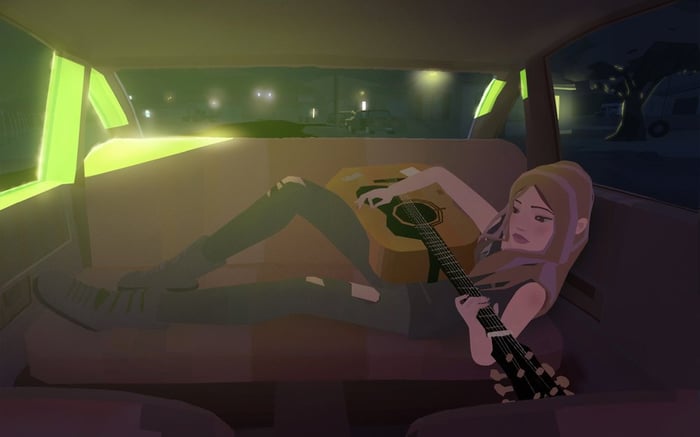 Pearl is the first VR movie to be nominated for an Oscar. Image source: Google.

For the first time, a movie created specifically to be viewed in VR was nominated for an Academy Award. Though the film didn't win, it may act as a touchstone for consumers. Alphabet's (GOOG -0.27%) (GOOGL -0.21%) Google Spotlight Stories, a VR storytelling venue, has for the last several years produced 360-degree and VR films in the form of animated shorts. This allowed filmmakers to reimagine storytelling and for technicians from Google's Advanced Technology and Projects group (ATAP) to hone the nascent technology.

Its Oscar-nominated short, Pearl, is centered on the life and times of a musical father and daughter traveling the country in pursuit of stardom. The animated scenes all take place from the point-of-view of a passenger in the front seat of their car. The ground-breaking film was directed by Patrick Osbourne who received an Oscar in 2015 for his work on Walt Disney's (DIS 1.84%) Feast, a short film about a man and his adopted dog, which debuted in 2014. This highlights a recent push by filmmakers and the movie industry to embrace the technology.

This comes on the heels of a similar location-based offering that is the result of a partnership between Google and IMAX Corporation (IMAX -0.59%). The companies joined forces to create a cinema grade VR camera using Google's Jump platform which seamlessly integrates 360-degree video into a panoramic view. Last month, IMAX opened its pilot VR center in Los Angeles and based on its early success, the company plans to open five additional test locations by mid-year. This model incorporates original material, as well as content that expands on big budget films, such as Disney's Star Wars series, Lions Gate Entertainment Corp.'s John Wick movies, and Hasbro's Transformers franchise.

In another sign that VR is gaining a wider audience Netflix (NFLX 2.90%) released apps for its leading streaming service that will work with several commercially available headsets including the Facebook's Oculus Rift, Samsung's Gear VR, and Google Daydream View.  The app features a virtual living room where viewers can connect with the familiar Netflix interface to select programs for viewing. Website ScreenRant.com detailed a list of movies that lend themselves to VR, without being specific to the technology. While Netflix is not providing any actual VR content, this is an acknowledgement that the public may be ready for more in the way of interacting with VR technology.

VR is still in its infancy and it will be some time before it gains widespread adoption. Hollywood is leading the charge with location-based options that will supplement the home VR market. This provides evidence that the technology is gaining ground, and the tipping point may be closer than we imagine.