The landing has been hard for the firearms industry as it adjusts to the new environment of lower firearms demand after several years of white-hot sales. Although the gunmakers themselves are still reporting robust numbers, the outlook they share is disappointing as it returns to more modest levels, even if gun sales remain above historical trends.

We can see it in the FBI's reported numbers for its National Instant Criminal Background Check System, or NICS -- after 19 straight months of record numbers of checks conducted, the FBI has now reported two months of year-over-year declines. Although NICS checks have their limitations as a proxy for gun sales, the FBI data is generally considered a good industry barometer for demand. 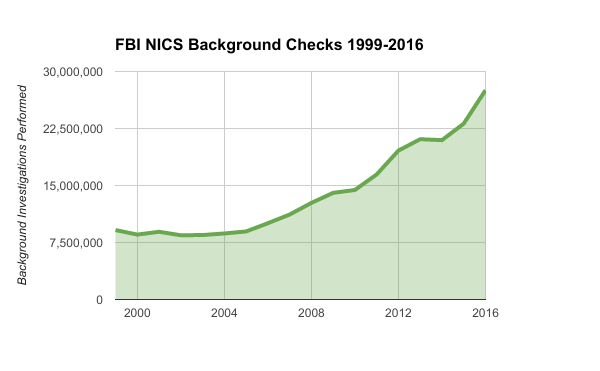 Over 27.5 million background checks were performed in 2016, up 19% from the prior year, more than double levels from a decade ago, and three times the number of checks performed in 1999, the first full year the FBI began tracking these statistics.

To keep up with rising demand, the industry's manufacturing capacity has expanded along with it. Each year, the Bureau of Alcohol Tobacco Firearms & Explosives lists the total number of guns sold in each category -- pistols, revolvers, rifles, and shotguns -- along with how many each manufacturer made.

As can be seen, production spiked in 2013 as gunmakers sought to catch up with demand in the wake of calls for more gun control following the Sandy Hook shootings, and then finding a stable, but steadily growing base afterwards. It should be noted that the BATFE-reported data is delayed by one year to protect trade secrets.

It's surprising who's not at the top

So which gunmakers are the biggest? It might be surprising to know just how far down the list some of the most well-known names in the industry are, along with those who produce some of the most popular firearms. 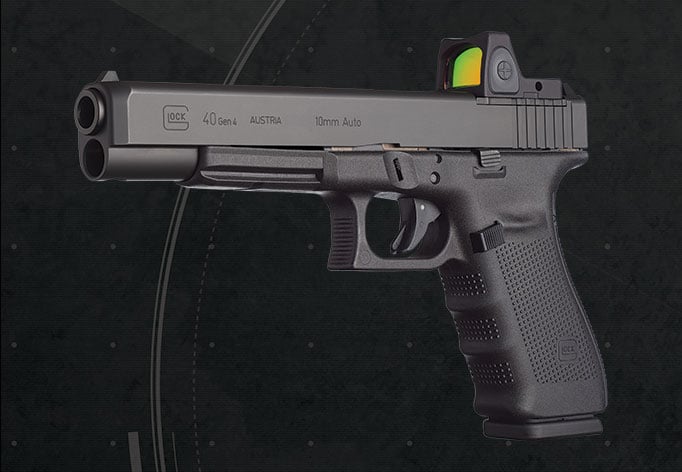 In fact, Maverick topped arguably better-known long arms manufacturer Savage Arms, which came in sixth place. Under the control of Vista Outdoor (NYSE:VSTO), which owns a portfolio of firearm, ammunition, and outdoors brands, Savage manufactured just under 400,000 rifles and shotguns.

Filling out the next two spots were Sig Sauer at No. 4 with almost 500,000 firearms and third-place Remington Arms, best known for its rifles and shotguns -- producing over 1.1 million of them -- although it was also credited with 36,000 pistols.

Narrowing the field to two

So that leaves us with our final two industry leaders. You can probably guess their names, but which one came out on top? If you guessed Smith & Wesson, you were close but wrong. It came in second with almost 1.5 million firearms manufactured in 2015, while Sturm, Ruger (NYSE:RGR) once again reprised its role as the biggest gunmaker in the country with almost 1.7 million firearms.

But the picture changes when you look at each product category. For example, Smith & Wesson, which just this year changed its corporate name to American Outdoor Brands (NASDAQ:SWBI) to deemphasize its focus on firearms, is the undisputed leader in pistols and revolvers, making a total of 1.26 million handguns in 2015, compared to Ruger, which produced a little more than 1 million.

At these volumes, Smith & Wesson accounted for 28% of all of pistols and 31% of all revolvers, making its offerings some of the most well-known and most widely-owned firearms today. Ruger was second, with 21% and 29%, respectively. Where Ruger was able to surpass Smith & Wesson, however, was in rifle category with over triple the volume.

The long reach of long arms

Ruger made 662,000 rifles that year, second only to industry leader Remington, which dominates the long arms market (along with Maverick, the two companies account for almost 90% of all shotguns produced).

Ruger just reported its 2016 earnings with $664 million in total sales, up 20% from 2015, while profits were 43% higher year-over-year. The gunmaker said that it increased total unit production by 23.5% last year, which it attributed to dealers stocking up on certain types of firearms ahead of last November's elections. Ruger is in a strong position to come out on top again in 2016, but there were also words of caution from the company.

Sturm, Ruger pointed to declining NICS checks in December and January, and management said it anticipated having to "manage our production to moderate inventory growth" for 2017. That means it may still sit atop the mountain of gunmakers, but the pile of firearms is likely going to be smaller for the immediate future.