The optical-networking expert gained some ground in February, but the stock is still cheap, and the real wins are not expected to come until the second half of 2017.

The maker of equipment for long-distance optical networking equipment posted fourth-quarter results on February 9 that exceeded Wall Street's estimates, landing at the high end of management's own guidance targets.

Share prices skyrocketed more than 27% overnight and continued to rise as analysts and investors digested the report over the next few days. By the end of February 15, Infinera shares had gained 37% since the start of the month. The stock cooled down a bit after that sudden surge, but still held on to a 20% gain at the end of February. 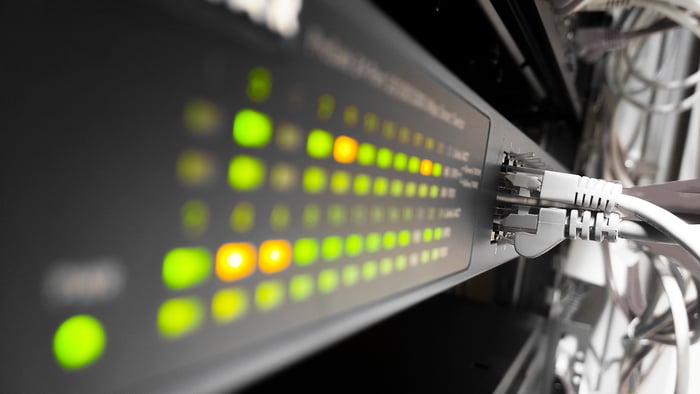 Mind you, that report wasn't all wine and roses. Sales fell 30% year over year, flipping the bottom line into negative territory. It's just that everyone expected even worse results. And including February's strong share-price gains, the stock is still trading down 26% over the last 52 weeks. 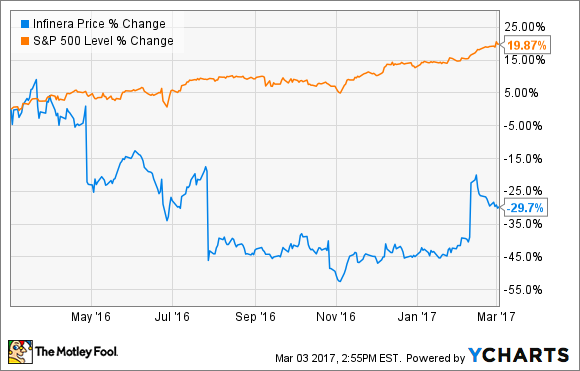 The optical-networking industry, at large, is coming out of a deep, dark trough these days, and Infinera dove deeper than most. The return to health has only just begun, leaving lots of room for further gains as telecoms and backbone networking giants gear up for another wave of infrastructure upgrades.

Infinera is bringing many new products to market in 2017, hoping to earn new and repeat business via its product refresh in the back half of the year. Infinera's management expects "pent-up customer demand" for these upcoming products to generate solid sales and margins for the long term -- but not quite yet.

Investors will have some time to mull over the promised impact of new Infinera products, leaving share prices relatively chilled in the meantime. The deadline for pulling the trigger (or not) should lie somewhere in the middle of summer.