Please ensure Javascript is enabled for purposes of website accessibility
Log In Help Join The Motley Fool
Free Article Join Over 1 Million Premium Members And Get More In-Depth Stock Guidance and Research
By Brian Stoffel - Mar 4, 2017 at 9:05AM

I cut my teeth as an investor at the feet of David Gardner. The Motley Fool co-founder believes that investing in "Rule Breakers" is the way to go. Oftentimes, these disruptive companies don't offer a dividend. That may help explain why my four largest holdings -- which account for over half of my portfolio -- have no dividend at all.

That's why I think my sentiment for this article is somewhat extraordinary. There's a high-yield dividend stock that I want to own in 2017, and it's currently yielding a whopping 8.4% based on this year's expected payouts! 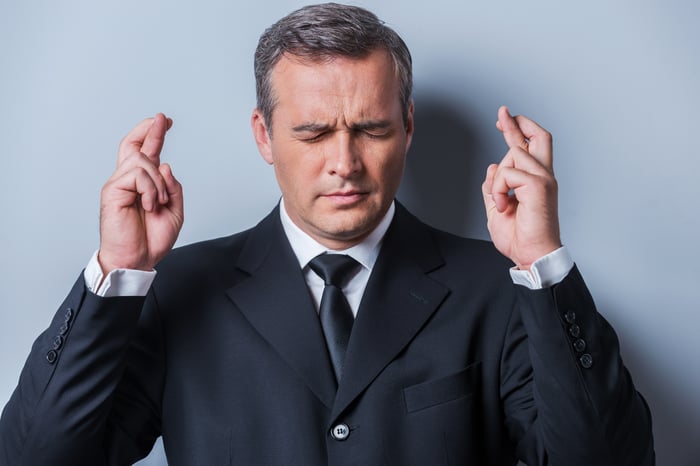 And that company is...

Back in August 2016, I stumbled upon a company named Enviva Partners (EVA). The story is pretty simple: Demand for wood pellets (of all things) is booming right now because Northern European power companies need them as inputs to help replace coal and reduce carbon emissions.

Enviva has consolidated the market in Southeastern United States, bringing production plants online and purchasing a deepwater dock in the Port of Chesapeake. The company signs long-term contracts with these power providers. The average contract length is 9.8 years. If a company backs out before the contract expires, it owes Enviva a hefty termination fee.

As far as investors are concerned, there's a lot of safety that can come from buying shares. First, the company matches its production with long-term contracts, so there's very little chance of having "inventory" go unused. The real boon comes from operational efficiencies that the company can realize by bringing its production plants up to full capacity, and fully leveraging the deepwater dock in the Port of Chesapeake for transport of the pellets across the Atlantic.

Because Enviva Partners is a master limited partnership, the financials can be a little confusing to beginning investors. Instead of monitoring free cash flow, the most important thing to keep an eye on is distributable cash flow (DCF). This represents the amount of money a company has generated that it can pay out in the form of dividends.

Enviva aims to have a coverage ratio of 1.15 or higher. That means it hopes to have at least 115% of what's necessary to pay the dividend. Another way of thinking about it is to say that Enviva wants to use no more than 87% (inverse of the coverage ratio) of DCF on its payout. In 2016, the company offered shareholders $2.10 in dividends and had a very healthy coverage ratio of 1.28 -- meaning only 78% of DCF was used up.

Here's how the company has been able to grow DCF over time, plus the midpoint of what management thinks it will be able to produce in the year ahead.

Since the company is investable almost entirely because of its DCF, this is both the preferred way of measuring the dividend and the valuation of Enviva. At current prices, if the company can pay out the $2.35 in 2017 that it predicts it can, it equates to an 8.4% dividend yield. In addition, it trades for 11 times trailing DCF, and just 9 times forward DCF. In today's market, that's a steal.

And here's a real kicker: As investors worry more and more about the market's rich valuation, Enviva's dividend is relatively insulated from a market swoon. While the stock itself might fall, that would simply allow you to repurchase shares at a lower price. The dividend is backed by the long-term contracts and is much more likely to be affected by efficiency issues at the plants and ports than by macroeconomic conditions.

What I'm keeping an eye on

Moving forward, there are several things that bear watching. First and foremost are the company's expansions. Management has talked a lot about further growth opportunities in Japan, South Korea, and China. While all of those are exciting, Enviva needs to balance investing in future growth with not taking on too much debt or reducing its DCF to the point that it will materially change the investing thesis.

The company will probably be buying its second wholly owned deepwater port in 2017, in Wilmington, N.C., and will be developing a copycat production facility in Hamlet, N.C., based on the recently acquired Sampson, N.C., plant. While these are exciting developments from an efficiency standpoint, investors need to keep a close eye on the debt obligations the company owes.

Put it all together, however, and this is a high-yielding dividend payer that I want to own in 2017. I already owned shares briefly in 2016, but I was forced to sell to free up cash for a home purchase. Once I build up my family's cash cushion again, Enviva will be one of the first stocks on my radar to buy. I think it's a hidden gem that could reward shareholders for years to come.