Shares of Bank of America (NYSE:BAC) ended the week on a high note after Federal Reserve Chairwoman Janet Yellen signaled on Friday that the central bank is on the verge of hiking interest rates this month for only the third time since the financial crisis.

"[W]e currently judge that it will be appropriate to gradually increase the federal funds rate if the economic data continue to come in about as we expect," Yellen said in a speech to the Executives' Club of Chicago. "Indeed, at our meeting later this month, the Committee will evaluate whether employment and inflation are continuing to evolve in line with our expectations, in which case a further adjustment of the federal funds rate would likely be appropriate."

Fed Vice Chairman Stanley Fischer echoed this sentiment at a monetary policy forum in New York on the same day. "If there has been a conscious effort" to boost expectations of a rate increase, "I'm about to join it," he told attendees. "I think the advice that has been given by a large number of members of the Fed, of the FOMC [Federal Open Market Committee], is correct, and I strongly support it," Fischer continued. 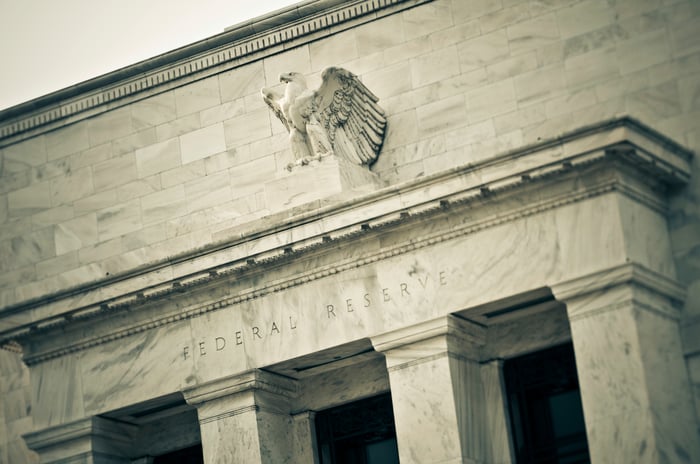 The Fed's monetary policy decisions revolve around its dual mandate to maximize employment and maintain a stable price level. The former has already been met because the current unemployment rate of 4.8% is below the Fed's target rate of 5%. But while inflation hasn't yet crested the desired 2% level, it's close, coming in at 1.9% in the latest reading (the chart below tracks a slightly broader gauge of consumer prices). 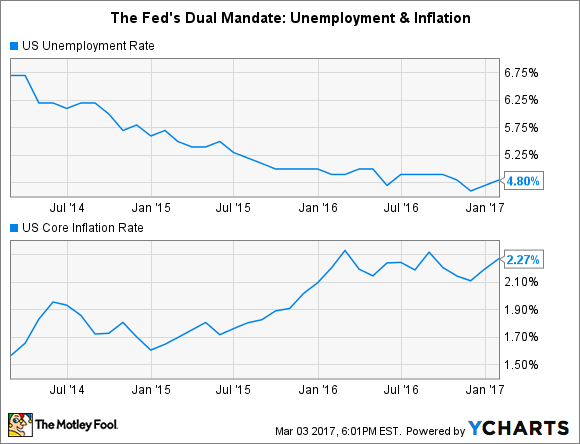 This is great news for Bank of America, as well as most other banks, which earn more money when interest rates are high than when they're low. To understand this, it's helpful to think about a bank as a retail store. But instead of selling, say, books, they sell money by making loans. It follows that the higher the price (i.e., interest rate) a bank can get on its loans, the more revenue it'll earn from its lending operations.

The increase in short- and long-term rates last year, for example, is already translating into $600 million worth of additional net interest income a quarter for Bank of America, according to its estimate. Further rate hikes this year would thus be on top of this.

It's hard to say exactly how much Bank of America's top line will expand from higher rates this year, as that depends on how much rates climb. But if they were to increase by 100 basis points, or 1 percentage point, then Bank of America's annual net interest income would grow by $3.4 billion, holding all else equal.

That's optimistic, given that the Fed is currently forecasting a 75-basis-point increase in rates, but it's nevertheless close enough to give investors a sense for how important higher rates are to the nation's second biggest bank by assets.