For a month in which the Dow Jones Industrial Average regularly set new highs and closed in on the 21,000 level, February also featured a surprising number of stocks whose performance downright stunk.

I ran a screen to identify the worst stocks from the S&P 500 in February. The bottom three performers were Southwestern Energy (NYSE:SWN), Fossil Group (NASDAQ:FOSL), and Under Armour (NYSE:UA) (NYSE:UAA). Let's see why they sucked as bad as they did, and consider what it would take to turn those declines around in the near term -- if they can. 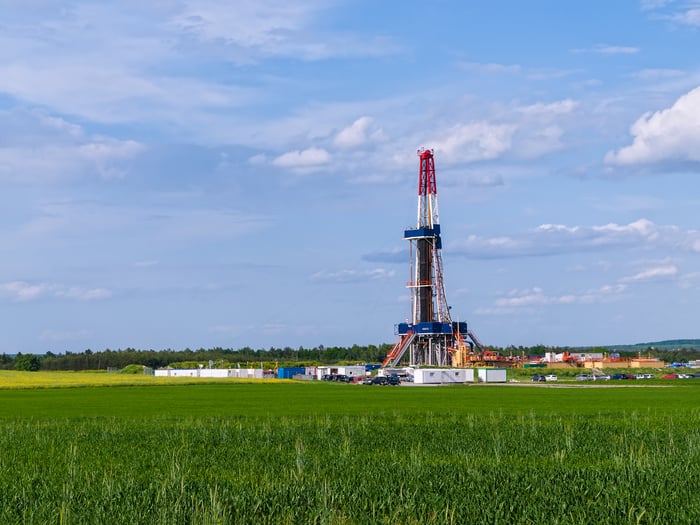 Sure, a few parts of the country were hit with winter storms that dumped some snow accumulation on them, but large swathes of the U.S. were basking in unseasonably warm temperatures last month. The mild weather has depressed natural gas prices; the Energy Information Administration said Henry Hub spot pricing fell from $2.92 per million British thermal units (MMBtu) to $2.53 per MMBtu in the most current weekly report. And though net withdrawals are some 7% above the five-year average for this time of year, they remain 10% below the year-ago average.

That makes it difficult for a natural gas and oil driller like Southwestern Energy to profitably produce energy, and the company's fourth quarter earnings results last week justify why its share prices have largely been trending down since October. Even though it was able to turn a loss a year ago into a profit of $0.08 per share this time around, it widely missed analysts' consensus expectation of $0.12 per share.

Despite the depressed pricing environment, Southwestern and other drillers insist they will keep on pumping out more supply. Indeed, the EIA expected total production from the seven shale regions of the U.S. to reach an all-time high of 48.6 billion cubic feet per day (Bcf/d) in February, to be followed by a new record of 49.1 Bcf/d in March.

That doesn't bode well for profitable pricing in the future, but Southwestern Energy has improved its balance sheet since last year, putting it in better shape financially. It still might be difficult, though, for it to shake off its troubles anytime soon, considering the spring fever that now looks likely to consume the rest of this winter. 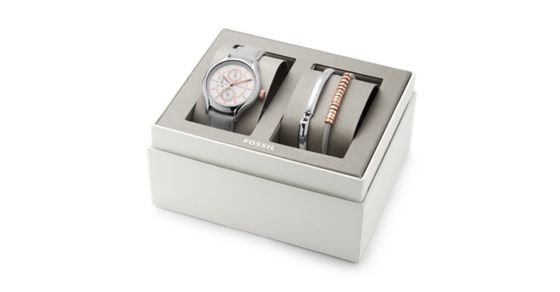 The weather map might be showing warmer temps, but it's been downright chilly for watchmaker Fossil Group, which has lost nearly a quarter of its value in February alone, and is down by more than 60% from the highs it hit back in November. The problem is not so many people wear traditional timepieces anymore, so sales in that segment are falling at a faster rate than could be compensated for by any potential pickup in new, so-called smart watches.

Though it beat analysts' expectations for the fourth quarter, its outlook for the coming year was brutal -- hence the frosty reception its report got from the market. It's anticipating its sales in 2017 will at best be flat compared to 2016, but warns they could fall as much as 6.5%. Worse, Fossil at the bottom of its forecast range could produce a loss of as much as $0.50 per share, though if its most optimistic scenario plays out, it might be able to earn a profit of $0.20 a share. That kind of a wide forecast -- big enough to drive a truck through -- indicates that not even management understands its industry all that well.

These are changing times, and Fossil's choice to hitch its wagon to the smartwatch horse may not pay off as expected. According to the market researchers at IDC, total smartwatch sales volumes plunged 51.6% in 2016's third quarter, falling to 2.7 million units shipped from the 5.6 million units shipped in the prior year. While many people may have held off on buying smartwatches while waiting for the 2.0 version of the Apple Watch -- which was only available for the last two weeks of the quarter -- those numbers still suggest weak demand.

Moreover, others like Fitbit are expanding into the full-feature smartwatch niche too, meaning the space will only get more crowded, and any growth Fossil gains from it could be very disappointing.

Talk about catching a chill: Under Armour's stock has lost a quarter of its value in February. Beyond that, it's also been cut in half over the past year, and is down 60% from its 52-week high. It's stumbling so much these days, it's almost as if someone tied the apparel maker's shoelaces together.

Sales are slowing, its new designs have been mocked, and management alienated investors, first by splitting its stock to dilute shareholder voting rights, then when its CEO publicly praised President Trump. Reaction to that latter transgression was apparently so severe the company took out a full-page newspaper ad to apologize for it.

Yet despite all that, Under Armour stock still trades at 43 times trailing earnings and 36 times estimates, meaning it still has a long, long way to fall before it hits bottom, or before investors think it's due for a recovery. Considering Under Armour has traded at relative nosebleed valuations all along, the market may be wrong about its chances for a quick rebound.

Increasingly, Under Armour is placing its bets on footwear to drag it back to growth. Last year, that segment generated more than a fifth of its revenues, but its plan to expand market share there is going to put it on a collision course with industry leader Nike, which -- despite fumbling its own recent moves forward -- still owns the lion's share of the footwear market, and a newly resurgent Skechers, which has surprised everyone recently with its strength.

Although the stock does trade at a fraction of its sales, Under Armour is also priced like a premium company that's been putting its best foot forward. But it's actually been maneuvering like it has two left feet, and it may trip over itself yet again before it finally picks itself up.