There's a flood of information to wade through. Here's a good place to start.

Aqua America (WTRG 0.33%), a leader among water utility stocks, recently reported fourth-quarter earnings. Reporting earnings per share of $0.28, Aqua America narrowly missed Wall Street's estimate of $0.29; however, in the scope of the full year, the company reported EPS of $1.32, achieving its guidance: a range of $1.30 to $1.35.

There's much more to a company's earnings report than one figure, though. So, let's dive in and focus on some things shareholders can't afford to miss. 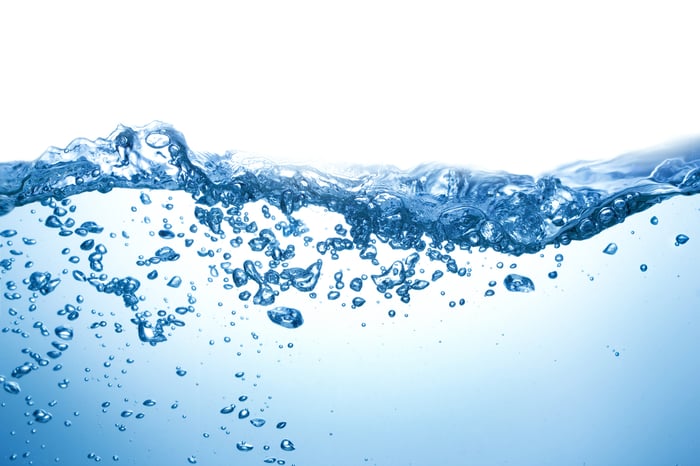 A flood of new customers

Although Aqua America expands its customer base through organic growth, the company relies heavily on the acquisitions of water and wastewater utility systems to affect top-line growth. In fiscal 2016, for example, acquisitions in the regulated segment accounted for additional water and wastewater revenues of $8.2 million. Rate increases, on the other hand, provided additional operating revenue of only $4.3 million.

Take the good with the bad...but it's not that bad

Sure, acquisitions play a vital role in growing revenue, but in expanding its footprint, the company also incurs an increase in expenses. In the fourth quarter, for example, Aqua America reported a 4.3% year-over-year increase in operations and maintenance (O&M) expenses for its regulated segment. 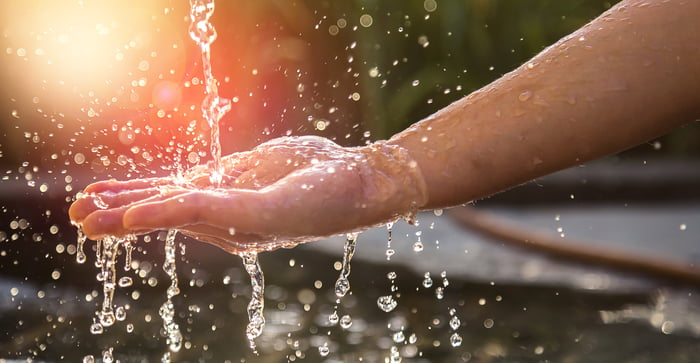 More importantly, though, is how this affects the company's regulated segment efficiency ratio, which is defined as the ratio of O&M expenses compared to operating revenues -- more or less, it's the water industry's version of an operating margin. In the recently completed quarter, Aqua America reported an efficiency ratio of 38.9%, slightly higher than the 38.2% it reported during the same period last year. Though this represents a decline in performance, it's hardly anything that raises a red flag.

In the company's 2016 10-K, management acknowledges acquisitions "of smaller undercapitalized utility systems in some areas may initially increase our operating expense ratio." And when we broaden our perspective, focusing on the full-year figures, we find Aqua America did, in fact, improve. Whereas the company reported an efficiency ratio of 36.3% in fiscal 2015, it effectively reduced expenses well enough through the first nine months of fiscal 2016 to achieve an efficiency ratio of 35.7% for the full year.

There are numerous ways in which Aqua America can improve its efficiency ratio, but one of the most significant is by adequately maintaining its infrastructure. To this end, the company reported capital expenditures of $113 million in the fourth quarter. This, in addition to the $270 million through the first nine months of the year, resulted in a company record for annual capital expenditures: $383 million.

Though it didn't break out specifics for how its capex dollars were allocated in the fourth quarter, the uses were presumably similar to those in the first nine months of the year. In the company's third-quarter 10-Q, management reported that capex dollars had been used for both expansionary and maintenance purposes: "new and replacement water mains, improvements to treatment plants, tanks, hydrants, and service lines, well and booster improvements, and other enhancements and improvements."

Apparently, management is keen on setting another capex record in fiscal 2017, forecasting capital expenditures of more than $450 million.

By most measures, Aqua America performed well in the fourth quarter, contributing to an overall successful fiscal 2016. Guiding for fiscal 2017 diluted EPS of $1.34 to $1.39, management is optimistic the company will continue riding this good wave of fortune. And as long as the company remains successful at both executing its growth through acquisition strategy and effective allocation of capex dollars, it's reasonable to share management's hopeful outlook.