Please ensure Javascript is enabled for purposes of website accessibility
Log In Help Join The Motley Fool
Free Article Join Over 1 Million Premium Members And Get More In-Depth Stock Guidance and Research
By George Budwell, Keith Speights, and Cory Renauer - Mar 6, 2017 at 8:23AM

Here's why you may want to sidestep these three high-yield dividend stocks.

Stocks with better-than-average dividends can provide a tremendous boost to your portfolio. The harsh reality, though, is that a large proportion of stocks that offer elevated yields do so because of fundamental weaknesses in their underlying business, making them extremely risky equities to own.

Armed with this insight, we asked our Foolish contributors which high-yield dividend stocks they think might be tempting to buy but are actually better left out of a portfolio right now. They suggested that GlaxoSmithKline (GSK 2.20%), Guess? (GES 3.10%), and AstraZeneca (AZN 3.80%) are all too risky. Here's why. 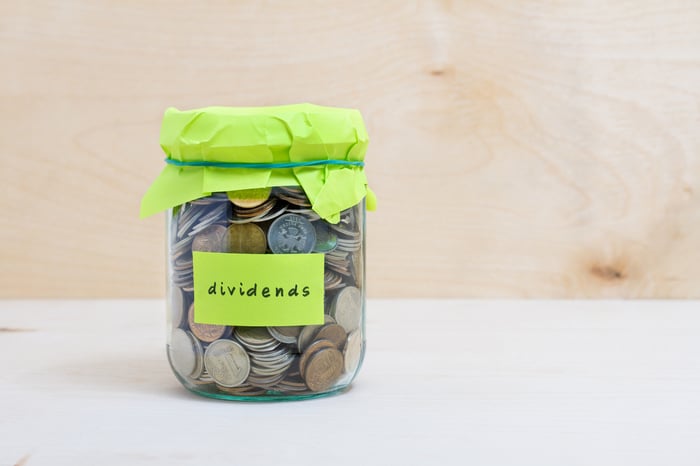 This sky-high dividend is actually a red flag

George Budwell (GlaxoSmithKline): Among major drug manufacturers, GlaxoSmithKline occupies rarefied air in terms of its sky-high dividend yield of nearly 5%. After all, the industry average is roughly half this figure, thanks largely to the high costs associated with drug development.

Glaxo's unusually high payout, however, isn't exactly a compelling reason to buy this pharma stock. The short story is that Glaxo's revenues and stock have both steadily moved southward over the past few years due to reimbursement issues for its all-important respiratory drugs like Anoro and Breo Ellipta, a spate of clinical failures that triggered an asset swap with Novartis, and a Chinese bribery scandal that's still impacting its sales in this key emerging market.

Despite this tsunami of bad news, though, the drugmaker's management has stubbornly refused to lower the company's upper echelon dividend, resulting in a mind-boggling 12-month trailing payout ratio of 1,373%. Put simply, Glaxo can't really afford to maintain its dividend program at current levels, or perhaps at all.

And with Emma Walmsley taking over for Andrew Witty as CEO this April, there's a good chance that Glaxo's dividend could be on the chopping block. Walmsley, after all, is reportedly interested in boosting the drugmaker's top-line through strategic acquisitions -- a move that Witty rarely employed during his tenure. Any largish acquisitions, however, would obviously necessitate a major shift in capital allocation, implying that this top pharma dividend is probably about to be slashed.

In all, there are some good reasons to actually buy this struggling drugmaker, but its abnormally high dividend simply isn't one of them.

In the red is not the new black

Cory Renauer (Guess?): When the purveyor of stylish clothing last reported quarterly results, operating margins for the Asia segment crossed into negative territory, and the vital Americas segment sank even deeper into the red compared to the previous year period.

On the whole, the retailer is barely clinging to profitability, with a 0.1% operating margin during the first nine months of the year. This makes the 7.2% dividend yield Guess stock offers at recent prices one that investors would do well to avoid.

Guess is one of many established retailers feeling the pressure of shifting consumer trends. Competition from "fast fashion" upstarts that can analyze and adjust their offerings in a fraction of the time and cost that Guess and its peers are accustomed to are taking a toll.

It's been 12 quarters since the company raised its quarterly payout, and there's little chance investors will see a raise in the near future. In fact, I wouldn't be at all surprised if it slashed the payout within the next couple years. Free cash flow is calculated as cash generated from operations minus capital expenditures necessary to maintain those operations, although income investors prefer to think of it as funds available for distribution. Over the past four quarters, free cash flow at Guess was a negative $26.5 million, which essentially means the company needs to dip into cash reserves to make dividend payments of around $57.4 million each quarter.

With $349.1 million in cash and cash equivalents on its balance sheet at the end of October, the company can only continue paying its dividend for so long before it needs to make a very unpopular decision.

A big pharma with even bigger uncertainty

Keith Speights (AstraZeneca): For nearly three decades, AstraZeneca (AZN 3.80%) has ranked among the best big pharma dividend stocks. The drugmaker's dividend yield currently stands at a mouth-watering 6.5%. You'll be better off looking elsewhere, though -- there are many question marks about AstraZeneca's future.

AstraZeneca claimed three multi-billion-dollar drugs in 2016, and all of them are past their primes. Sales for cholesterol drug Crestor plunged 32% to $3.4 billion. Respiratory drug Symbicort saw revenue drop 12% year over year to just under $3 billion. Sales for acid reflux medication Nexium fell 19% to a little over $2 billion.

And it's not just the big moneymakers that are making less money. Sales for half of AstraZeneca's top drugs declined in 2016 compared to the prior year. The company projects earnings per share will fall by a low- to mid-teens percentage this year.

AstraZeneca already spends well more than it is earning to cover dividend payments. The company does have some promising candidates in its pipeline, but that promise isn't enough to give a warm-and-fuzzy feeling about AstraZeneca's dividend with earnings continuing to slide.