Please ensure Javascript is enabled for purposes of website accessibility
Log In Help Join The Motley Fool
Free Article Join Over 1 Million Premium Members And Get More In-Depth Stock Guidance and Research
By Lee Samaha - Mar 6, 2017 at 9:11AM

The agricultural machinery producer has faced difficult market conditions in the last few years, but that hasn't hurt its stock price, and its overall end-markets look better in 2017.

You have to hand it to Deere & Company's (DE 0.12%) management. Not much has gone right from an end-market perspective in the last few years, with US farm cash receipts declining since 2014 as prices of key agricultural crops (ex. corn, wheat, and soybean) continue to fall. The end result is that farmers are declining to buy new equipment -- particularly the kind of high-margin large agricultural machinery that Deere thrives on -- and the company's sales have slumped. 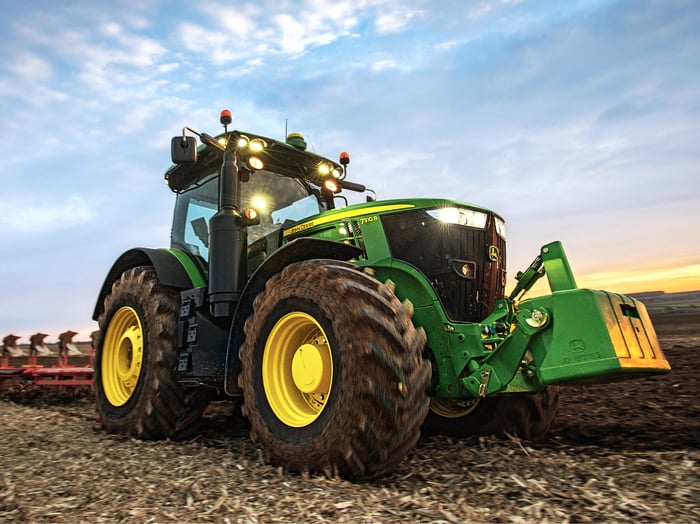 It's easy to look at price charts of Deere and agricultural peers AGCO Corporation (AGCO 0.88%) and CNH Industrial NV (CNHI 0.64%) alongside construction machinery rival Caterpillar Inc. (CAT 0.23%) and conclude that it's simply a matter of Deere's stock being buoyed by the sector. 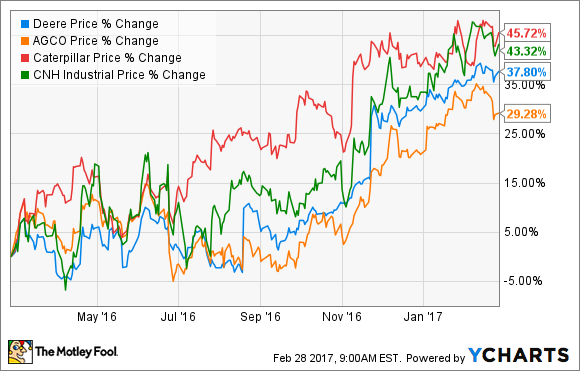 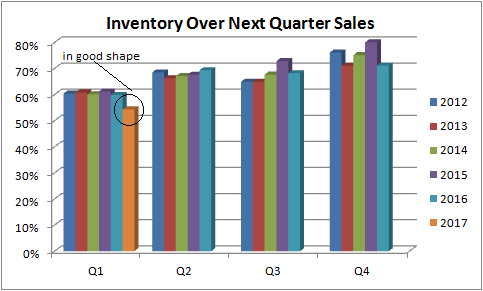 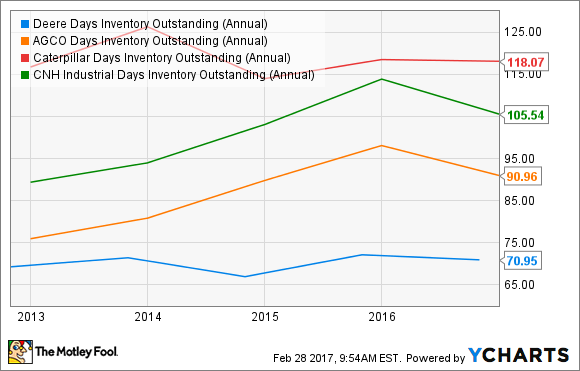 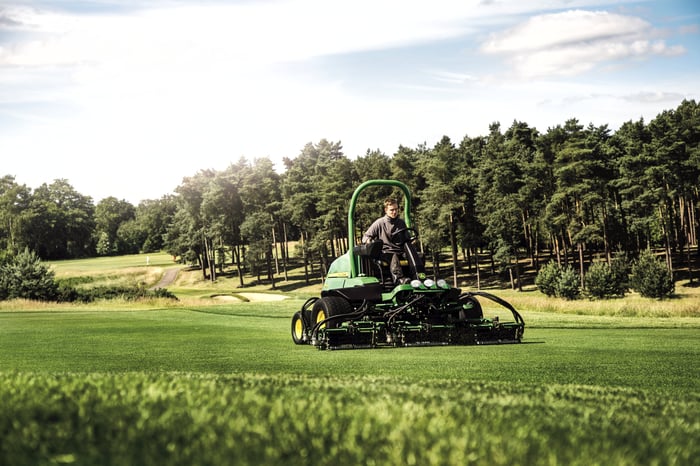