With nearly one-third of its shares sold short, are GoPro’s stock price woes likely to continue?

So far, the idea that shooting for the moon will, at worst, land you among the stars hasn't worked out too well for GoPro (GPRO 0.08%) investors.

GoPro and its then-innovative action cameras were hyped as the second coming of Apple in the run-up to its initial public offering in 2014. "A GoPro in every household!" was effectively the rallying cry, which sent its stock to frenzied new heights in the months following the public listing. Then reality -- and the competition -- began to clash with GoPro's rosy narrative, sending the company's stock from around $90 to just over $9 in a little over two years' time: 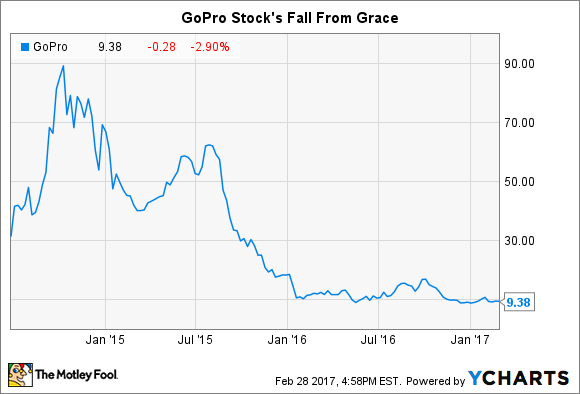 Fast-forward to today, and many investors still believe GoPro's stock will fall further in the months ahead, as evidenced by its whopping 31% short interest. But are they right, especially after the precipitous losses it has already endured?

The bear thesis for GoPro is fairly well-worn at this point. As the narrative goes, just about everything that could go wrong for a public company has gone awry for the action-camera maker.

The first and most important issue with GoPro lay in its company's core business model -- making and selling high-margin consumer electronics. Lacking a way to differentiate itself, GoPro soon found itself on the defensive against an onslaught of similar action-capture devices, the pictured Polaroid Cube being just one example. 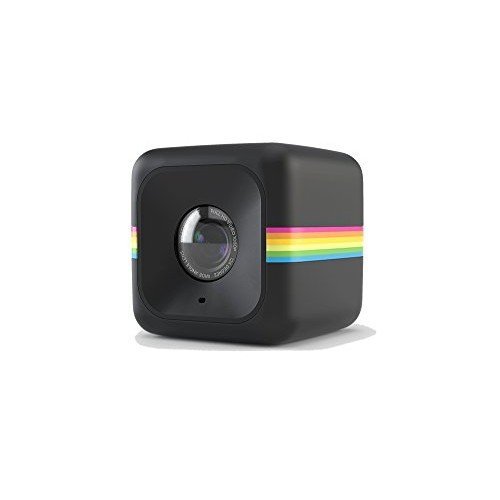 Almost predictably, quarterly revenue began to decline compared to the prior year starting last year, which pushed the company's bottom line into the red. Other consumer-electronics companies like FitBit and Skullcandy have suffered similar fates; investors who thought this time would be different paid dearly for their overoptimism.

To avert a nosedive, GoPro pursued several different strategies to help differentiate itself from the competition. This included creating its own entertainment division centered around the troves of content its users submit to its social-media channels, launching a streamlined video-editing app for smartphones, and moving into new product categories like drones and 360-degree capture rigs for virtual-reality video production.

Unfortunately, GoPro struggled to enact many of these efforts as scheduled, and some of them generated too little revenue to continue to pursue. This led the company to fire 15% of its workforce in late 2016 and to shutter its entertainment division altogether. GoPro reported fourth-quarter and fiscal-year 2016 results in early February that showed a full-year sales decline compared to 2015. The company also flipped from a GAAP (generally accepted accounting principles) profit of $36 million in FY 2015 to a GAAP loss of $419 million for FY 2016. Indeed, watching the debacle unfold in recent years has been like watching a 10-car pileup in slow motion. And given the sizable bets investors continue to hold against GoPro stock today, do more tough times appear ahead?

To short or not to short?

Looking into GoPro's current fiscal year and beyond, the company is undeniably in the best shape that it has been in recent years. As part of last year's restructuring, the company claims it has reduced its annual operating expenses by $100 million, which will allow it to keep them below $600 million in 2017. That is indeed a step in the right direction, as GoPro hopes to convince investors its business model is long-term sustainable. Moreover, its Karma drone is finally back on the market after an embarrassing recall, and its HERO5 Black camera has hopefully weathered its own launch-related issues that caused the company to miss important holiday-season demand. GoPro believes it has worked out a strategy to help differentiate itself from competitors through its Quik video-editing smartphone app, and its GoPro Plus cloud-based photo-storage service.

That being said, GoPro's long history of faulty execution makes me wary that it can make good on these opportunities, and I am by no means alone in that estimation. Wall Street analysts only expect the company to grow sales 5.7% in the current year and 5.5% next year. More concerning yet, analysts project the company's GAAP losses to continue over the next two years. Tellingly, the average analyst price target for GoPro shares at present is $8.93, below the $9.40 at which it trades.

In the final analysis, I wouldn't be so bold as to short GoPro stock, as so many other investors are doing today. However, GoPro's depressing track record and lingering questions about the tenability of its business model certainly don't instill enough confidence to justify placing your hard-earned retirement savings into its shares, either.