Those numbers weren't great, but a 10% sell-off seemed excessive for a minor top-line miss. Let's review the key points from AEO's quarter to see if the sell-off represents a long-term buying opportunity for the stock. 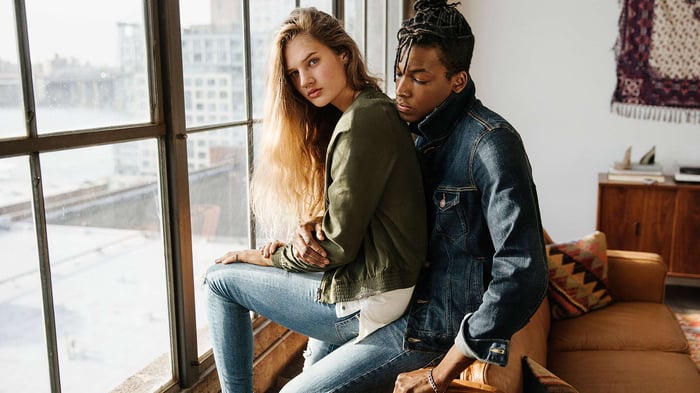 Like many apparel retailers, AEO has been losing ground to fast fashion chains like Zara, Forever 21, and H&M. Those companies offer cheaper goods and rotate them faster -- replacing seasonal fashions with new looks every few weeks.

AEO has also struggled with declining mall traffic as bankrupt peers like Aeropostale and The Limited flooded the market with cheap apparel. That's why AEO's comps rose just 0.4% during the fourth quarter, compared to 4% growth in the prior year quarter.

However, AEO's comps growth remains more reliable than many of its peers. Gap's (GPS -3.34%) comps rose 2% last quarter, but that only followed a 7% decline a year earlier. Abercrombie & Fitch's (ANF -3.02%) comps fell 5% last quarter, compared to 1% growth a year ago. 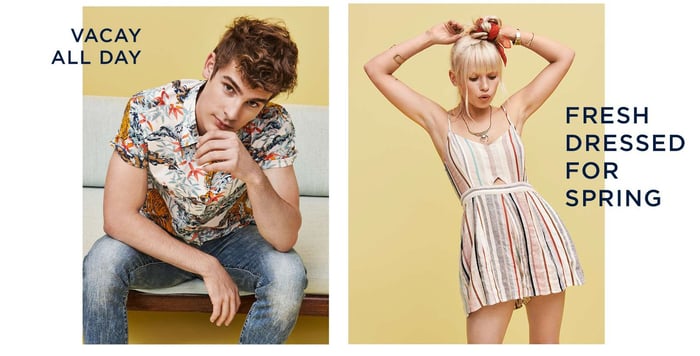 AEO's inventories rose 17% annually. That initially seemed poor relative to Gap's 2% decline and A&F's 8% drop in their most recent quarters, but AEO attributed that spike to the stocking up on bottoms and Aerie products to address higher demand -- so it isn't necessarily a red flag.

But looking ahead, AEO expects a flat to "low single-digit" decline in comps growth for the first quarter -- which compares poorly to its 6% growth in the prior year quarter. It also expects "increased promotional activity" to reduce its adjusted EPS to $0.15-$0.17 -- down from $0.22 a year earlier.

On the bright side, Aerie's comps rose 17% during the quarter, thanks to robust demand for its core intimates and activewear. However, Aerie remains a much smaller brand than AEO's namesake brand, which offset most of that growth with a 1% comps decline.

AEO finished 2016 with 943 American Eagle stores, which included 88 Aerie side-by-side locations. It also operated 102 stand-alone Aerie stores and 176 licensed stores. Aerie chief Jen Foyle believes that opening "300 plus stores over time" and diversifying the brand into new categories like swimwear will eventually increase the brand's reach and its weight on AEO's top line. 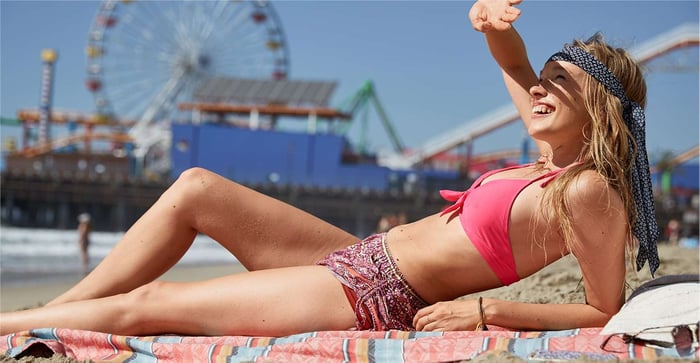 AEO's gross margin rose 30 basis points annually to 35.4%, and its operating margin widened 20 basis points to 9.8%. That's significantly higher than Gap and A&F's respective operating margins of 7.7% and 5.9% from their most recent quarters. Promotional activities will likely hurt AEO's margins during the first quarter, but CFO Bob Madore noted during the conference call that prices were expected to improve "significantly more into the second quarter."

AEO reduced its store count by 2% sequentially, and pointed out that 27% of its revenues were coming from digital platforms. It also noted that mobile penetration for its site rose over 35% annually. This "soft" rebalancing of AEO's core business between brick-and-mortar and digital platforms is much less jarring than other restructuring efforts, like Gap's plan to shutter 65 stores.

Lastly, Madore noted that AEO was "constantly looking at the opportunity" to repurchase stock. AEO has returned $1.6 billion to shareholders since 2010, with about 60% in dividends and the rest in buybacks. With the stock floundering just slightly above its 52-week low, it could be the right time to initiate a big buyback plan.

AEO has had a rough year, but the stock remains a "best in breed" play in the tough apparel market. Its growth might seem weak -- since analysts expect its revenue and earnings to respectively rise 3% and 1% this year -- but it has two fundamental strengths.

First, AEO currently trades at just 12 times earnings, which is lower than Gap's P/E of 15 and the industry average of 24 for apparel retailers. Second, its forward yield of 3.5%, which is comfortably supported by a payout ratio of 39%, is also much higher than the S&P 500's average yield of 2%. AEO won't surge anytime soon, but its low multiple and high dividend could make it a good long-term play for conservative income investors.