The units of Natural Resource Partners L.P. (NYSE:NRP) rose an impressive 20% in the short month of February. That comes after a 10% rise in January and a whopping 153% gain in 2016.

There's multiple stories here, including a generally improving outlook for coal. However, Natural Resource Partners' competitors didn't fare as well in February. For example, Alliance Resource Partners LP (NASDAQ:ARLP), one of the best positioned coal miners, was down roughly 4% last month. Other competitors fared even worse, with Westmoreland Coal Company down 20% and Cloud Peak Energy (NYSE:CLD) and CNX Coal Resources LP both down around 12%. 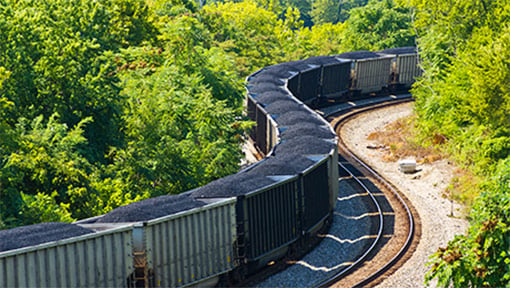 There's a couple of reasons that could be behind Natural Resource Partners' disparate performance. First, it isn't a pure-play thermal coal miner like some of its harder hit peers. Alliance, for example, basically only mines thermal coal and it's primarily focused on just one region, the Illinois basin. Coal prices were relatively weak in February out of that basin. Cloud Peak, meanwhile, is purely focused on the Powder River basin. Coal prices were flat to lower there, too, last month.

Natural Resource partners, by comparison, owns thermal and metallurgical coal mines across multiple regions, as well as a basket of properties focused on aggregates and soda ash. It's been growing those last two businesses and they tend to be much more stable than coal has been of late. So Natural Resource Partners is more diversified and can benefit from its more stable aggregates assets where more focused coal peers can't.

Natural Resource Partners also managed to extend quickly approaching 2018 debt maturities, issue $250 million worth of preferred shares, and extend a credit facility in February. That came at a cost, notably higher interest rates, but also included new investment by an arm of Blackstone Group LP (NYSE:BX). It could easily be argued that Blackstone's interest in Natural Resource Partners is a vote of confidence in the partnership's future. There's a lot of fine print to this series of transactions, but it should put the company on much firmer financial ground.

That's clearly good news for Natural Resource Partners and its unitholders. This deal didn't get signed until late in the month, but based on the complexity and number of counterparties involved it's not unrealistic to expect that excitement over a pending deal started to hit the Street a little early. This isn't meant to suggest that anything nefarious was going on, since it was a clear goal of the partnership to deal with its debts as early as possible. But Wall Street does have a habit of acting quickly when rumors emerge...

Wyatt Hogan, Natural Resource Partners' President and Chief Operating Officer, commented on the deal by saying, "Today is the beginning of a new era for NRP." I'm inclined to believe him. However, for me, that means that investors should step back and do a complete review of the partnership. It looks like Natural Resource Partners has done a good job repositioning itself for growth, but after the price advance the units have seen in the past year or so, you might need to temper your enthusiasm.