Sears Holdings (NASDAQ:SHLDQ) chairman and CEO Eddie Lampert has finally begun implementing a series of smart and on target initiatives to revive the retailer. But they're so delayed, and the once-venerable company has fallen so far and been damaged so badly, that they likely won't matter.

It's tough to know which stress fracture was the one that caused management to become motivated to get creative so late in the game, particularly since Sears has been teetering on the edge of the abyss for so long. If nothing else, it's a welcome change from the stopgap measures Lampert had been trotting out time and again for years, but the new game plan just may be a case of too little, too late. 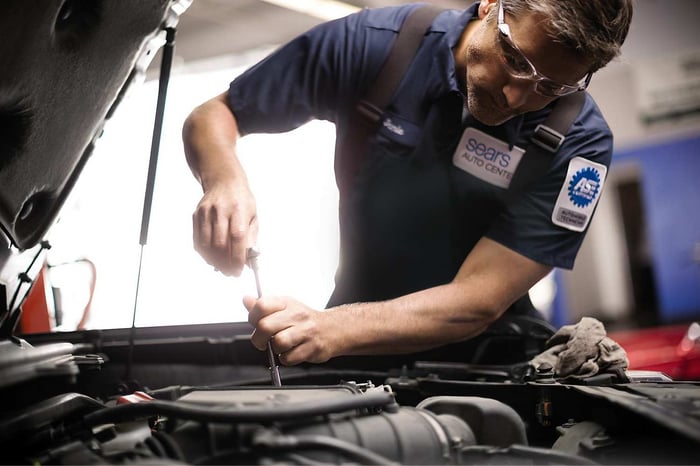 Whatever the reason, Sears is looking like an innovative retailer that is playing to its strengths to gain the best advantage. As doubtful as it may be, let's hope they work.

Last month, Sears announced it was opening what it called a first-of-its-kind DieHard Auto Center Driven by Sears store -- an automotive maintenance and repair service station that taps into the popularity and name recognition of its DieHard battery brand. Although Sears Auto Centers have long been a key asset of the retailer's operations, tying it to DieHard is a smart branding decision that leverages all the goodwill the batteries bring with them.

When Lampert first said he would begin trying to come up with new ways to extend its brands, Sears noted that DieHard tires were the third-most popular brand on the market. Except, DieHard doesn't make tires! But consumers have such a high regard for the brand and it's so closely associated with automobiles that Sears probably should start manufacturing some. An auto center branded after the battery maker may just be the next best thing.

A week after the auto center news, Sears followed up with a branding deal for its Kenmore appliances that would see a line of outdoor gas grills be manufactured by grill maker Permasteel. According to industry site TWICE, the licensing deal will see a variety of Kenmore grills, small kitchen appliances, cookware, and other "brand-relevant adjacent products" developed that will then be sold through other retailers. 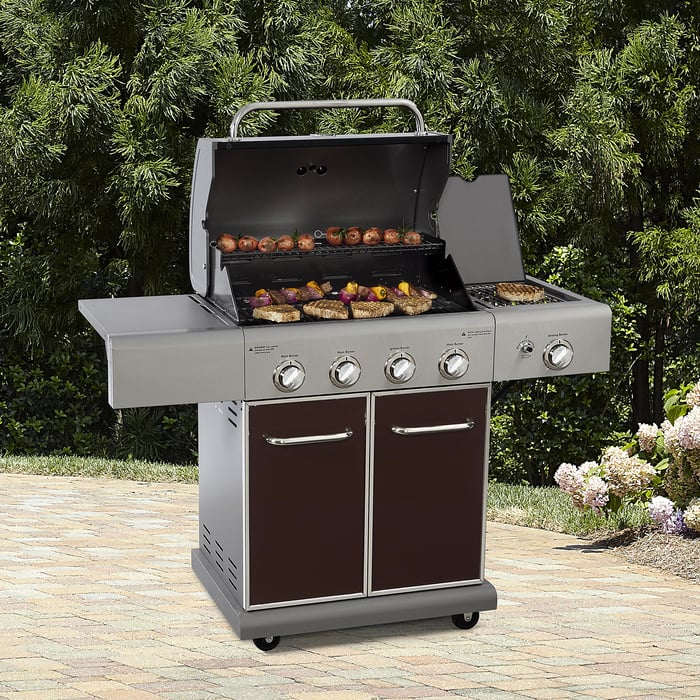 Although the Kenmore brand has fallen hard from the days when it owned some 40% of the appliance market -- it's down to around 12% these days -- it still has terrific name recognition and extending its presence throughout the kitchen and home, and even into the outdoors, seems like another smart move.

Sears is already encountering greater competition in the appliance market, and not just from rival brands like Whirlpool, GE, or LG, but also from retailers like J.C. Penney (OTC:JCPN.Q), which is stepping up its efforts to bolster its Home department by reintroducing appliances into its stores. It recently said it will be adding 100 more new appliance showrooms to the existing 500, so Sears needs something that will give it greater relevance to the consumer.

This again seems like a smart move. Although Sears currently produces Kenmore grills, getting them to more consumers through outlets other than Sears makes sense. Extending the brand on to other household goods that have a tangential relationship to appliances -- unlike the Kenmore TV idea it broached when first bandying brand extension ideas around -- ought to be well received. 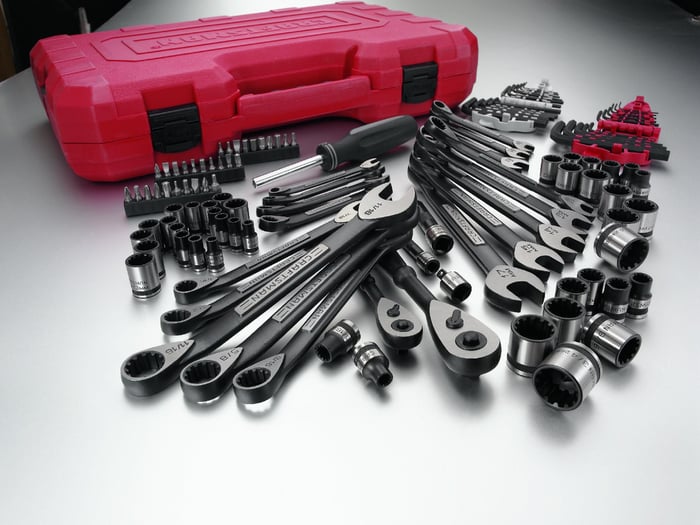 The only disappointment here is the latest moves highlight what might have been possible with the Craftsman tool brand had Sears not ended up selling it to Stanley Black & Decker (NYSE:SWK). Although there was some creative thinking involved in the way the deal was structured, giving Sears a percentage of the revenues from Craftsman sales that Stanley generates for the next few years as well as allowing it to also make and sell Craftsman tools for the next decade, it's a shame Sears had to let the brand go.

Unfortunately, because of all the short-sighted maneuvers the retailer has made over the years, it was likely Sears needed another cash infusion right away just to keep itself in business. Had something as creative as what Lampert's come up with for the DieHard and Kenmore brands been realized with Craftsman, it would have been a powerful triumvirate of ideas that could have led the way to a resurgence.

The foregoing doesn't mean I've turned into a Sears Holdings bull, as Lampert has dug a seriously deep hole that will be nearly impossible for the retailer to climb out of, but it does at least offer a glimmer of hope the chairman and CEO has finally -- finally! -- gotten serious about saving the retailer. There are still dark days ahead for Sears, but at least now there is a basis for saying there is a chance the ending may be different.