Broadcom (NASDAQ:AVGO) recently reported its financial results for the first quarter of its fiscal year 2017 and the results were quite good, with revenue and earnings per share edging out analyst consensus. Furthermore, the company guided to year-over-year revenue growth in the current quarter of roughly 15% -- well above its long-term growth target of "mid-single digits" annual revenue growth.

On the call, Broadcom CEO Hock Tan pointed out that the company's "revenue trajectory in the first half of fiscal 2017 could possibly extend into the second half [of fiscal year 2017]." 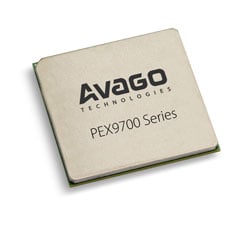 What was interesting, though, is that Tan didn't point out that robust growth rate to brag or try to puff up expectations around the business and the stock. Instead, he wanted to explicitly make the point that the growth that the company is experiencing in the near-term probably isn't sustainable over the long term.

One problem that some companies face when they see near-term growth spurts is that some analysts take the growth rates that such companies have enjoyed in the near-term and fundamentally rework their financial models/predictions around structurally higher growth rates.

When expectations get ratcheted up across the board, this can sometimes have the effect of providing a near-term boost to the stock price -- after all, if investors expect higher revenues and fatter profits than they did before, then they're likely to be willing to pay more for the stock.

However, if Wall Street expectations ultimately become too inflated, then at some point the company's financial results won't reflect investor expectations, ultimately leading to investor disappointment and a potential sell-off in the stock (the magnitude of which may depend, in part, on just how inflated those expectations were).

What Broadcom did here is to very explicitly reiterate its long-term revenue guidance of "mid-single digit" growth so that even if the company delivers blowout growth this year, investors won't (necessarily) be led to believe that the company is going to deliver a structurally higher growth rate in the years ahead.

Mid-single digits can be exciting

On the surface, it might not seem that "mid-single digit" growth is all that exciting, especially for a technology stock. However, it's the combination of solid and consistent revenue growth prospects and Broadcom's ability to extract significant efficiencies from its business that make the company (and the stock) so interesting.

To put things into perspective, Broadcom reported operating margin of 43.5% in its most recent quarter -- nearly hitting the company's long-term operating margin target of 45% of revenue. Such margins are extremely compelling, making Broadcom one of the most profitable publicly traded semiconductor companies today.

If the company can achieve that last point-and-a-half of operating margin expansion (from 43.5% to 45%) and if it can consistently grow revenues at a mid-single digit pace (that is, 4-6% growth), then investors can count on consistent (and significant) operating profit growth in the years ahead.

Broadcom isn't a stock that investors are going to "get rich quick" from, but it's clearly a rock-solid chip company that's very profitable, has a reasonable pathway to revenue and profit growth, and has strong, high-integrity management.