This battery-electric Bentley convertible could arrive in 2021 -- thanks in part to Tesla.

For now, the Bentley EXP 12 Speed 6e Concept, as it's called, is strictly for show. But it's a show car with a mission: To help Bentley decide if it's time to grab an opportunity it sees for an electric luxury car positioned above the products from Tesla (TSLA 0.05%). 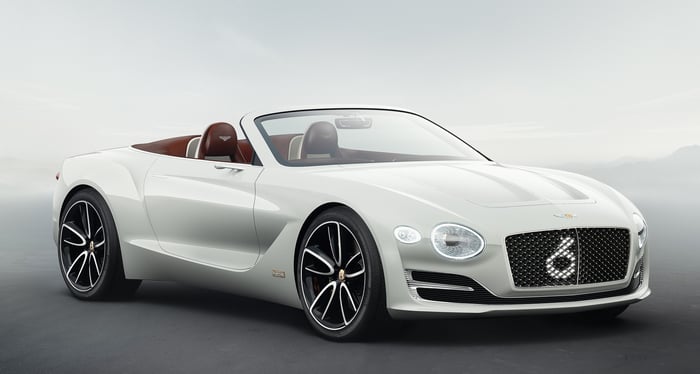 What it is: A Bentley, only electric

The EXP 12 Speed 6e is a high-performance convertible with the craftsmanship and interior details that are typical of Bentley (that is to say, exquisite). It has the usual high-tech touches, but done Bentley's way: The interior is swathed in fine leather, wood, and hand-cut glass. 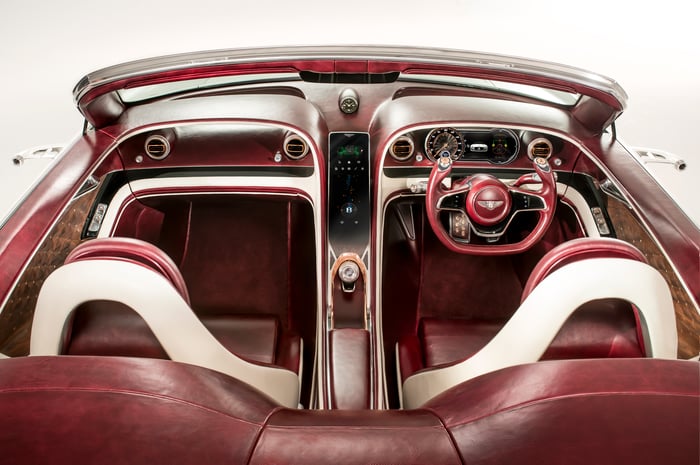 Bentley said that a production version would have rapid inductive charging and "a range sufficient for grand touring requirements." But didn't give details of the car's powertrain or specifics on its battery or range, because this isn't intended to be a production car.

Instead, as Bentley CEO Wolfgang Durheimer explained, this Bentley is intended to be a starting point for conversations with potential customers:

The EXP 12 Speed 6e is a concept to show that Bentley is defining electric motoring in the luxury sector, with the appropriate technology, high quality materials and refinement levels you'd expect from a true Bentley. This concept enables us to engage with luxury customers and gather feedback on our approach.

Bentley is committed to offering an electric model in its future portfolio and we are interested to receive feedback on this concept.

In an interview at the Geneva Motor Show, Durheimer told Bloomberg that part of the idea is to find out if it's time for Bentley to develop an electric model -- or if its customers will continue to be happy with combustion engines and hybrids for the time being. (Bentley will roll out its first plug-in hybrid next year.) If the electric concept is well-received, Bentley could have an electric model on the market by 2021, he said.

But whether it turns out to be the right time or not, an electric Bentley is coming, thanks to an opportunity created by Tesla.

Why Tesla's success creates an opening for an electric Bentley

Bentley, like other super-luxury brands, is eyeing the market segment above vehicles like Tesla's Model S and Model X. Those Teslas are broadly competitive with the upper-tier models from luxury brands like BMW and Mercedes-Benz in terms of performance and features (and price). But there's space for something even more luxurious.

Brands like Bentley, and its British competitors Rolls-Royce and Aston Martin, have for many years found a small but profitable market in luxury cars that are a step up from the likes of BMW and Mercedes. Now, they see an opportunity to build cars for well-heeled, electric-car enthusiasts who might be happy Tesla owners today, but might also be interested in an opportunity to move up to something more deluxe, more personalized. 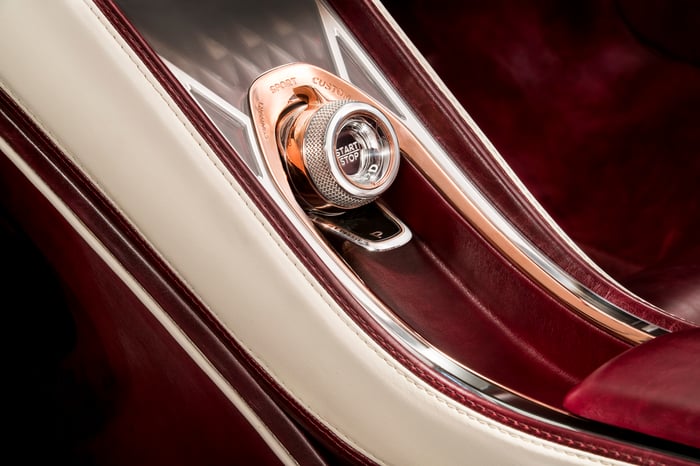 Bentley's typical attention to hand-crafted detail is far from ordinary, even by Tesla or BMW standards. Image source: Bentley Motors.

To credibly appeal to Tesla owners, Bentley will have to incorporate high-quality technology into its eventual electric car. That shouldn't be a problem: Bentley Motors is owned by giant Volkswagen AG (VWAGY 0.41%), and will presumably take advantage of the battery-electric technology being developed for its sibling brands, Audi and Porsche.

That technology is thought to be quite advanced: Audi plans to launch a battery-electric SUV aimed directly at Tesla's Model X early next year. An electric Porsche sports sedan is expected to follow about a year later.

It may or may not exactly match Tesla's technology. But it should be close enough to satisfy customers drawn to Bentley's other attributes -- customers that will be interested in an electric Bentley largely because of Tesla's success. 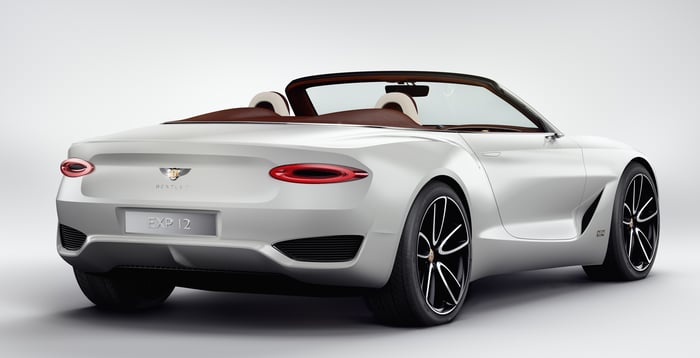 So will Bentley go electric?

I think it's likely that Bentley will go electric. The total world market for such a Bentley might only be a few thousand models a year, at most -- at least at first. But this is a brand that sold a grand total 11,023 cars worldwide last year. Given that an electric Bentley would be using technology sourced from its corporate parent, it doesn't seem like it would have to sell in huge numbers to turn a profit.

With Europe and China moving more aggressively toward electric vehicles, and all of those Tesla customers in the United States, it seems likely that a well-done Bentley with a competitive battery-electric drivetrain would find enough customers to make the effort worthwhile. We'll likely find out in another year or so.