Shares of communications equipment supplier Ciena Corporation (CIEN -0.66%) slumped more than 10% in early-morning trading on Wednesday before climbing back to "only" an 8.8% loss as of 3:15 p.m. EST.

Ciena reported disappointing earnings for its first fiscal quarter 2017 earlier in the day. Earnings per share came in at $0.03, well below analyst estimates of $0.29 per share. The analysts may have been projecting "pro forma" earnings, of course, but even by that measure, Ciena says its "adjusted" earnings for the quarter were only $0.26 -- still a miss.

Revenues likewise fell short of Wall Street's targets, with Ciena reporting Q1 sales of $621.5 million, short of the $632.6 million that analysts had forecasted. 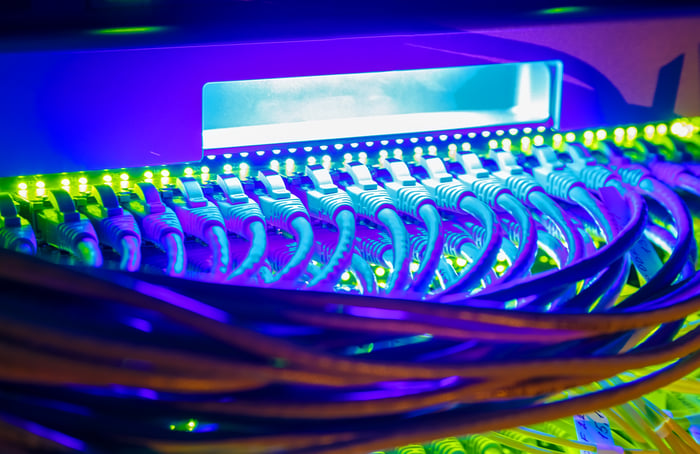 The question is: Can Ciena bounce back?

Although it missed estimates, Ciena has already demonstrated some respectable momentum, with sales growing 8.4% year over year in the first quarter, and the company's $0.03 GAAP profit comparing well to the $0.08 per share that Ciena lost in the year-ago quarter.

What's more, Ciena's guidance for the current fiscal second quarter suggests that the growth streak will continue. Management is calling for revenues to range between $680 million and $710 million in Q2. At the midpoint, that would work out to another 8.4% growth rate compared to last year's fiscal Q2. Not for nothing, but it would also be nearly 10% more revenue than analysts are expecting Ciena to make.

The same investors who are selling Ciena today could soon have a reason to buy.