The travel recommendation specialist shot up on talk about a possible acquisition, but it's only superficial.

Shares of TripAdvisor Inc. (TRIP 5.57%) were gaining today after comments from Chairman Greg Maffei prompted speculation about a potential merger and acquisition deal. As of 3:28 p.m. EST, the stock was up 6.2%.

In an analyst note from Cowen & Co., the research firm highlighted comments Maffei made at a conference earlier this week, where he said the company's appeal to a potential buyer acts as a floor on the stock. Maffei named Facebook, Amazon.com, and Alibaba as possible buyers, saying they would understand the value of the business. 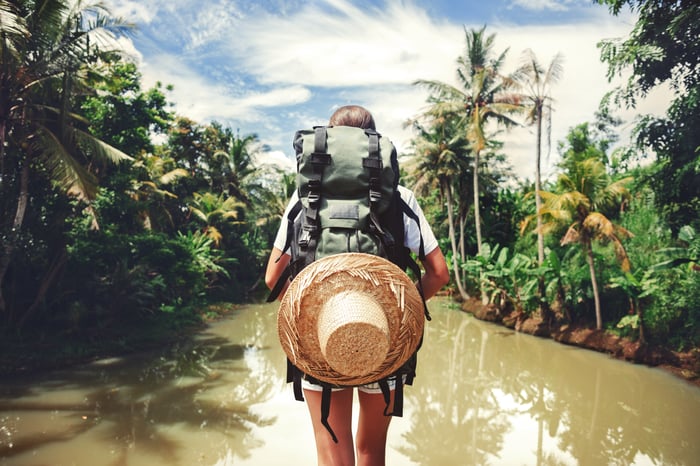 TripAdvisor shares have indeed been hammered over the past year as the company's transition away from click-based advertising to offering booking services similar to online travel agents like Priceline Group and Expedia is taking longer than expected and resulted in profits falling last year.

Strangely, Cowen's commentary on Maffei's remarks seemed to be negative, and for the chairman to be using the company's buyout appeal to prop up the stock signals that he may not be particularly bullish on its fundamentals.

TripAdvisor, which was spun off from Expedia a few years ago, has been talked about before as a buyout target, but likely buyers are more likely to be other online travel agencies rather than the companies Maffei listed above.

Either way, the market seems to be overreacting to this news as it does not indicate that TripAdvisor is seeking a buyer, nor is it evidence that it's been approached by one.