By now you know: Snap Inc. (NYSE:SNAP) -- self-proclaimed camera company, fast-growing messaging app, and depending on who you talk to, either the next Facebook (NASDAQ:FB) or the next Twitter (NYSE:TWTR) -- is a publicly traded company. But here's what you may not know: It's already a wildly popular investment choice among millennial investors. The Wall Street Journal reported last week that 43% of online brokerage Robinhood's users bought shares of Snap on the day it went public. 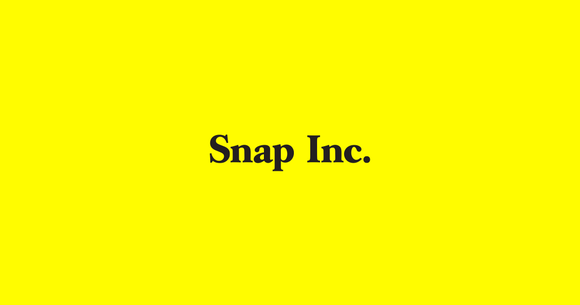 Given the overlap between the user bases of Robinhood and Snap -- both skew heavily millennial -- this may seem like smart investing. It was none other than master investor Peter Lynch who advised a generation of individual investors to strongly consider buying the stocks of companies with whose products they were familiar (the oft-quoted "buy what you know"). But early investors in Snap's publicly listed shares have already experienced quite the ride. After spiking in its first days of trading as investors clamored for the shares, demand has declined and Snap is down more than 25% from its intraday high.

Where does Snap go from here? I won't pretend to know. But no matter what happens next, beginner investors who bought shares of the company should be proud that they got started investing in stocks and -- provided they stick with it -- stand to learn a lot about investing.

As for what those lessons will be, that's going to depend on whether or not Snap succeeds as an investment. Let's take a look at three potential lessons from two possible futures.

If Snap wins from here:

1. Visionary leadership is a good thing

From competition to questionable economics, there are a lot of forces working against Snap's success. But if there is something working for it, it's the obvious dedication and vision of co-founder and CEO Evan Spiegel. While Spiegel is a somewhat controversial figure, it's clear from the company's prospectus that he has strong opinions about the future of Snap. From declaring that Snap is a camera company to being explicit about the company's willingness to take risks to build engaging products, this is not a company that it will inadvertently lose its strategic direction. In fact, in order to be sure that the direction of Snap is determined by Spiegel and Spiegel alone, the shares of stock that Snap sold to investors do not have any voting rights. That means shareholders can't weigh on management performance, the composition of the board, or even executive compensation. What's more, Spiegel continues to own nearly 20% of the company, giving him a vested interest in increasing the value of the firm.

There is a tradition of visionary CEOs from Sam Walton to Steve Jobs to Jeff Bezos to Mark Zuckerberg who have seemingly willed their companies to greatness even when Wall Street didn't understand what those executives were trying to accomplish. If Snap succeeds from here, Spiegel is in a position to be added to that list and serve as another example that leadership is as fundamental to investing success as financials.

2. It's important to keep a long time horizon.

Snap investors are undoubtedly feeling some anxiety around the company's recent 25% plunge. And regardless of whether Snap wins or loses for investors, investors should be prepared for frequent additional significant plunges. Consider, for example, Michael Batnicks' recent look at the performance of Amazon (NASDAQ: AMZN) over time. He observes eloquently that "Amazon's path to a 38,000% return was filled with heartache, despair, and nausea." That's because it experienced a three-day 15% or more decline 107 different times.  Amazon, however, stayed focused on running its business, and Amazon investors who did the same have been handsomely rewarded for tolerating that volatility.

The lesson for Snap investors is that even if the stock works out to be a fantastic, this won't be the only time you may feel sick to your stomach.

3. It's hard to forecast growth

Credit Suisse strategist Michael Mauboussin recently put out a paper on base rates -- a study of the frequency with which certain events actually happen. In the case of three-year sales growth, for example, he finds that while analysts forecast a fairly normal distribution of results, that forecast is far too narrow. There are fewer -10% to 10% growers than expected and more companies than forecast that experience sales declines or more than 10% or sales growth of greater than 10%. That's particularly true of companies that grow sales 45% annually over a given three-year period. While analysts expect zero companies to actually achieve this feat, Mauboussin found that this has happened about 2.5% of time (or 1,318 instances between 1950 to 2015).

In 2016, Snap grew sales from $58.7 million to $404.5 million -- a 589% increase. No one is expecting this rate of growth to continue. But if it does, even at a substantially lower rate, Snap may exceed expectations just as Facebook has. Predicting growth, particularly when it comes to technology, is hard, and that can be an opportunity for investors.

That future is far from assured, if Snap turns south you can bet these lessons will be learned:

Should a company that's losing half a billion dollars annually be worth $27.5 billion? Historically, the answer to that question has been "no." This is to say that Snap not only has to reverse those losses to justify its current valuation, but it has to make a lot of money in the future to not only maintain that valuation, but to cause it to increase (which is how investors will make money from here). If that doesn't happen, Snap shares may underperform even if the business continues to operate respectably.  That's what happens when investors overpay.

Even if you believe Snap's visionary leadership sets it up for success, vision without accountability is a potentially dicey proposition -- and that's exactly what Snap has offered with the combination of founder control and non-voting shares. Consider, for example, the plight of overconfident CEOs (and categorizing Spiegel as overconfident does not seem unfair). Not only are overconfident CEOs more likely to destroy value with their investments, they are less likely to pay dividends to shareholders (meaning they retain more value to destroy) and are the most likely of all CEOs to misstate earnings results.

Nowhere is this more apparent than in the mergers and acquisitions space, where 90% of deals fail to achieve pre-deal expectations. Repeat offenders in the tech space such as Yahoo! and HP continued for years to spend billions of shareholder dollars on acquisitions with little tangible benefit, and it's taken activist investors at each for management to sit up and take notice of their shortcomings. This cannot happen at Snap because investors have no say in how the business is run. If Snap fails from here, it may be because management is setting money on fire and no one can stop them.

There's an obvious, but overlooked truth about initial public offerings, or IPOs. And that's that the company that's IPO-ing knows when it's going to happen. This is important because companies spend years preparing for their IPOs and they are often timed in such a way as to allow the company to put its best foot forward and realize the most favorable valuation from investors.

For example, I mentioned earlier that Snap grew sales an eye-popping 589% last year. That's impressive, but it's not an accident. Snap likely focused on and spent heavily to achieve that sales growth knowing that that would be a metric valued by new investors. This is one of a number of reasons why recent IPOs are well-documented to on average underperform the market's return. Generally speaking, it's worth watching a newly public company for a period of time to see how it performs after the shine wears off and how management stands up to the new scrutiny of being public.

But regardless of whether Snap is up, down, or sideways from, it should go without saying that you as an investor need to own more than just one stock. Doing so helps spread out the risk of one or more of your investments not living up to original expectations, whatever the reason.

Achieving this diversification can be as easy as buying a low-cost index fund or getting into the habit of saving and regularly making new investments in stocks. Over time you should seek to build out an entire portfolio of investments to help you achieve your long-term financial goals.

So congratulations if your investing journey has begun with an investment in Snap; it just shouldn't end there.