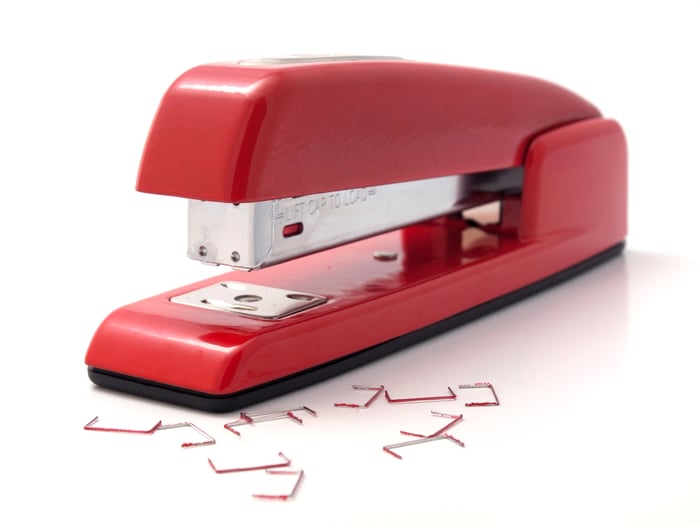 Analysts had expected Staples to report at least pro forma profits of $0.26 for the quarter -- level with Q4 2015. But even by that measure, Staples disappointed. Pro forma profits came in a penny shy of estimates, at $0.25 per share.

Looking forward, Staples gave a mixed bag of guidance. For the current fiscal first quarter 2017, management says investors should expect to see between $0.15 and $0.18 worth of "fully diluted non-GAAP earnings per share from continuing operations." So the guidance given was pro forma only, and does not count losses Staples might incur from "potential charges related to the company's strategic plans, including restructuring and related initiatives and the sale of its European operations." (Did I mention that Staples is closing 70 stores this year?)

Switching gears, Staples gave full-year guidance in the form of free cash flow, saying that it expects to generate "at least $500 million." For the record, that's $179 million less free cash than Staples generated in 2016. So however you look at it, the guidance is pretty bad.