There are certain characteristics that help companies achieve success. As investors, when we see certain attributes coupled with a potential catalyst, it can be a good idea to add that company to your watchlist for a possible investment.

Zillow Group, Inc. (NASDAQ:Z) (NASDAQ:ZG) is one such company with a compelling investment case stemming from certain aspects of its business operations. 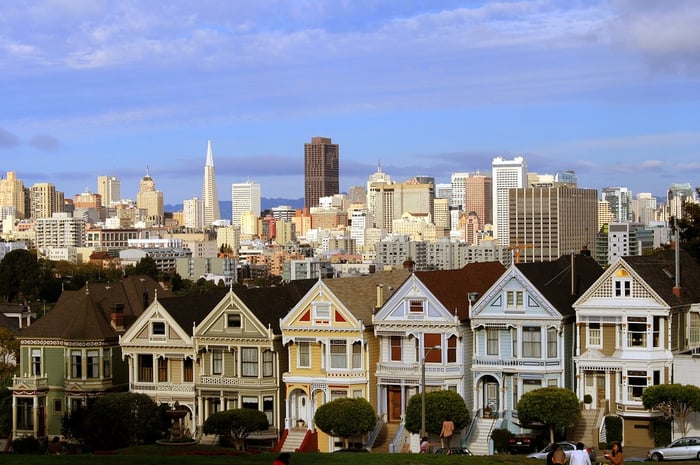 In early November, Zillow reported in its third-quarter results two figures that demonstrated its dominance in web-based real estate. The company stated that comScore ranked it as having received nearly 66% of online real estate views in the United States and nearly 75% of total market share for the mobile-only real estate category in September.

Here are three core characteristics that have helped Zillow dominate its industry and point to a bright future for the company.

Ability to execute a plan on time or ahead of schedule

Very few companies can do things ahead of schedule and some struggle with even getting things done on schedule. Yet Zillow has not had that problem.

First, there was the acquisition of Trulia, completed in February 2015. This was a massive $2.5 billion acquisition, in a stock-for-stock transaction that combined the No. 1 and No. 2 real estate platforms on the web and increased headcount from 1,215 to 2,000 employees. The companies pulled off the integration more quickly than they had expected.

In a May 2015 conference call, Zillow management put the integration of Trulia as one of its top priorities for 2015 and here's what Spencer Rascoff had to say on Zillow's Q2 earning's call a few months later: "Already we have fully integrated our rentals, mortgages, display, and back-of-the-house operations with Trulia. In fact, we have now moved up the timeline to integrate our agent advertising business by several months, expecting to complete this by the end of the third quarter."

Three months later, Rascoff had this to say: "The third quarter was a remarkable one for Zillow Group. In August, we completed our most ambitious undertaking to date. We finished the final phase of our Trulia integration four months ahead of schedule and launched our unified Premier Agent advertising platform."

A second instance showing the company's ability to execute happened at the end of last year. In the third quarter, the company said it had started to roll out its Premier Agent self-service account interface and targeted the end of the year for completion. This new platform allows agents to bid in an auction-based environment for advertising by ZIP code, all via the internet.

Zillow completed the task on schedule and now is waiting to see how the use of the new tool spreads throughout the real estate community.

Zillow's ability to execute its strategy quickly and efficiently doesn't come without a lot of hard work. Employees who go the extra mile are the ones who allow a company to beat internal targets and win in a competitive market. We can gauge how employees feel about Zillow through the ratings they leave on Glassdoor. Employees who are happy with their employer and would recommend the company to friends are likely to do a better job.

As I've written recently, Zillow has a high rating on Glassdoor, which compiles anonymous employee reviews. Eighty-five percent say they would recommend the company to their friends as a great place to work and 96% approve of CEO Spencer Rascoff. Fortune has also ranked Zillow as the fourth best technology company to work for.

Investors shouldn't overlook a company's ability to adapt and conquer new challenges based on its ability to recruit people who have the necessary skills and a culture that motivates employees to reach its goals.

Knowing how to acquire and integrate companies

Zillow has built out its business by acquiring smaller brands. It's made 14 acquisitions since it was founded in 2005.  Other than Trulia, most of the acquisitions have been relatively small, allowing the company to assimilate the employees into Zillow's culture. The strategy is to allow the acquired companies to continue to operate their own brand sites or businesses and allow Zillow to sell advertising across the various brands. That strategy also lets consumers continue to visit sites they're familiar with, without changing their habits.

The company's ability to integrate acquisitions is a core competency that it can continue to leverage. Zillow has developed a formula that will be hard to beat.

There's a catalyst for revenue and earnings growth with the addition of the auction-based self-serve advertising platform that Zillow just introduced for its Premier Agent program. Auction-based pricing has a good chance of raising Zillow's profitability as agents bid against other agents for advertising on listings by ZIP code.

The other aspect of the new platform is its self-serve feature. Less direct sales involvement should help the company's operating margin. Each salesperson should also be able to handle more Premier Agents and sell more Zillow advertising products.

Zillow Group has a lot of things going for it. The near-term catalyst of increased Premier Agent revenue may bring about a short-term boost to the company's earnings. The capabilities the company has developed around speed of execution and acquisition integration should help it win over the long term. The ability to attract the best employees based on a great company culture will be a benefit to the company and shareholders for years to come.