Rumor has it Apple's (NASDAQ:AAPL) 10th anniversary edition iPhone, expected this year, is going to be groundbreaking. From its having a glass body to sporting more memory to having an edge-to-edge OLED display, the rumors around the next iPhone are aplenty. One rumor that seems to have gained some credibility of late is the inclusion of wireless charging in Apple's next flagship model.

JPMorgan analyst Harlan Sur believes that at least one of Apple's iPhones this year will sport customized wireless charging. Sur's forecast is in agreement with what other analysts have been saying. Ming-Chi Kuo of KGI Securities expects that all the iPhones Apple releases this year will have the wireless-charging feature.

Whether wireless charging will be part of the next iPhone and whether that would boost sales is unknown. But it's not just Apple fans who will be watching developments closely. Broadcom (NASDAQ:AVGO) and Dialog Semiconductor (OTC:DLGN.F) also stand to benefit from wireless charging in iPhones.

Sur's research note says that Apple and Broadcom have been working on wireless-charging technology for a couple of years. Apple's partnership with Broadcom does not come as a surprise: The latter company was one of the first movers in this space.

Around three years back, Broadcom launched a multistandard wireless system-on-a-chip (SoC) -- the BCM59350 wireless-charging power management unit -- for use in smartphones. Broadcom's product was compatible with all of the wireless-charging standards -- including the Wireless Power Consortium's -- so that it can be used by different smartphone OEMs.

At that time, Broadcom had said that it was sampling the power management unit with "select customers," but there has been no update on the chip since. This leaves open the possibility of Apple entering into an exclusivity arrangement with Broadcom; the smartphone giant has been known in the past to force its suppliers into such deals.

Additionally, CNBC reports that Apple has entered the Wireless Power Consortium, which sets one of the standards that Broadcom's chip supports. Moreover, Sure also said that the rumored glass case on the back of the upcoming iPhone will support wireless charging, since it is prone to less interference than a metal case.

The likelihood of Apple using Broadcom's chips to enable wireless charging is definitely there. If this  turns out to be the case, Sur said, Broadcom's iPhone revenue opportunity from wireless charging could be worth $500 million to $600 million. But Broadcom might not be alone in the race for Apple's wireless-charging riches.

This Apple supplier could also be in the fray

Dialog Semiconductor relies heavily on Apple for revenue. The U.K.-based company reportedly gets around 75% of its revenue from Apple by supplying power management integrated circuits.

In December 2016, Dialog made a $10 million investment in Energous (NASDAQ:WATT), which has developed a proprietary long-distance wireless-charging technology known as WattUp. This technology can charge smartphones from a distance of up to 15 feet. 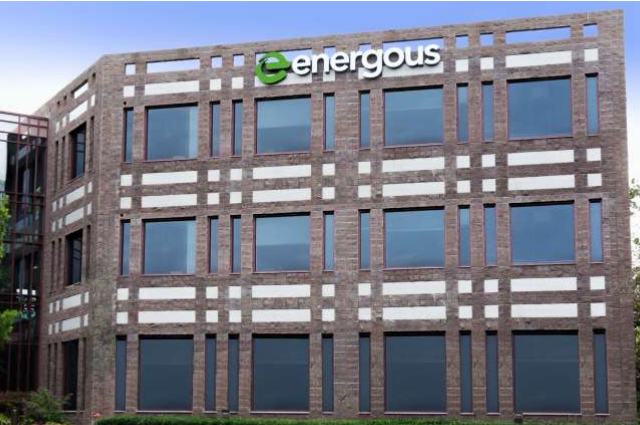 This February, the two companies launched a small RF (radio frequency) power circuit that's cheaper than the previous generation and occupies less space. The companies have already started sampling this chip to customers, which means that Broadcom might not be the lone contender for any Apple wireless-charging content.

Additionally, Energous' technology is not new to Apple. As reported by VentureBeat, Energous' products and reference designs have already undergone compliance testing at Apple, which means that the latter company could be considering its technology for wireless charging. What's more, Energous CEO Steve Rizzone dropped a major hint that his company's wireless-charging tech could be coming to mainstream devices later this year. The Verge quoted him as talking about a partnership with "one of the largest consumer electronics companies in the world. I cannot tell you who it is, but I can virtual guarantee that you have products from this company on your person, sitting on your desk, or at home."

Investors in Dialog and Broadcom will be watching closely as we get closer to having the next iPhone go on sale.

The Next iPhone Could Be a Big Catalyst for These Apple Suppliers @themotleyfool #stocks $AVGO $DLGN.F $AAPL $WATT Next Article
Current