Did you know these six things about the world’s biggest social network?

Many investors are probably familiar with the basic history of Facebook (META 7.19%). The site started out as a "hot or not" game for Harvard students called Facemash, then evolved into a social network, and Yahoo! tried to buy the start-up for about $1 billion in 2006. The company famously turned down that offer, grew its monthly active user base to 1.86 billion, and acquired Instagram, WhatsApp, and Oculus along the way.

Today, Facebook is worth over $400 billion and ranks second behind Alphabet's Google in terms of U.S. digital ad revenues. However, investors may have overlooked six other interesting facts about the world's largest social network. 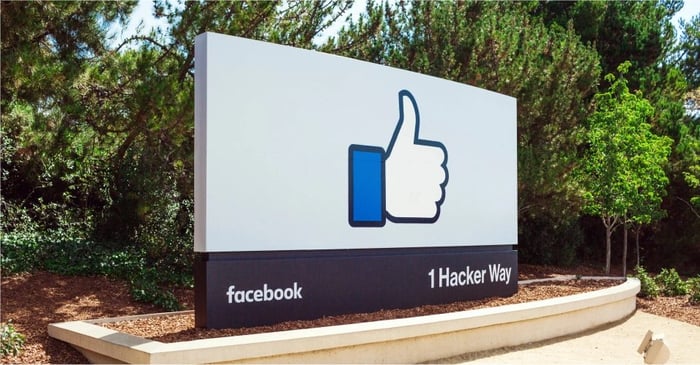 Older Facebook users may recall Friendster, the first social network to reach over a million users. However, Friendster never grew to the same scale as competitors like MySpace and Facebook, and it eventually pivoted into social gaming (as a subsidiary of MOL Global) before being shut down in 2015.

In 2010, Facebook acquired Friendster's entire portfolio of social networking patents from MOL Global for $40 million. Those patents covered key technologies for making connections on a social networks, finding mutual friends via a social graph, and sharing content via social media.

Back in 2004, Facebook co-founder Andrew McCollum designed Facebook's first logo, which featured a mysterious male face covered in a fog of ones and zeroes. Later on, it was revealed that the face was an altered online image of Al Pacino, making him the first official "face" of Facebook.

But Pacino wasn't the only celebrity to become part of Facebook's blue and white ecosystem. Last year, Morgan Freeman became the voice of Jarvis, a Messenger-based smart home AI which Facebook CEO Mark Zuckerberg developed for his personal use.

Zuckerberg chose the blue and white color scheme for the site because he is red-green colorblind. In a 2010 profile by The New Yorker, Zuckerberg stated that "blue is the richest color for me -- I can see all of blue."

Back in 2015, Oculus VR introduced the Oculus Story Studio, a dedicated unit for producing virtual reality films for the Rift headset. The studio was founded by Pixar veterans Saschka Unseld and Max Planck, and filmmaker Edward Saatchi.

The studio has produced two animated films so far -- Lost, which features a robot looking for his lost hand; and Henry, which stars a cartoon hedgehog. Henry won an Emmy Award for Best Outstanding Original Interactive Program last year -- marking the first time an original IP (not a promotional tie-in VR experience) -- won the award. This indicates that VR films might evolve into a next-gen entertainment platform in the near future. 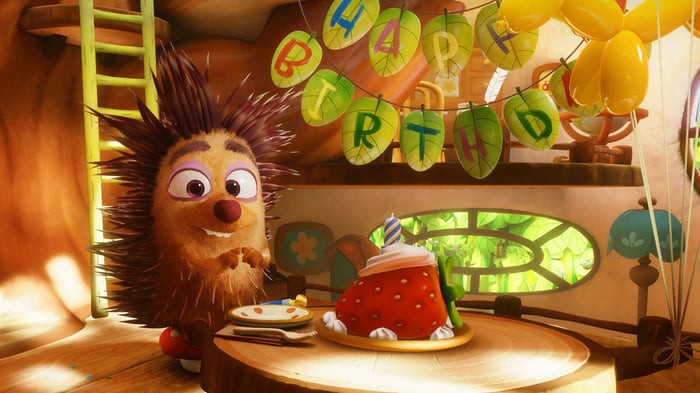 5. It repeatedly tried (and failed) to kill Snapchat

Back in 2013, Snap (SNAP 5.45%) rebuffed a $3 billion takeover offer from Facebook. Some industry watchers, including myself, thought that Snap made the wrong choice -- but its current market value of $25 billion indicates that its founders made the right call.

It also means that Zuckerberg recognized the long-term growth potential of Snapchat, which only had just 26 million daily active users at the time. He was right -- Snap's DAU count reached 158 million at the end of 2016.

Facebook has repeatedly tried to kill Snapchat with Poke, Slingshot, ephemeral Instagram photos, Instagram Stories, Instant Video for Messenger, and a new Messenger Day app which automatically deletes photos and videos from chats after 24 hours. None of those efforts have killed Snapchat -- although the launch of Instagram Stories likely hurt Snapchat's DAU growth last year, and Snap readily admits that Instagram is a major competitor.

6. It's copying a Chinese tech giant

Over the past few years, WeChat became a "platform" which let users hail rides, play games, order meals, buy tickets, make payments, and perform other tasks -- all without leaving the app. That "monolithic" expansion allowed it to grow within iOS or Android without needing to run an entire mobile OS.

Following Tencent's lead, Facebook pushed users to download the stand-alone Messenger app, which gained similar ride hailing, gaming, e-commerce, and payment features. Facebook likely hopes that making these features available to Messenger's user base of over a billion can widen its moat against rivals like Google.

These six facts might not seem as important as Facebook's new advertising products, revenue growth, or click-through rates, but they highlight some lesser-mentioned parts of Facebook's business. Facebook investors should keep an eye on the company's efforts in home automation, VR filmmaking, ephemeral messaging, and monolithic chat platforms and see if these side bets eventually become major pillars of growth.