Precision medicine is going to be huge. Two stocks in particular -- Illumina and Roche -- provide investors a way to profit.

What's the next big thing coming for healthcare?

Results from the New England Journal of Medicine (NEJM) Catalyst Insights Survey on Care Redesign suggest that genomics and patient-generated data critical for precision medicine could surge in importance over the next five years. Savvy investors could profit from this increased demand for precision medicine data by buying two specific stocks: Illumina (ILMN 0.20%) and Roche (RHHBY 4.07%). Here's why. 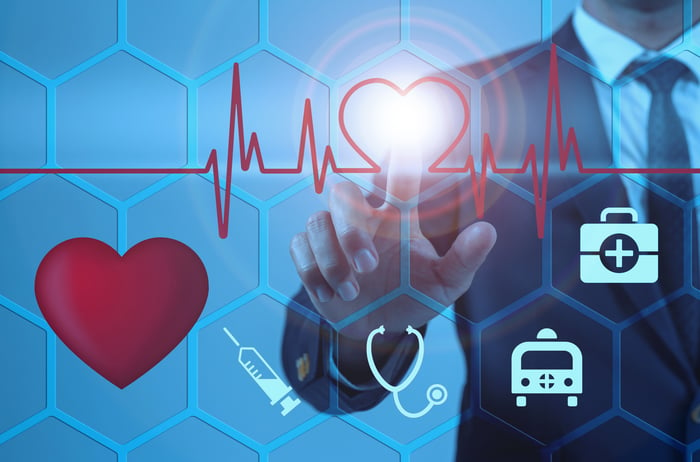 The next generation of next-generation sequencing

Illumina CEO Francis deSouza predicts that the NovaSeq architecture will pave the way for a $100 genome. Even before that milestone is achieved, NovaSeq's lower per-sample consumable costs should allow laboratories that couldn't afford sequencing technology in the past an option to map human genomes for around $1,000 each -- potentially fueling the growth of precision medicine.

Probably no company has impacted the field of genomic sequencing as much as Illumina. First incorporated in 1998, Illumina now claims nearly 10,000 sequencing systems in use across the world -- from the lower-throughput and lower-cost MiniSeq to the top-end HiSeq X system. The launch of NovaSeq positions Illumina to continue its dominance in genomic sequencing.

Illumina stock isn't cheap. Shares currently trade at a whopping 54 times trailing earnings. Investors shouldn't be too afraid of that high valuation, though. It's actually on the lower end of the historical earnings multiple range for Illumina. If demand for precision medicine grows as expected, Illumina should be one of the primary beneficiaries.

The company's Genentech Research and Early Development (gRED) group is leveraging Roche's expertise in biomarkers (molecules found in blood, other body fluids, or tissues that can point to annormalities or diseases) and diagnostics to identify the best combinations of drugs for treating specific diseases. Roche is using this approach in a significant way with its cancer drug Tecentriq, which is being evaluated as a backbone for multiple combination therapies.

Tecentriq is just one of several drugs that could drive growth for Roche in the coming years. Sales are soaring for another cancer drug, Perjeta, as well as for autoimmune disease drug Actemra and anti-inflammatory Xolair. Roche should also enjoy success with multiple sclerosis drug Ocrevus, which awaits regulatory approval.

There are some major hurdles for the company, however. MabThera/Rituxan already faces biosimilar competition in Europe. Roche's recent deal with Mylan clears the way for biosimilar rivals for Herceptin in the near future. Avastin loses patent exclusivity in 2020. The three drugs are Roche's biggest moneymakers right now.

Both Illumina and Roche should profit from the expansion of precision medicine. Which company will be the bigger winner? I'd go with Illumina.

I don't think Illumina's share price will skyrocket nearly 1,000% like it did over the last 10 years. However, if you're looking to profit from the next big thing in healthcare, Illumina is probably the best pick on the market.