The requirement to construct these massive structures is a big reason why it takes so much time and money to extract oil from offshore sources. Offshore oil and gas platforms are remarkable engineering feats. Massive in size, these structures take several years and often many billions of dollars to build -- but when complete, they can extract oil and gas from some of the least-accessible spots on the planet. Without them, the world's energy companies likely wouldn't be able to provide enough oil at economical prices to meet demand. In fact, nearly 30% of global production comes from offshore sources, and an increasing fraction of that comes from hard-to-reach deepwater sources that require large and complex production platforms. Here's a closer look at the largest of these oil and gas producing workhorses. 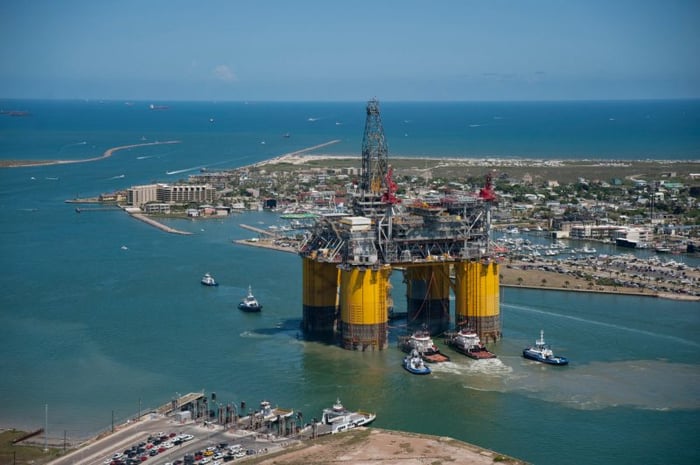 The Mars B/Olympus Platform in the Gulf of Mexico

The Mars field was initially discovered by Royal Dutch Shell (RDS.A)(RDS.B) in 1989. In 1992, the company and its partner BP (BP 3.18%) started development of the $1 billion Mars production platform, which delivered its first oil in 1996. However, over time the partners discovered that there were more recoverable hydrocarbons than they initially expected. In fact, the field has already produced 850 million barrels of oil equivalent (BOE) versus its expected life total of 700 million BOE. That greater potential led them to  develop the Mars B platform, which came online in 2014. It is Shell's seventh floating deepwater platform in the Gulf, and the largest of the group, standing more than 400 feet tall and weighing 119,000 tons -- more than twice the weight of the original Mars platform, and 20% more massive than the Gulf's next-heaviest platform. Mars B/Olympus is expected to enable the companies to produce more than 1 billion BOE, and extend the field's life to at least 2050. 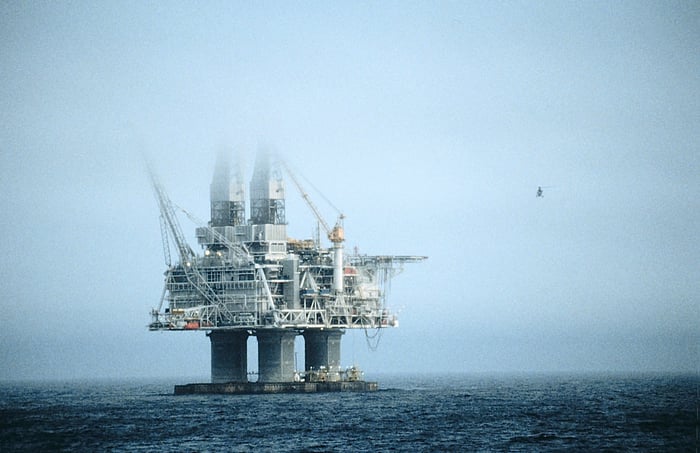 The Hibernia Platform in the Canadian Atlantic

The Hibernia oil field is located about 200 miles southeast of St. John's Newfoundland, and is co-owned by ExxonMobil (XOM 1.98%), Chevron (CVX 1.64%), Suncor Energy (SU 4.95%), and several other smaller partners. The field was initially discovered in 1979, though development didn't start until the mid-1980s with production on the Hibernia megaplatform commencing in the early 1990s. The platform is the world's largest by weight, and is about half the height of the Empire state building. Last year, Hibernia reached a milestone, producing its billionth barrel of oil, which is more than was initially anticipated when the field started producing nearly 40 years ago. There are still plenty of barrels left to extract from the field, which is why producers expect the platform to continue operating beyond 2040. 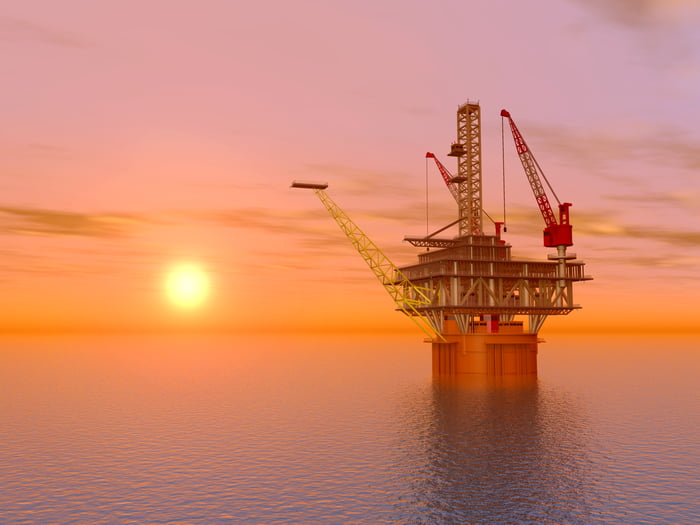 The Petronius Platform in the Gulf of Mexico

The Petronius field, discovered by Marathon Oil (MRO 0.14%) and Texaco in 1995, is about 130 miles southwest of New Orleans. The partners moved quickly to turn that discovery into a productive site. Work began on the $500 million Petronius platform in 1997, and it delivered its first oil in 2000. The platform stands more than 2,000 feet high, making it is one of the tallest free-standing structures in the world, though all but 250 feet of it are below water. 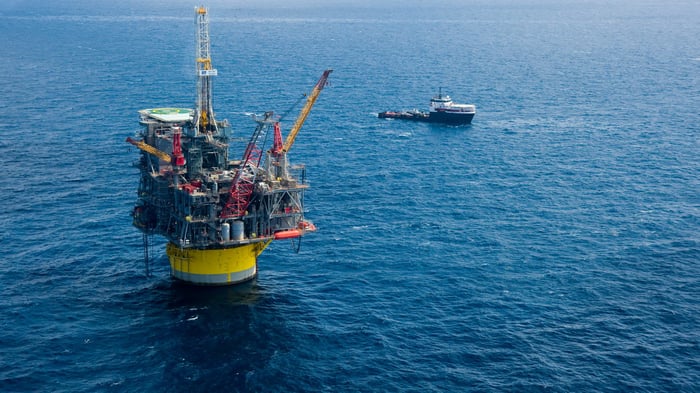 The Perdido Platform in the Gulf of Mexico

Perdido is one of the world's deepest spar platforms, moored in 8,000 feet of water. The cylinder spar is a 555-feet tall structure -- nearly the height of the Eiffel Tower -- and it weighs as much as 10,000 large cars. The facility started producing in 2010, and serves as a production hub for three deepwater fields that are co-owned by Shell, Chevron, BP, and others. 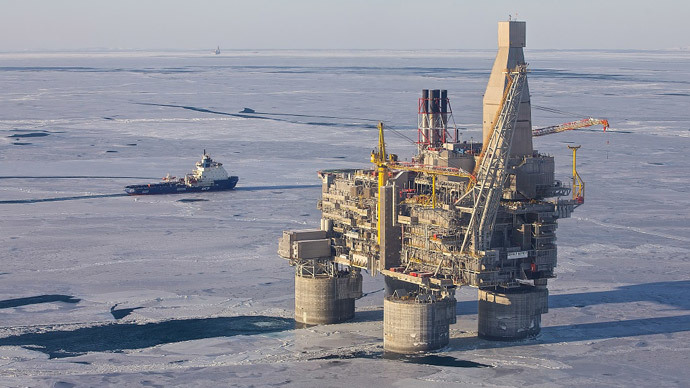 Developed by Russian oil giant Rosneft, ExxonMobil, and other partners, the Berkut platform is the largest in the world, weighing a gargantuan 200,000 tons. The platform cost an estimated $12 billion to build -- partially because this monster facility needs to withstand the harsh conditions and frigid waters of the sub-Arctic. This engineering marvel can withstand 60-foot waves, the pressure of more than six feet of ice, temperatures nearing 50 below zero, and a magnitude 9 earthquake.