Shares of AT&T (NYSE:T) recently hit a 16-year high, but that rally has raised concerns that the market is too optimistic about this slow growth stock. The bears note that AT&T's sluggish growth in postpaid wireless customers, the return of unlimited data plans, its elevated debt levels, and uncertainties regarding its proposed buyout of Time Warner (NYSE:TWX) could all make the stock a risky bet.

While investors should certainly take note of those headwinds, I believe that AT&T remains a solid long-term play for most investors for four simple reasons.

1. It's a dividend aristocrat

AT&T has a payout ratio of 92%, meaning that it spent that percentage of its earnings on dividends over the past 12 months. AT&T's dividend will remain rock solid as long as that percentage remains below 100%. Even if that ratio briefly rises about 100%, AT&T will likely fund the dividends out of it own pockets to retain its "aristocrat" title.

I might be worried if AT&T traded at historically high multiples, but that's not the case. Its P/E of 20 remains much lower than its industry average of 25, as well as the mid-30s it reached in late 2015. Analysts expect AT&T to grow its annual earnings at an average rate of 8% over the next five years, giving it a 5-year PEG ratio of 1.8. That isn't below a ratio of 1 -- which would be considered "cheap" -- but it's much lower than Verizon's PEG ratio of 6.6, which is calculated from its estimated 5-year annual growth rate of just 2%.

3. Its wireless ecosystem is expanding

Some investors assume that AT&T's "wireless" business only refers to the smartphone market, which is slowing down due to competition and the saturation of the North American market. But that business is still growing -- AT&T added 9.5 million wireless customers (6.2 million in the U.S. and 3.3 million in Mexico) in fiscal 2016, which boosted its North American mobile customer base to 147 million.

To reduce its dependence on smartphones, AT&T has expanded its wireless ecosystem to include connected wearables, drones, Internet of Things gadgets, and connected cars. The connected car market remains a major growth market for AT&T. Last January, it announced that it would connect up to 10 million Ford vehicles in North America by 2020. A month later, it tested the world's first LTE-connected drones with Intel. AT&T is adding these devices to its multi-device plans, which could increase its revenue per customer while widening its competitive moat. 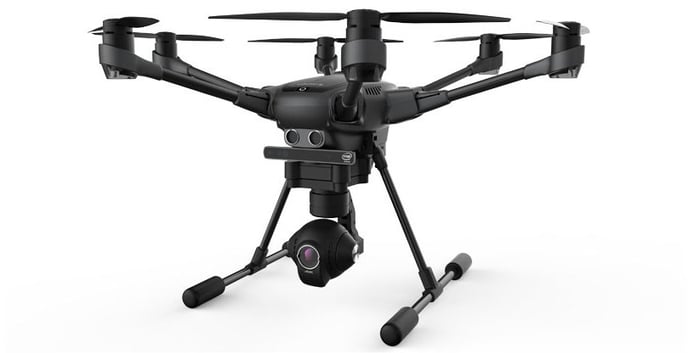 Lastly, AT&T's proposed acquisition of Time Warner will likely be approved, because the FCC -- which the Trump Administration reportedly pushed to block the deal -- isn't overseeing the regulatory review. That's because AT&T and Time Warner structured the deal in a way which avoids the transfer of any FCC licenses. Meanwhile, the Republican-led FTC recently ruled that AT&T and Verizon's "zero-rated" sponsored videos (which don't count toward data caps) didn't violate net neutrality -- indicating that regulators could retain a soft stance toward the megamerger.

AT&T may need to make some concessions to clear the regulatory hurdles, but the acquisition could enable AT&T to build a zero-rated video ecosystem -- greatly strengthened by Time Warner's media portfolio -- on top of its own wireless networks. When AT&T links that ecosystem to DirecTV, it will control both the content and the pipes in a way that could be tough for rivals like Netflix and Verizon to counter.

AT&T is currently my biggest stock holding and accounts for nearly 7% of my portfolio, so I'm confident in the telco's long-term prospects. The company certainly faces near-term headwinds, but I believe that its dividend, valuations, and the expansion of its ecosystem still make it a solid play for conservative income investors.