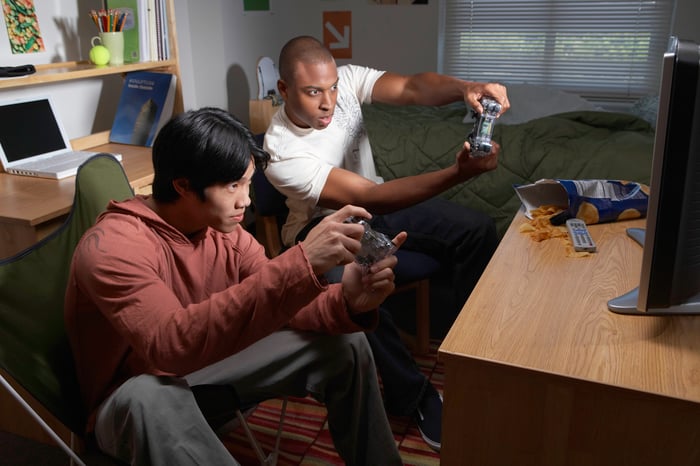 "Led by mobile games, we saw year-over-year net revenue increases in the fourth quarter of 62.8% from online games, 9.2% from advertising services, and 38.2% from our email, e-commerce and others segment," said CEO William Ding in a press release.

Helping to fuel this growth is NetEase's impressive ability to pump out popular new games.

"With more than 40 new mobile titles in 2016, we have introduced a number of chart toppers to China's thriving mobile market," Ding said.

All told, adjusted net income was $4.30 per diluted American depositary share (ADS), representing year-over-year growth of 68%. In turn, NetEase's board of directors approved a nearly 30% increase in its quarterly dividend to $1.01 per share.

NetEase's shares have pulled back about 5% so far in March, but the stock still fetches about double what it did just one year ago. Long-term shareholders have been even more well  rewarded, with NetEase's stock up a dazzling 1,470% over the last decade. And with the already-massive global video game market likely to only grow larger in the coming decade, it appears more good times are ahead for NetEase -- and its investors.