Two of the most popular dividend-paying retirement stocks face off -- and it's a very close battle.

Dividend-paying stalwarts provide the foundation of many retirement portfolios. Foremost among those stocks are consumer goods conglomerate Procter & Gamble (PG 1.44%) and parent of Marlboro cigarettes Altria (MO 2.09%). Both stocks offer dividend yields over 3%, which is very tempting in today's environment.

But which company is the better stock to buy today? There's no sure-fire way to answer that question. I like to approach it from three different perspectives to get a better idea of what I'm paying for. Here's how P&G stacks up against Altria through those lenses. 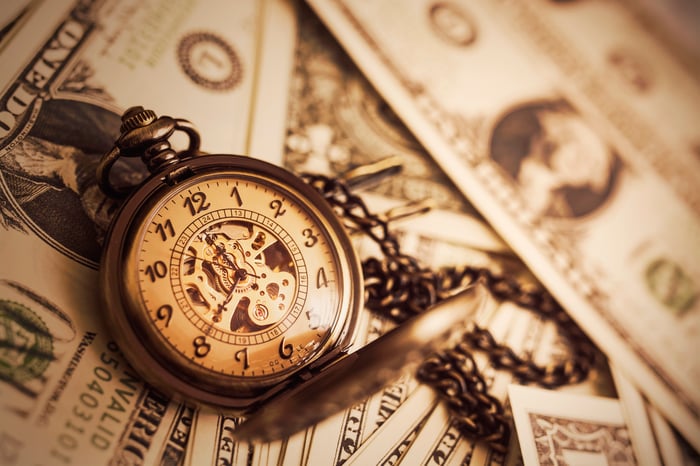 There's nothing more important for long-term investors to spend time researching than a company's sustainable competitive advantage. Often referred to as a "moat" in investing circles, this is what sets a company apart -- the thing that keeps customers coming back week after week, and competition at bay for year after year.

P&G's moat is provided by the fact that the company owns some of the most popular brands showing up in bathrooms throughout the world. This includes Pampers, Tide, Duracell, and Gillette.

Normally, I'm not a huge fan of relying on brand names to provide a moat, but all of these brands have stood the test of time. Because of the trust that customers have in these brand names, they're willing to pay incrementally more year after year. This helps give P&G an enviable moat.

Altria, on the other hand, is the parent company for Marlboro-brand cigarettes in the United States. As with P&G, this single brand alone has shown amazing resiliency that proves it provides an enviable moat. Often overlooked is the fact that Altria also owns a substantial stake in Anheuser-Busch InBev, the largest beer producer in the world.

At the end of the day, I think it's impossible to differentiate between these two. It's a draw.

Clearly, shareholders would love to see the majority of their cash being returned to them. But cash has more value than just being paid out in dividends. Every company needs to keep a healthy cash stash on hand. That's because every company, at one point or another, will encounter difficult economic times.

Companies that enter such times with cash have options: They can outspend rivals to gain market share, buy back their own shares on the cheap, or even make acquisitions. Debt-heavy companies are in the opposite boat -- forced to cut back on operations, cede market share, or even sell shares in secondary offerings just to help make ends meet.

Here's how these two stack up in terms of financial fortitude, keeping in mind that P&G is valued at over 50% higher than Altria.

While Altria's free cash flow (FCF) isn't as impressive as P&G's, it's worth noting that the company's FCF from its stake in Anheuser-Busch has yet to be included in company results. At the end of the day, both companies have healthy net income and FCF.

The balance sheet represents the differentiator. Altria has much more cash on hand than debt. P&G doesn't. For that reason, Altria gets the nod here.

Here we have a very tight race. On an earnings (P/E) basis, and a growth (PEG) basis, these two are virtually identical.

While we don't know exactly what Altria's FCF is right now, I'm comforted by the fact that P&G's dividend has only eaten up 74% of FCF over the past year. While it may end up that Altria falls in the same boat, I'm giving P&G the nod for now.

So there you have it -- it's a tie. With P&G, you've got a company providing very basic products that are highly recession-proof. With Altria, you have a company selling some of the most addictive legal goods known to man.

When we get a clearer view into Altria's FCF next quarter, then we may have an easier time differentiating which is the better stock. For the time being, however, I don't think you can go wrong either way.