Please ensure Javascript is enabled for purposes of website accessibility
Log In Help Join The Motley Fool
Free Article Join Over 1 Million Premium Members And Get More In-Depth Stock Guidance and Research
By Brian Feroldi - Mar 16, 2017 at 11:46AM

Shares jump in response to the company receiving an upgrade from a major Wall Street bank.

After receiving bullish coverage from a Wall Street analyst, shares of Infinera (INFN 3.21%), a maker of optical transport networking equipment, rose by as much as 11% in early-morning trading on Thursday. 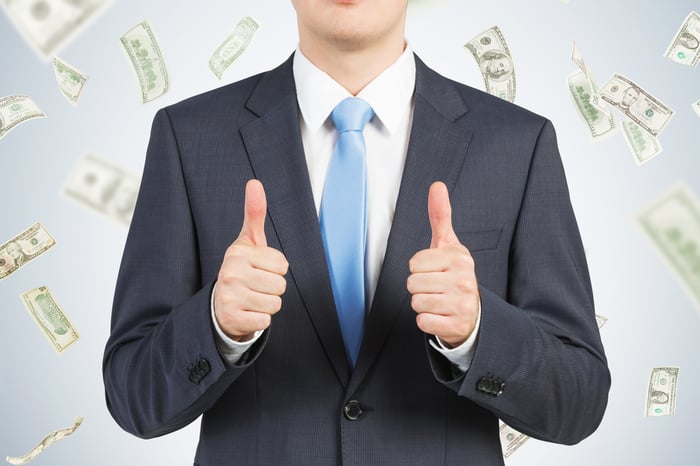 Shareholders can thank Doug Clark, an analyst at Goldman Sachs, for today's pop. Clark upgraded Infinera's stock from neutral to buy today and also raised his price target from $10 to $13.50.

Clark said that this upgrade was made in response to the potential for revenue growth driven by a series of new product introductions. Specifically, he is bullish on the company's new Cloud Xpress 2 product that is due to begin shipping in the second quarter of this year. He also noted that other products in the pipeline -- XT- 3300, TM-series upgrade, XT-3600, and a refresh of its DTN-X product -- should lead to market share gains.

On the flip side, Clark expects Infinera's growth to largely be at the expense of Ciena (CIEN -0.66%), an industry leader that is one of Infinera's biggest competitors. While he still expects Ciena to post revenue growth of 8% in fiscal year 2017, Clark said that he believes that the company's margin upside potential will be limited. As a result, he downgraded Ciena to neutral and set a price target of $27.

Today's rally likely comes as welcome news to Infinera's long-term shareholders. The stock has been walloped over the past year after the company produced a series of less-than-stellar earnings reports. In the fourth quarter, for example, Infinera's revenue plunged by 30%, margins tanked, and its bottom line swung into the red. Management also guided for weak results in the upcoming quarter, so it is understandable why shares have been thrashed.

Thankfully, throughout this difficult period, the company has remained steadfast in its belief that investing in next-generation products would ultimately drive long-term growth and create value for shareholders. Today's upgrade is a sign that at least one analyst is a believer in that vision. Now it is just up to Infinera to execute.