Energy storage is coming to closer to a reality for hundreds of thousands of residential energy customers, and we still don't know how companies are going to sell it to them. A battery system could be purchased or leased, and a customer could make money off it through a revenue-sharing program, or some kind of service model that maximized its value to customers. If you look back to 2010, when the residential solar market was in a similar position, it was the business model that separated the winners from the crowd. And it was companies offering leases to customers on a large scale who were early winners. 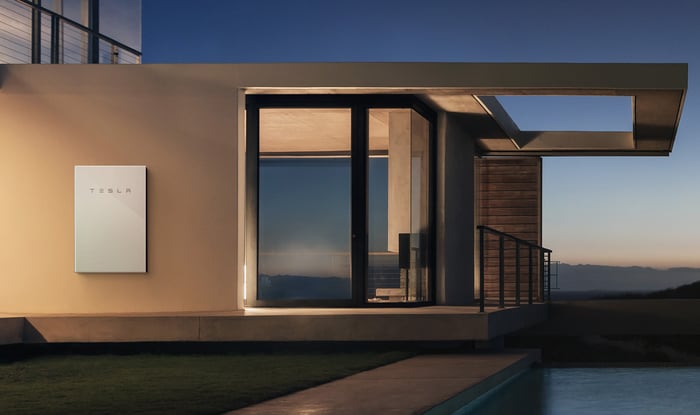 A number of companies are trying to leverage their residential solar footprint to expand into energy storage. Tesla (NASDAQ:TSLA) is the largest of these after its acquisition of SolarCity, and Sunrun (NASDAQ:RUN) is another player worth watching.

Tesla's early Powerwall models were sold directly to customers with the main justification being backup power. But as costs come down and rate structures with demand charges or time-of-use rates become more common, we'll see more financial justification for energy storage, and new business models will open up.

National installers will also likely try to fold energy storage into a long-term energy contract for consumers. Sunrun is doing this with its Brightbox lease, which matches its focus on solar leases. Marrying the two together could keep the lease alive and give national installers new life.

I should also note that national installers are losing market share because the lease is quickly losing popularity. I think that will lead to a service-oriented dealer model opening up. SunPower (NASDAQ:SPWR) is an example of a company who uses dealers, providing equipment and services, but leaning on the dealer to complete sales and perform installations.

In energy storage, SunPower may provide a pre-engineered solution that plugs directly into its solar systems as well as financing and some sort of value-generation model. A customer may buy the energy storage system and then share the revenue generated with SunPower. It may lease and share value, similar to the national installer model I outlined above. Or it may just sell the system and provide the algorithm that controls the system for a fee.

One growing model is having energy storage as a stand-alone service, not tied to a solar system's financing. Sonnen is one of the industry leaders in Germany, where energy storage has been viable for years now, and is moving quickly to grow in the U.S. as well. In total, the company has installed over 10,000 energy storage systems around the world.

Sonnen's system is designed to work with a solar system in the U.S., but it wouldn't necessarily have to be combined with solar. Sonnen can even aggregate excess energy from a community energy program, effectively creating an energy sharing program.

Buying solar and energy storage separately is what's normally done in commercial solar, with companies like Stem taking the lead on energy storage and only having an adjacent involvement with solar. This model could potentially make sense as a business model in the residential market as well, although it would be a harder sell than marrying up with a solar system.

What we know energy storage needs

You may notice that all of the models I outlined above have a large company behind the scenes pulling the strings, and that's important. A small company doesn't have the scale to build the algorithms needed to know when charging and discharging an energy storage system would generate the most value. And in different states and areas under different utilities with different rate structures, the decision-making process would be different. Companies need scale and the ability to control thousands of energy storage systems to aggregate the value.

While big players may be power brokers behind the scenes, it's still not clear how the model will interact with customers. The solar market is moving toward more cash and loan sales and away from leases from national installers, so that's worth keeping in mind if energy storage is tied directly to solar. But the need for a large company to generate value from energy storage may pull large companies back into the mix, whether that's manufacturers, or on the installation side.

Whoever can get this formula right will have a huge market ahead of them. And the energy storage market is coming quickly and may open up a lot faster than investors think.