Please ensure Javascript is enabled for purposes of website accessibility
Log In Help Join The Motley Fool
Free Article Join Over 1 Million Premium Members And Get More In-Depth Stock Guidance and Research
By Frank DiPietro - Mar 18, 2017 at 10:21AM

The streaming pioneer is about to shake up the world of reality television, and there may be a few surprises along the way.

Reality TV junkies are in for a treat now that Netflix (NFLX -0.05%) is getting into the business of unscripted television. The company's hallmark distinction of allowing binge-watching by dropping all episodes online at once is sure to attract viewers of the genre and at the same time make some competitors nervous.

Shareholders who are worried about content costs and alternative revenue streams may also have something to cheer about as Netflix launches into unscripted TV in a big way, with about 20 such shows scheduled for this year. 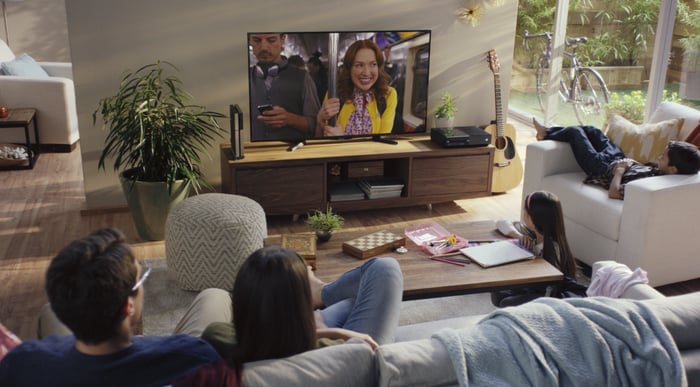 Netflix exited 2016 with $14.5 billion in streaming content cost obligations set against the backdrop of 89 million worldwide paying subscribers. That all adds up to a year that ended with approximately $1.5 billion in negative cash flow and a soaring stock price that is predicated on the company offsetting its content costs with increasing subscriber revenue.

The concept is simple. The better the programming, the more subscribers will join the service. As subscribers increase, Netflix will collect more subscription fees, which in turn can be used to buy or create more content: a virtuous circle. 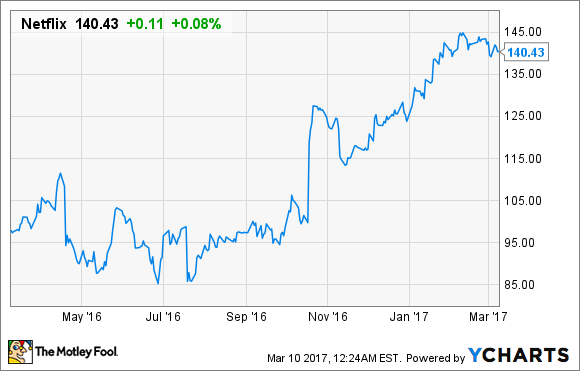 Netflix has introduced original programming including movies, kids shows, stand-up comedy, and series. The content has helped provide the company with an image of internet television leadership.

It entered the unscripted genre last year with the introduction of Chelsea starring Chelsea Handler, and followed up in 2017 with an obstacle course challenge show called Ultimate Beastmaster, which has six different versions for different audiences around the world.

Netflix's global reach gives it the opportunity to leverage a successful show in one region and copy the format for other countries.

How much do these shows cost?

Reality television is much less expensive to produce than a scripted series with a star-studded cast. House of Cards, Netflix's first original big hit, cost the company $100 million for two 13-episode seasons, or close to $4 million per episode.

Depending on the style of program, a cable reality show is estimated to cost between $400,000 and $550,000 per episode, and if the show is made for a network, that figure could go up to $1 million per episode.

If you are a stockholder and are looking beyond the entertainment value of the programming, you can begin to see a nice side benefit to this new genre Netflix is warming up to. The content cost for shows that feature real people is a lot less expensive than having to pay award-winning actors. There are two interesting ways reality shows could make Netflix money.

The first new revenue source may come in the form of what is known as a Bethenny Clause, which lets shows take a cut when their stars use their celebrity to make money outside the show. Named after The Real Housewives of New York City reality TV star Bethenny Frankel, this clause is contained in most contracts for amateurs appearing in reality TV shows. The clause received its name when in her first season on the show Frankel negotiated not to sign the clause in exchange for taking a minimal $7,250 salary for the entire season. She then used the show to help raise brand awareness for a product line known as Skinnygirl, which she and a partner subsequently sold for $120 million. The show got nothing.

Because of Bethenny's big payday, the contractual clause was named after her and has become much more difficult to negotiate out of reality TV deals. Who knows -- maybe someday we'll see an extra line on Netflix's income statement that comes from the outside-the-show business success of its reality stars.

The second possible revenue stream, product placement, may be much more probable and regular income for Netflix. Product placement is when a company pays a show for having its brand displayed. According to a Nielsen report, reality shows are responsible for almost 60% of all product placement on prime-time television.

Netflix does not have advertisements on its platform, which is part of what makes it popular, but there are examples of product placement on original shows, such as Apple products in House of Cards. Unfortunately, Netflix does not own House of Cards, only certain streaming rights, and therefore would not participate in any placement ad revenue from that show. It will be interesting to see how this source of revenue evolves as the company takes complete ownership of shows it produces.

The advent of reality TV on Netflix is just the latest content category that Netflix wants to dominate. As a shareholder, I'll be watching to see how subscribers react to the shows and if this less-expensive form of entertainment can also produce some unexpected revenue. If Netflix can use these new shows to help reduce its cost per hour of original programming and attract more subscribers, I'll be happy. If the company can also bring in a new form of revenue, I'll be ecstatic.