With the market steadily pushing above and beyond its all-time highs, it's becoming increasingly difficult to find stocks with compelling valuations. With this in mind, we asked three of our contributors which stocks they think are still bargains that might be worth buying right now.

They listed Gilead Sciences (NASDAQ:GILD), Rigel Pharmaceuticals (NASDAQ:RIGL), and TravelCenters of America LLC (NASDAQ:TA) as their favorite "cheap" stocks in this record-breaking market. Read on to discover why. 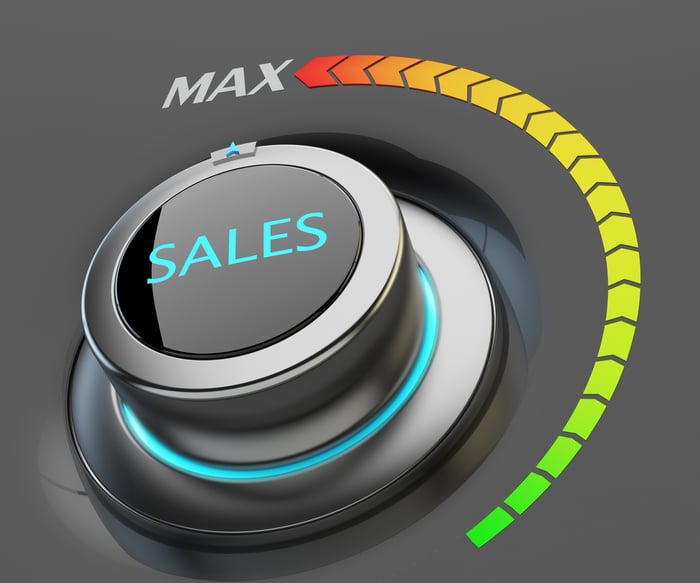 This struggling big biotech will eventually find its footing

George Budwell (Gilead Sciences): When it comes to cheap stocks, Gilead Sciences has to be at the top of the list. This blue-chip biotech, after all, is presently trading at a price to sales ratio of 2.97, which is absolute bedrock for the high-flying biopharmaceutical space.

Even so, the market's pessimism toward Gilead isn't entirely without merit. Gilead's trio of hepatitis C drugs, composed of Sovaldi, Harvoni, and its latest addition to the family, Epclusa, appears to be in the home stretch of its commercial trajectory -- causing the company's top line to dip in a big way. The company's clinical pipeline has also been unable to stop the bleeding of late, with multiple drug candidates producing either underwhelming trial results or missing the mark altogether.

The real culprit behind Gilead's rock bottom valuation, though, is arguably management's recent capital allocation strategy. Instead of employing its $32.4 billion in cash reserves and 12-month trailing free cash flows of $16.7 billion to buy a revenue-generating peer, Gilead decided to plow $13.5 billion into share repurchases and dividends in 2016.

Unfortunately, the market rarely awards premium valuations to biotechs that focus on their bottom line and/or shareholder rewards program at the direct expense of their top line. In biotech, the name of the game is revenue growth -- not reducing your share count or paying dividends.

The good news is that Gilead is still in great financial shape, and its pipeline, as currently constructed, does have a handful of exciting candidates, especially in the high-value nonalcoholic steatohepatitis arena. So Gilead might be a worthwhile value stock to add to your portfolio while its shares remain in the market's proverbial doghouse.

Cory Renauer (Rigel Pharmaceuticals, Inc.): This tiny biotech stock could offer some huge gains if all goes well for its lead candidate. Fostamatinib is a pill that prevents the immune system from destroying vital blood components, which gives it a variety of applications.

By the end of the month, Rigel Pharmaceuticals intends to submit an FDA application for the treatment of a rare platelet-destroying disease called immune thrombocytopenic purpura (ITP) that affects between 60,000 and 125,000 patients in the U.S. alone. Available treatment options are limited to poorly tolerated steroids that dampen the immune system, or frequent blood protein infusions that are expensive and terribly inconvenient.

Rigel will support fostamatinib's application with combined results from two late-stage clinical trials that showed a significant benefit. An unusually high response in the placebo group of one of these trials rendered its results less than significant, which is a big reason the stock is incredibly cheap right now.

I'm of the opinion that the combined trial data and a favorable safety profile compared to existing treatments will be enough to please regulators. If I'm right, Rigel's drug could eventually add around $350 million to Rigel's top line each year, perhaps more if it earns approval for the treatment of additional blood-based disorders down the line.

At recent prices the company's enterprise value of about $270 million is less than its lead candidate's annual sales potential, which makes this biotech look insanely cheap right now.

A travel giant on the wrong side of recent headlines

Chuck Saletta (TravelCenters of America LLC): Highway travel center titan TravelCenters of America LLC, or Travel America for short, is trading at an incredibly cheap price in large part because it's on the wrong side of today's big headlines. Thanks to more fuel-efficient trucks, it's both selling less fuel and seeing softer visitor counts at its highway rest stops. In addition, with all the talk of self-driving trucks being available in the not too distant future, there's real risk even more of its business will dry up as professional drivers get replaced by machines.

In addition, Travel America actually posted a net loss over the last year, lending credence to the concerns that people have over its long-term viability. Still, despite its current struggles, it has a lot going for it. For one, it's still investing in its own efficiency and growth opportunities. Those investments seem to be paying off, as it managed to grow its non-fuel revenue and gross margins despite the challenges driven by its fuel businesses.

For another, at recent prices, its shares look like they could be incredibly undervalued. It's trading at around 10 times its expected forward earnings and less than half its book value. With the wins it's already seeing from its focus on its non-fuel business in its expansion plans, it's positioning itself well for the future it's facing, despite those very real headline risks.

If Travel America is successful at returning to reasonable profitability, today's investors can get their hands on the company at a ridiculously cheap price. It's certainly not a risk-free investment, but plenty of the risks already look priced into the company's shares.