Please ensure Javascript is enabled for purposes of website accessibility
Log In Help Join The Motley Fool
Free Article Join Over 1 Million Premium Members And Get More In-Depth Stock Guidance and Research
By Neha Chamaria - Mar 21, 2017 at 9:14AM

With both silver stocks tumbling by double digits in recent months, which one should you buy?

If you're a precious-metals investor, you've no doubt heard of silver-mining stocks Coeur Mining Inc. (CDE -3.41%) and Tahoe Resources Inc. (NYSE: TAHO) right now. Both stocks look delectably attractive, with Coeur shedding almost 36% and Tahoe nearly 45% in the past six months, as of this writing.

Both Coeur and Tahoe have kicked off their 2017 financial year on a strong note in terms of operational performances and are aggressively expanding their businesses. I'd consider now a great entry point; and if I were to choose one of the stocks, I'd go with Coeur despite Tahoe's solid numbers and dividends. Here's why. 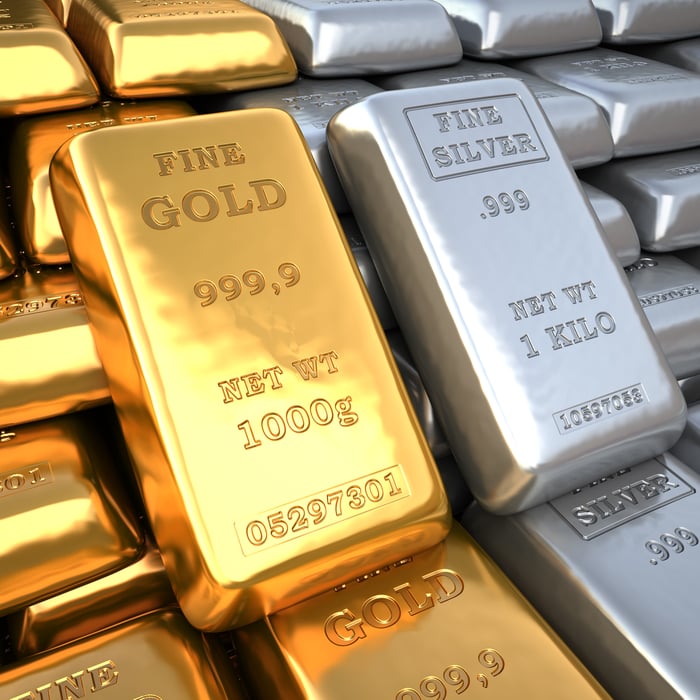 President and CEO Mitchell J. Krebs perfectly summed up 2016 for Coeur Mining during the company's last earnings call when he said that "2016 marked a key inflection point for Coeur." Coeur has, indeed, stepped into 2017 on solid footing, having achieved record silver equivalent production of 36.3 million ounces in 2016. Not one to rest on its laurels, Coeur aims to take its production to yet another level next year as it ramps up its primary mine at Palmarejo, Mexico. Coeur is also guarding its position as the largest primary silver producer in the United States. 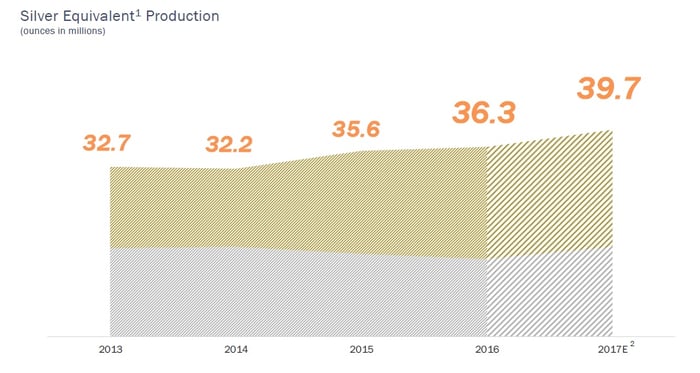 Palmarejo's expansion is perfectly timed -- and it isn't just about silver. Just last year, Coeur struck a new agreement with precious-metals streaming and royalty company Franco Nevada Corp. (FNV -0.46%), wherein Franco-Nevada will buy 50% of the gold produced at Palmarejo at a cash price of $800 an ounce, almost twice what it paid Coeur under the old agreement. So Palmarejo should boost Coeur's cash flows substantially going forward.

Meanwhile, Coeur cut its cost of sales by almost 15% last year despite higher revenue. More importantly, a focus on higher-grade metal in recent years has helped Coeur bring down its all-in-sustaining cost substantially: Its AISC came in at only about $16.08 per silver equivalent ounce in 2016, compared with $19.93 per ounce in 2013. Thanks to rising production and lower costs, Coeur ended 2016 with adjusted net profits (excluding impairment charges) of $47.8 million, versus an adjusted net loss of $103.6 million in 2015.

That's not all. Coeur also cut down its total debt by more than half in 2016, using proceeds from non-core asset sales and stock issue, even encouraging Moody's to upgrade the miner's debt ratings last September. Granted, a stock issue dilutes shareholders' capital, but it isn't uncommon for precious-metals miners to tap capital markets for funds.

Can a company do any better to attract investors' attention? Maybe not, but there's one important area where Coeur disappoints: dividends. Unlike Tahoe, which pays a monthly dividend and boasts a current yield of 3.3%, Coeur doesn't pay a dividend at all. And that isn't the only impressive thing about Tahoe.

While Coeur's history dates to 1928, Tahoe was incorporated in 2009. In fact, Tahoe's primary mine Escobal in Guatemala -- also the world's third largest silver mine -- commenced production only about three years ago. Does that make you wary about investing in Tahoe? Well, it might be a young company, but Tahoe has a solid team backing it up.

Here's an interesting tidbit: Tahoe was founded by former Goldcorp Inc. (GG) CEO Kevin McArthur, and several members on Tahoe's current board of directors and management teams were with Goldcorp at some point. In fact, Goldcorp even owned a substantial stake in Tahoe until about 2015, and it was from Goldcorp that Tahoe bought the Escobal silver deposit. Tahoe CEO Ron Clayton also brings with him several years of mining experience with companies such as Hecla Mining and Stillwater Mining.

You wouldn't expect such a competent management to disappoint. Thankfully, it doesn't. In 2016, Tahoe made huge strides as it started operations at the Shahuindo gold mine in Peru and acquired Lake Shore Gold in Ontario, taking its number of mines in operation to five. 2016 was, in fact, a significant year for Tahoe for several reasons, including:

Tahoe's prospects look even brighter as it aims to increase its gold production by nearly 36% at the midpoint from 2016 levels by 2019. 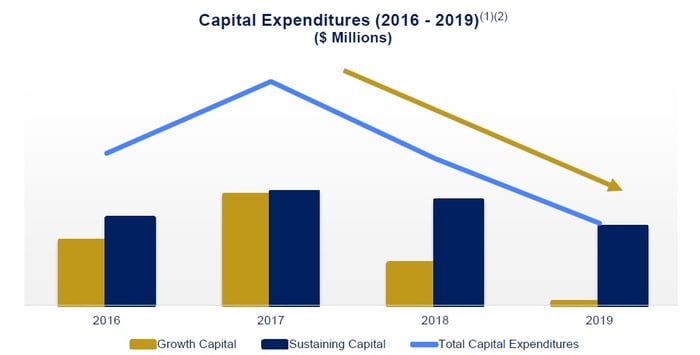 With capital expenditures also expected to taper by then, Tahoe should be able to generate strong cash flows in coming years to support, and even raise, its dividends. Tahoe has been paying a consistent monthly dividend of $0.02 per share since December 2014.

Tahoe Resources looks promising, but it faces big risks at its key place of operation: Guatemala. Put simply, the country has a history of political and social unrest. While things have been quiet lately, Tahoe may face hurdles obtaining or retaining licenses and raising funds later. That's a huge threat, as Tahoe is a relatively young company with a lot at stake in Escobal. Coeur, on the other hand, operates in relatively safer zones. And that, combined with the potential that Palmarejo holds, makes Coeur a better bet for now.