Since 2011, Tex-Mex restaurant chain Chuy's Holdings (NASDAQ:CHUY) has consistently shown the kind of growth that makes investors salivate. During this time, the company's revenue, total restaurants, and restaurant-level profits have increased at compound annual growth rates north of 20%.

However, the past two quarters haven't been quite as pretty, with Chuy's comparable-restaurant sales growth slowing and then turning negative in the fourth quarter. With 2016 now on the books, let's see how last year's numbers look in the context of Chuy's long-term track record.

Without healthy comps, revenue growth may continue to slow 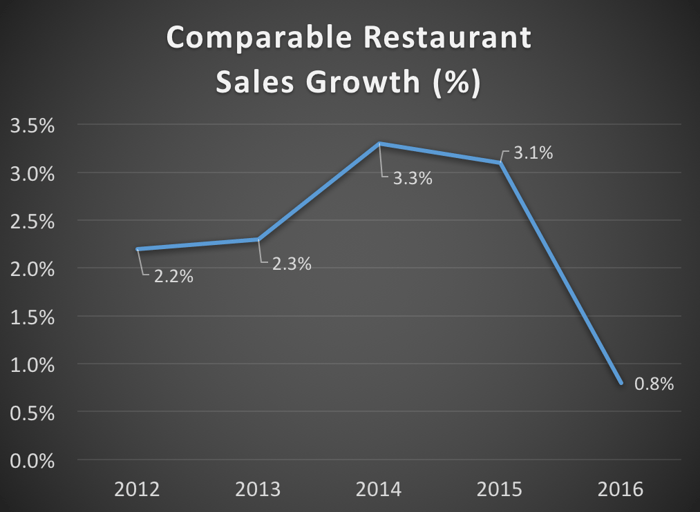 Chuy's can grow its revenue in two ways: by opening new restaurants or by increasing sales at existing ones. And for years, the company has done both quite well. However, sales at Chuy's comparable base of restaurants (stores open at least 18 months) began trending the wrong way toward the end of 2016, decreasing by 1.1% in the fourth quarter. For the full year, Chuy's posted comps growth of just 0.8%, joining several other restaurants that suffered traffic slumps due to the trend of fewer people dining out.

One silver lining is that, according to Knapp-Track data, same-store sales for full-service restaurants decreased by an average of 3% last year, which shows that at least Chuy's is holding up quite a bit better than the rest of the industry. 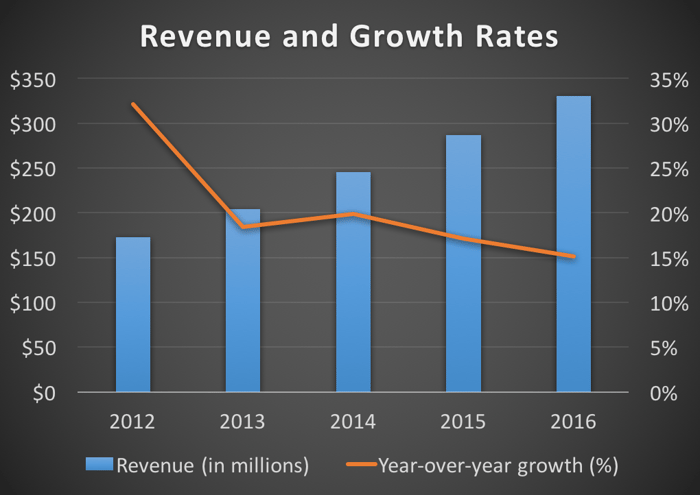 With comps growth having all but disappeared, this means Chuy's revenue growth is being driven almost entirely by sales from new restaurants. You can see this reflected in the chart above. While revenue is still increasing, the rate of growth slowed in 2016 to a multi-year low of around 15%. To get its top line accelerating again, Chuy's will need to see comps bounce back.

Fortunately, the company expects them to -- eventually. Management is guiding for 2017 comps growth of just 1% to 2%, well below historical levels.

Store count isn't expanding quite the way it used to 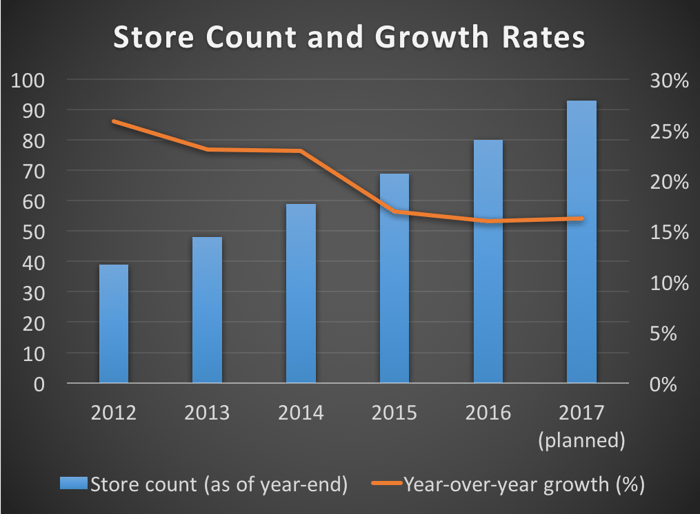 For the past five years, Chuy's has aggressively opened new restaurants, expanding from 39 locations in 2012 to 80 by the end of 2016. However, the rate of annual growth has slowed each year, reaching a nadir of just under 16% last year. And with management hoping to reach approximately 138 stores by 2020, Chuy's has its work cut out for it.

The company says it will open 12 to 14 new restaurants in 2017, reflecting 16% growth at the midpoint. That would get Chuy's to 93 stores, meaning the company would then need to average at least 15 new openings over the next three years to meet its ambitious goal. 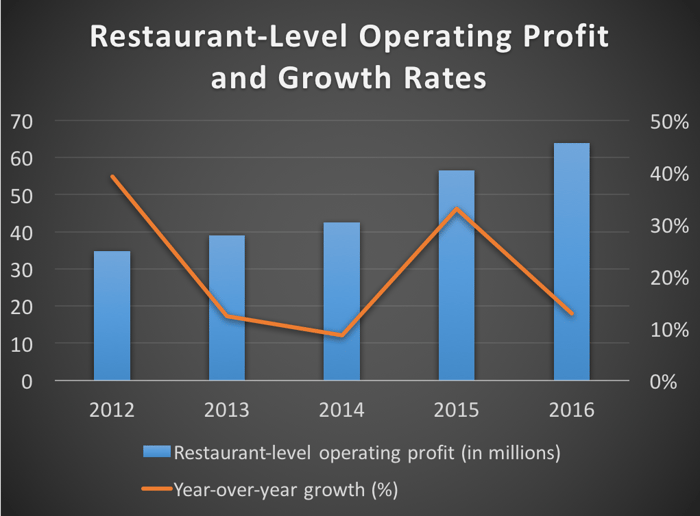 At the restaurant level, Chuy's is nicely profitable, posting store-level operating margins of 19% or above in four of the past five years. However, the company's restaurant-level operating profits -- which increased more than 30% in 2015 -- grew a relatively meager 13% last year due to the combination of slower top line growth and rising expenses -- particularly labor costs.

Management expects wage pressures to continue to weigh on margins, along with higher rents as Chuy's expands into new, pricier markets like Miami and Chicago. If the company can't find a way to maintain its attractive margins, restaurant-level profits may not get back to rapid growth anytime soon.

Not the year investors had hoped for 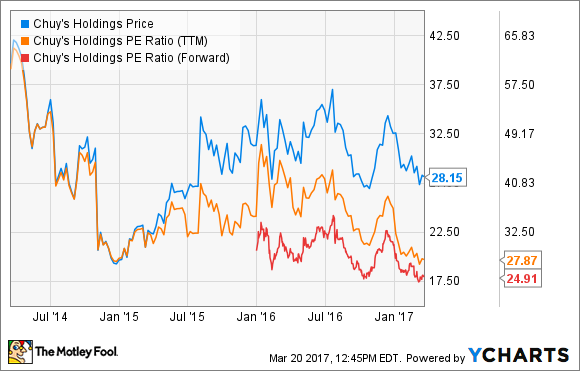 Despite everything you've just read, the situation at Chuy's is far from dire. The company is growing its revenue and store base at double-digit annual rates, while management believes they will achieve positive comps growth of 1% or better this year. The deceleration in those growth rates, however, is not what investors in this early innings growth story were hoping for.

The company's stock price has reflected that loss of enthusiasm, trading near three-year lows. And based on current and forward price-to-earnings ratios, the company has never been cheaper. While Chuy's begins 2017 with a lot to prove, the lower expectations baked into its stock may be a gift for long-term investors.