Please ensure Javascript is enabled for purposes of website accessibility
Log In Help Join The Motley Fool
Free Article Join Over 1 Million Premium Members And Get More In-Depth Stock Guidance and Research
By John Maxfield - Mar 21, 2017 at 9:10AM

U.S. Bancorp is one of the few banks in the United States to have widened its competitive advantage in the financial crisis.

In the book Antifragile, author Nassim Taleb talks about organizations that gain strength in times of crisis and chaos. He calls them antifragile -- thus the title.

Taleb wasn't talking about banks per se, but his point about antifragility captures the core quality of the best-run banks.

The following graph shows the trend in U.S. Bancorp's book value per share, the ultimate measure of value when it comes to bank stocks. Take a glance at it, and then I'll walk you through what matters. 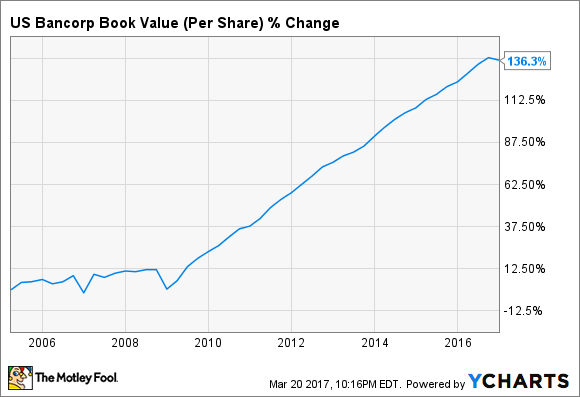 A handful of other banks gained from the crisis as well -- such as PNC Financial, Wells Fargo, and JPMorgan Chase -- but most banks were lucky to survive it and have spent the years since then retreating and retrenching and thus relinquishing market share to the likes of U.S. Bancorp.

Far from being a negative event in the Minneapolis-based bank's history, then, the crisis served as a potent catalyst that's allowed U.S. Bancorp to widen its competitive advantage over its peers.

That's what you call an antifragile bank. 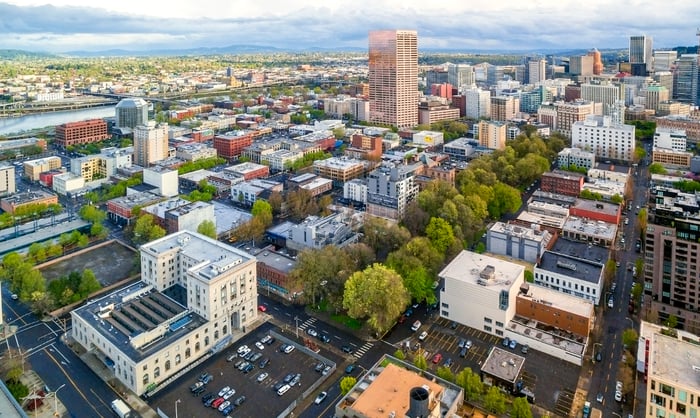 It's also why U.S. Bancorp's stock trades for the second highest valuation on the KBW Bank Index, which tracks shares of two dozen large-cap banks. The only big bank stock with a higher valuation is Bank of New York Mellon, a massive custodial bank based in New York City.

This seems expensive only if you've forgotten U.S. Bancorp's performance over the past decade. Once that's factored into the equation, it's clear that you get what you pay for when buying its shares.