Few people will argue that Tesla, Inc. (NASDAQ:TSLA) isn't an amazing start-up story in an auto industry that isn't easy on newcomers. The electric-vehicle automaker has lit a fire under major automakers and likely pushed up the development of their EV programs by years. However, partly due to the hype surrounding Tesla's potential, it trades at an extremely high valuation despite burning through cash, and its market cap is a rich $42 billion. For comparison, Ford which has recently posted years of record profits, trades at a $48 billion market cap.

Due to those rich valuations, jumping on board the Tesla bandwagon seems risky for the following two main reasons.

Investors shouldn't overlook the fact that Tesla's culture has been criticized for some time. It's difficult to gauge how much of a direct impact this has on results, but what's clear is that top executive talent is consistently choosing to leave. Just recently, Chief Financial Officer Jason Wheeler announced his impending departure after spending slightly over a year at the automaker. Last May, two key executives also hit the road, including Greg Reichow, Tesla's vice president of manufacturing.

In mid 2016, one of Tesla's biggest hires to that point, Rich Heley, who rapidly rose through the ranks to vice president of product technology, decided to join Facebook. Other top executives to leave include Mateo Jaramillo, vice president at Tesla Energy, Michael Zanoni, vice president of finance and worldwide controller, James Chen, vice president of regulatory affairs and deputy general counsel, and Ricardo Reyes, vice president of global communications. According to Bloomberg, more than two dozen management departures over the past year have been recorded.

These departures don't mean the sky is falling, and Tesla likely has an unfathomable amount of resumes from talented contenders being sent in on a daily basis. The problem is that on the eve of launching the company's most important vehicle to date, the Model 3, having a consistent and steady executive team is important to meet objectives and deadlines -- and strong management in general is one key factor investors should highly consider when examining a company.

If you have a chance, read my colleague's story about repairing his Tesla Model S and the nightmare that ensued. Beyond repair woes and the time it takes to get your car back in some cases, there's no shortage of flaws. Mechanical problems and software glitches affect many of the vehicles. Some of those are minor issues such as doors not being properly aligned, and some are design flaws such as the Model X's wing doors accidentally smashing into things the sensors didn't detect. 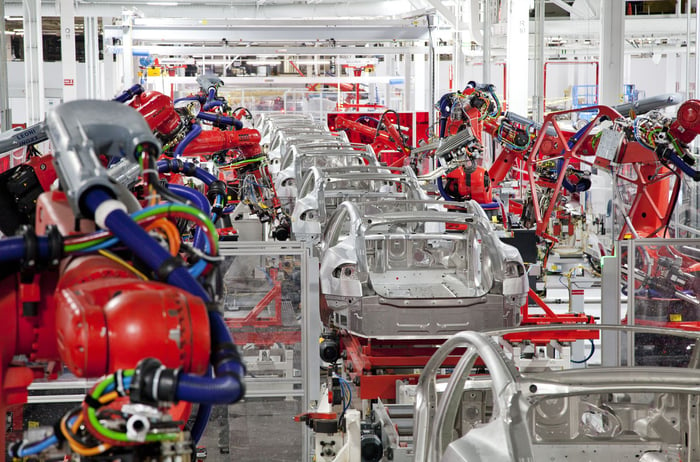 Up to this point, it hasn't turned consumers away from owning Teslas, but there's a reason for that. Right now consumers are paying a steep price, often around $100,000, to be an early adopter in what could be the future of the automotive industry. Flaws likely aren't going to make early adopters love their Tesla any less. The issue goes deeper than the flaws themselves, as Tesla is continuously working to fix these production issues. The problem is that once the Model 3 goes mainstream, with a price tag starting in the mid $30,000s, these are issues that mainstream consumers won't take as lightly.

Furthermore, Tesla recently had a private investor call, and it's rumored that the company will skip its beta prototype stage on the Model 3 -- typically it goes from alpha prototype to beta prototype to release candidates -- and will instead go straight to release candidates. Perhaps Tesla believes its prototype is indeed ready, or perhaps it's rushing to get the vehicle out too early. That's a risk, no matter how you view it, and a big one because Tesla needs to get the Model 3 nearly perfect to foster mainstream adoption.

As a company trying to change the automotive industry for the better, Tesla is easy to root for. Owning shares of Tesla given the culture and product concerns on the eve of the release of the critical Model 3 isn't as easy to do, especially as expensive as shares currently appear. Keep these two concerns in mind -- investors also would be wise to look into Tesla's cash burn, debt load, and acquisition of SolarCity -- as we navigate through what could be a make-or-break year for the company.