Please ensure Javascript is enabled for purposes of website accessibility
Log In Help Join The Motley Fool
Free Article Join Over 1 Million Premium Members And Get More In-Depth Stock Guidance and Research
By Tyler Crowe - Updated Mar 22, 2017 at 11:54AM

Canadian National Railway and Anheuser-Busch InBev are businesses that can stand the test of time.

If you want an investment time horizon that's forever, it will drastically change the way you view the businesses and stocks you buy. Throw out those fresh IPO tech stocks, turnaround stories, and value plays. Instead, look for great businesses in industries that will be nearly impossible to disrupt for decades.

With that kind of mind-set, two companies pop out as the kinds of businesses you'll want to own for your lifetime and well beyond: Canadian National Railway (CNI 0.36%) and Anheuser-Busch InBev (BUD 0.40%). Here's why they fit the bill better than almost any other stock. 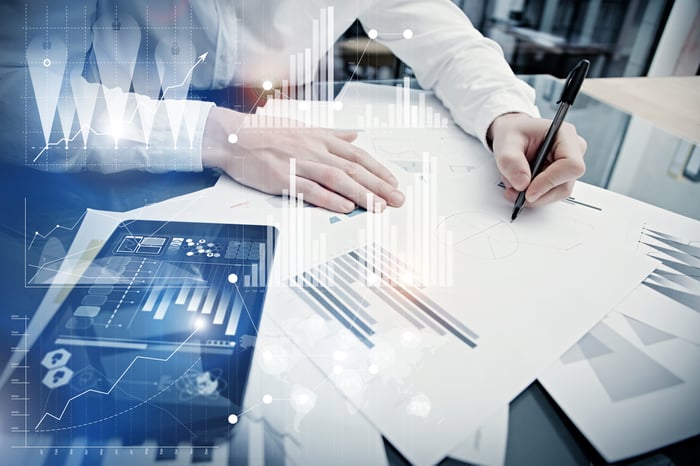 An industry that just keeps chugging along

As much as we have made incredible advancements in logistics and transportation over the years, there is one undeniable fact: When you need to move large amounts of goods, rail transportation remains the most effective means to do that. The ability to move bulk goods, commodities, and intermodal containerships over long distances at relatively low cost is going to make it incredibly difficult for any other mode of transportation to compete with the cost effectiveness of freight rail transport.

What also makes rail an attractive investment for a very long investment time horizon is that it is extremely difficult to disrupt the existing companies in the industry. The billions upon billions of dollars it takes to build out an adequate network of rail makes it close to impossible for a new rail company to set up shop, especially when the railroad network in North America is already well established. That means that the existing companies are well entrenched and probably aren't going anywhere anytime soon.

When making an investment in rail over the long haul, you don't want to focus too much on cyclical trends or turnaround stories. Rather, the big focus should be on the business that has a robust network and runs that network most efficiently. Using that as a jumping-off point, then Canadian National Railways is hard to beat. Canadian National has the only rail network in North America that connects to ports on the Atlantic, Pacific, and U.S. Gulf Coast. It also happens to consistently outperform its peers in terms of getting more revenue per ton mile shipped and keeping its operating ratio -- rail industry speak for cost of goods sold -- the lowest in the business. 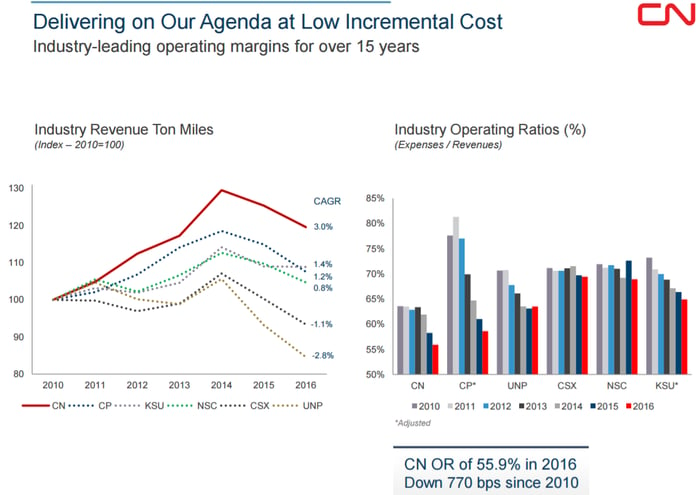 Of course, all of these only benefit an investor if the company can deliver those results to the bottom line, and Canadian National doesn't disappoint in this regard. For close to two decades, it has continually improved its rates of return for investors while steadily growing its dividend and buying back gobs of stock. 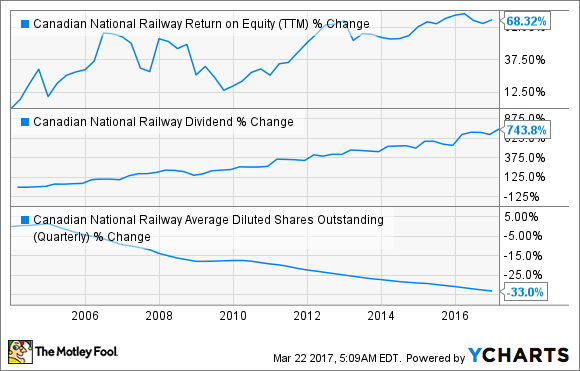 With shares of Canadian National trading at an enterprise value-to-EBITDA ratio of 12.5 times, the stock isn't a screaming bargain and is well above its historical valuation over the past 20 years. Buying shares today is by no means a bad idea since the company has shown to deliver year in, year out. Those with a little more patience, though, might get a better deal in the future. With that said, there is no denying that Canadian National has the kind of traits you want from a buy-and-hold-forever kind of company.

When you sit and think about it, Anheuser-Busch InBev has quite possibly the most undisruptable business out there. Beer and alcohol consumption has been around for thousands of years, and the profit margins for fermented barley and hops are off the charts. Over the past 12 months, Anheuser-Busch InBev has generated EBITDA margins of 35% on selling a wide variety of beers -- from its core global brands of Budweiser, Stella Artois, and Corona to a range of upscale products tailored to regional markets.

It's clear that the company swung for the fences when it acquired SABMiller last year, bringing together two of the world's largest brewers. Granted, the company did need to shed some brands to make the transaction happen and took on an incredible amount of debt to facilitate the deal, but the the global footprint and its suite of brands are unparalleled. Of the top 10 selling beers in the world, Anheuser-Busch's beers rank at 3, 4, 5, 8, and 9. With the principal ingredients for beer more or less the same, bringing these brands all under one roof is providing Anheuser-Busch with an opportunity to save about $2.8 billion in costs. 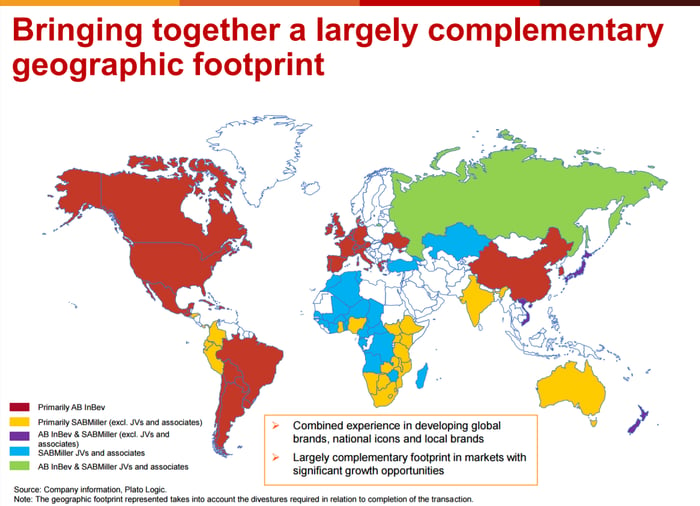 If there is one reason to be timid about buying AB's stock today, it's that the company has a lot of corporate restructuring to do, and those sorts of things can always happen in fits and starts. Also, the amount of debt on the balance sheet will make almost any investor blush -- current debt to EBITDA stands at a whopping 6.6 times. Furthermore, its enterprise value to EBITDA of 20 times is awfully high. Management intends to lower its debt levels to a net debt (debt minus cash) to EBITDA of 2.0 times, and until that happens, there won't be much in terms of cash flowing to investors.

All that being said, it's hard to imagine a scenario where Anheuser-Busch InBev isn't a viable company in the future. Unless we come up with some new, innovative way to consume alcohol that makes beer obsolete, Anheuser-Bush will crank out incredible margins selling fizzy malt beverages. Perhaps buying the stock isn't the absolute best thing to do at this very moment, but it is certainly worth waiting to find a proper time to buy this stock and hold it forever.

SpaceX to the Moon and a Railroad Bidding War

With Pipelines Filled to the Brim, Oil Companies are Turning to Railroads for Relief