Even as the industry contracts, many of the world's largest and most successful hedge funds remain destinations for capital and top investing talent. Often led by seasoned and savvy founders, these organizations are widely followed in the media and finance industries for their stock-picking prowess.

Case in point: Market research firm FactSet Research Systems publishes a quarterly tracker of the investing activities at what it sees as the Top 50 global hedge funds. Here's a quick rundown of two of the most popular stocks among the hedge fund elite as of the fourth quarter of 2016. 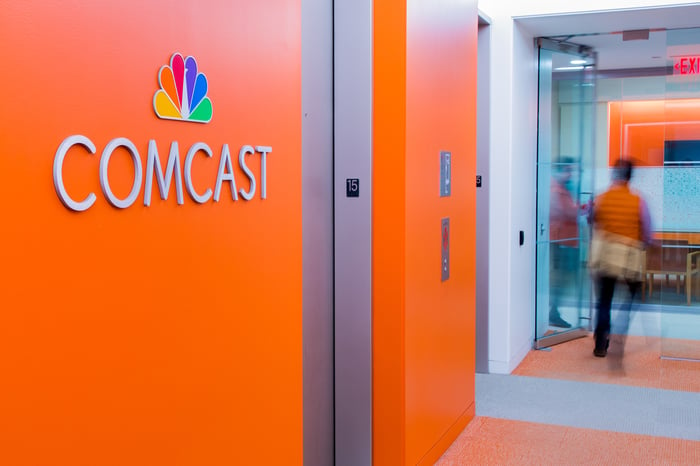 Owned by 22 of the top 50 hedge funds, vertically integrated cable giant Comcast (NASDAQ:CMCSA) is one the most interesting stocks in media today, as I discussed a few weeks ago. The reason is straightforward: Comcast is one of the few cable companies poised to capitalize from the increased overlap in the telecom and media industries.

In the coming years, telecom companies such as AT&T see a major opportunity to evolve the traditional bundle of TV, internet, and phone service into a new format in which TV programming flows over wireless networks directly to mobile devices. This is the underlying strategy behind AT&T's deal to buy Time Warner. Comcast is one of the fortunate few, in addition to AT&T, in a position to create a similar "mobile bundle," much to shareholders' benefit.

Comcast owns key content assets including NBC, Bravo, CNBC, and much more that should allow it to secure the rights to stream cable programming over its coming mobile network. It also has secured spectrum rights from other telecom companies and is actively working to buy its own wireless spectrum via the FCC's ongoing auction process.

In short, hedge funds love Comcast because it's well suited to become one of the few pure-play mobile cable operators in the years to come. 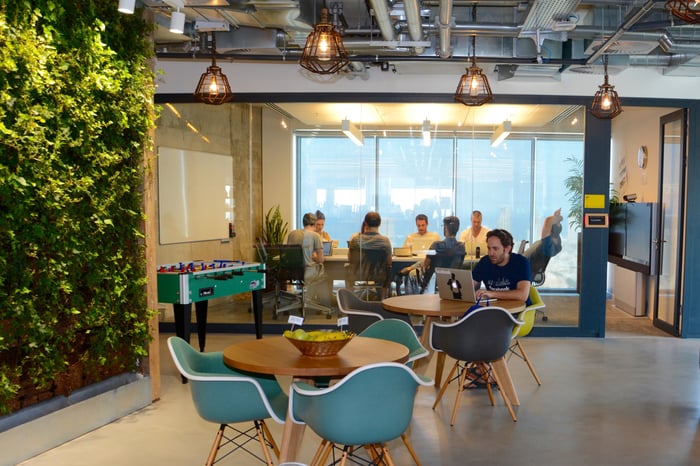 Of the 50 large hedge funds included in the survey, an impressive 27 of them owned shares in the world's largest social network, making Facebook (NASDAQ:FB) the most widely held stock in FactSet's report.

The bullishness is well founded. Even as Facebook has grown into one of the world's largest publicly traded companies, its momentum has shown no signs of slowing. Facebook has grown its sales from $3.7 billion in fiscal 2011 to $27.6 billion in fiscal 2016, establishing itself as the only viable potential rival to Alphabet's digital advertising empire. That's an incredible run, and one of the more impressive growth trajectories from a large-cap company that comes to mind.

Facebook has also invested in a handful of emerging technologies with an enviable degree of foresight. Mark Zuckerberg and company understood the coming importance of messaging apps as global channels for communication, commerce, and much more develop. Many argue that messaging apps such as Facebook Messenger, WhatsApp, Line Corp., and more will eventually become a new layer of software, akin to the operating systems that power PC and smartphones today. Messenger and WhatsApp -- which Facebook acquired in February 2014 for a massive $19 billion, including incentives -- both sport user bases of over 1 billion monthly active users today.

Facebook also spent $2 billion to acquire virtual-reality (VR) start-up Oculus in March 2014. And though VR remains in its early stages of development, Goldman Sachs research estimates that sales of VR hardware and software will reach $80 billion by 2025.  Meanwhile, some have heralded Facebook's $1 billion purchase of Instagram -- which has been valued at as much at $50 billion in recent years -- as the smartest tech acquisition of all time.

Indeed, Zuckerberg is one of the world's most skilled technology executives today. At just 32, he should be around to benefit Facebook investors with his unique ability for years to come. And given its unique mix of present-day profitability and continued long-term potential, Facebook could remain a hedge fund industry darling for quite some time.