The discount retailer surged on another strong earnings report and expectations for 2017.

Shares of Five Below, Inc. (FIVE -3.12%) were surging higher today after the discount retailer beat expectations in its fourth-quarter earnings report. As of 11:04 a.m. EDT, the stock was up 11.6%. 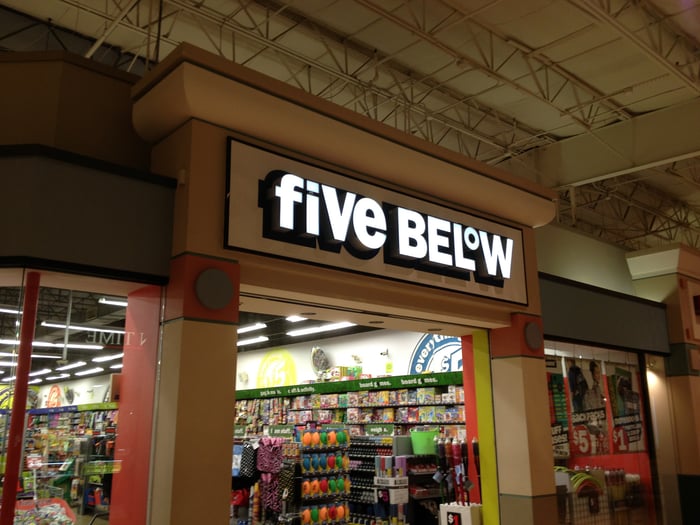 CEO Joel Anderson commented, "Our performance in 2016 once again illustrates the strength, consistency and broad appeal of the Five Below model with a compelling merchandise assortment designed to 'wow' our customers at incredible values." He also noted the company completed its 11th consecutive year of comparable-sales growth.

Investors were also impressed with Five Below's guidance for 2017, as the company expects to open another 100 stores in the current year, increasing its base by 19%. Management also projected revenue of $1.21 billion to $1.23 billion, which includes an extra week in the year, representing an increase of 21% to 23% over the $1 billion in 2016. On the bottom line, the company expects earnings per share to improve from $1.30 to $1.55-$1.61. Both projections were in line with analyst estimates. Management also called for a low-single-digit increase in comparable sales this year.

In a challenging retail climate, Five Below's ability to aggressively open new stores and grow comparable sales is impressive, and the company's mixture of cheap, fun products appears to be protected from e-commerce threats. Considering that, I'd expect profits to continue marching higher.