The struggling theme park operator has had a rough couple of years, but one major investor is reportedly making a big bet.

According to an announcement by SeaWorld this morning, the Chinese conglomerate Zhonghong Zhuoye Group is taking over The Blackstone Group's (BX) 21% stake in Seaworld for nearly $430 million. Blackstone bought Seaworld in 2009, took the company public four years later, and has been selling parts of its stake in the company since. This sale will fully remove Blackstone's position in Seaworld. 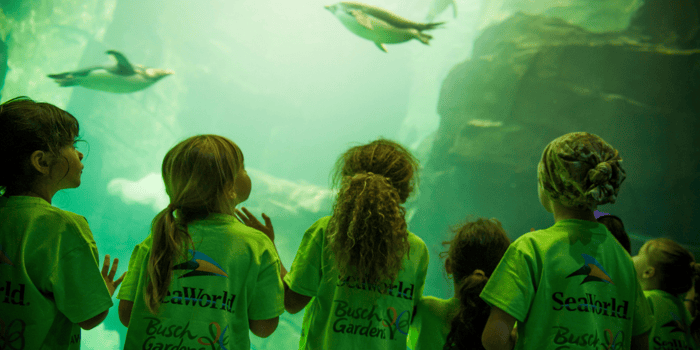 SeaWorld Entertainment is the owner of 12 theme parks, including its flagship SeaWorld Parks but also a few other parks such as Busch Gardens. The company has struggled in recent years largely because of backlash over the company's use of animals -- particularly orcas in its iconic killer whale show. The company has said that it plans to phase out its orca shows and breeding program through 2019.

While SeaWorld has struggled -- sales were down year over year for the last three years and the company reported a wider-than-expected loss for full-year 2016 -- other theme park companies have been thriving. Disney has seen its theme park segment rise steadily in recent years, and its new park in Shanghai, China, is expected to give a major boost to that segment going forward. Part of the interest in SeaWorld's deal seems to be the possibility of expansion in China as well, something that could potentially be a major boost for SeaWorld as the entertainment company continues to transition its struggling business.