Despite the ongoing drug-pricing debate that may result in a tectonic shift to a value-based purchasing scheme (vs. unit-based pricing), the pharmaceutical industry as a whole remains on a solid long-term growth trajectory.

Valuations across the space are poised to continue their steady march higher, after all, as a result of the ever-growing global population that's driving a surge in demand for healthcare services across the board. 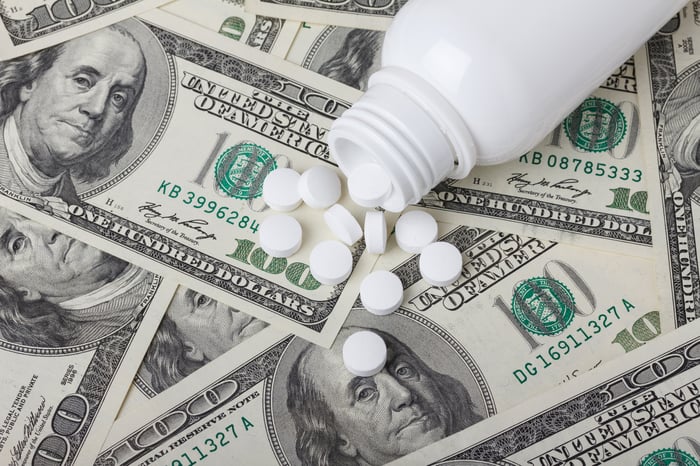 Furthermore, several key emerging markets like China are rapidly bridging the gap with their Western counterparts in terms of access to healthcare in general, and cutting-edge prescription medicines in particular. So, if anything, profit margins in many ex-U.S. territories should slowly but surely improve moving forward.

And last but certainly not least, the industry's ongoing innovation boom is arguably still in its infancy, with researchers only starting to scratch the surface of the awe-inspiring power of genomics.

The point is that investors certainly shouldn't shy away from this high-growth industry due to the increasingly harsh politics surrounding prescription drug prices. In fact, investors might want to consider snapping up shares of the big pharma stock Pfizer (NYSE:PFE) right now and holding onto them for at least the next decade.

One of the most important and arguably underappreciated factors that's likely going to distinguish the winners from the losers in pharma moving forward is financial flexibility.

The harsh reality is that the loss of market exclusivity for numerous top-selling drugs has forced a fair number of pharma companies to grossly overpay for revenue-generating peers or intriguing experimental-stage drug candidates in the past few years.

The net result is that the industry's average amount of leverage has ballooned to unsightly levels. The average debt-to-equity ratio among major drug manufacturers, for instance, currently stands at 113% -- indicating that most companies have highly leveraged balance sheets that may negatively impact their ability to manage their debt or modify their capital allocation strategies in accordance with prevailing market conditions.

And that's where Pfizer has a distinct advantage over many of its big pharma brethren.

Although Pfizer's debt-to-equity ratio for the most recent quarter isn't stellar at 71% due to its recent spate of acquisitions that include Anacor Pharmaceuticals, Hospira, and Medivation, the company did wrap up 2016 with a noteworthy $18 billion in cash and short-term equivalents.

Even more impressively, Pfizer reported a whopping $86 billion in unremitted foreign earnings that could come into play if Trump's proposed corporate tax plan becomes reality, or if lawmakers finally agree on a one-time tax holiday to incentivize U.S. companies to start repatriating the more than $2 trillion in cash that's currently parked overseas.

The take-home point is that Pfizer has an absolute mountain of cash and comparatively less leverage than its peers, meaning that it can take advantage of compelling M&A opportunities as they arise, or ratchet up its shareholder rewards program, depending on market conditions. And that's critical in an increasingly uncertain environment where political pressure is already starting to lead to noticeable changes in standard pricing practices across the industry.

Despite its ongoing battle with the patent cliff, Pfizer still managed to produce an impressive 8% increase in total revenues in 2016, hauling in a monstrous $52.8 billion last year. On an operational basis, the company's top line did even better, with an 11% increase for the year, and that's including a 3% unfavorable impact from foreign exchange rates during the year.

Peeling back the multilayer onion of Pfizer's diverse revenue stream, the company's solid uptick in sales last year stemmed primarily from its new breast cancer drug Ibrance. Specifically, this single drug racked up $2.1 billion in sales in 2016, helping to offset the steady sales declines of former top-sellers like Lipitor and the disappointing downturn in its pneumococcal meningitis vaccine franchise.

While Ibrance will now face a more competitive landscape following the recent approval of Novartis' competing breast cancer drug Kisqali, this key growth driver probably won't experience much, if any, of a drop off in its commercial trajectory moving forward. Ibrance, after all, has a safer profile than Kisqali, along with a two-year head start.

In short, Ibrance is deeply embedded in the market at this stage, and Novartis' drug doesn't appear to have the necessary ingredients to displace it. Wall Street, after all, has Ibrance's 2017 sales pegged at around $3.3 billion, despite Kisqali's approval.

That's key because Pfizer's megablockbuster pain medicine Lyrica -- which has helped shore up the company's top line since Lipitor's patent expiration -- is set to face generic competition in the U.S. in early 2019, and its Prevnar franchise may have already hit its high-water mark from a commercial standpoint.

Bottom line: Ibrance is a legitimate franchise-level cancer drug that has the ability to ease the transition from Pfizer's aging product line to its next generation of medicines.

After its acquisition of Medivation, Pfizer also sports the advanced prostate cancer drug Xtandi, solidifying its growing footprint in the high-value oncology drug market. So the next potential domino to fall into place is its immuno-oncology drug candidate avelumab, which Pfizer co-owns with Merck KGaA. 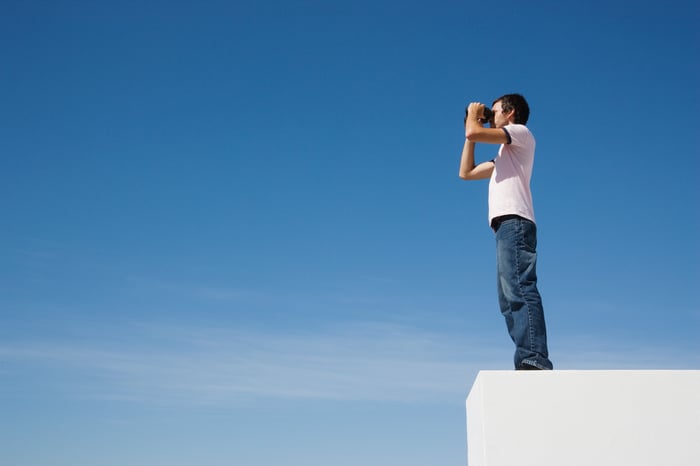 The two companies recently filed for avelumab's approval for both Merkel cell carcinoma and metastatic urothelial carcinoma in the United States. So, this key immuno-oncology drug candidate could be on the market for two different indications before year's end.

While these first two indications present fairly modest commercial opportunities (around $600 million at peak), avelumab does have the potential to eventually generate peak sales in excess of $4 billion based on its broader development program with the ultimate goal of establishing the drug as a backbone therapy across a diverse range of malignancies.

The takeaway here is that Pfizer now has a realistic shot at owning at least a part (Xtandi is also co-owned with Astellas Pharma) of three major cancer drugs (Ibrance, Xtandi, and avelumab) early in their commercial life cycles in the not-so-distant future.

Apart from avelumab, Pfizer is also developing a host of additional checkpoint inhibitors/modulators targeting other therapeutic receptors such as 4-1BB and OX-40, and it's even got stake in the chimeric antigen receptor T cell therapy, or CAR-T, race through its partnership with Cellectis and Servier. So, Pfizer does have the clinical assets in place to become a major force in the next legs of the immuno-oncology race: combination therapies and genetically modified cell therapies.

Turning to the big picture, Pfizer's core area of expertise is shifting more and more toward oncology, and that's great news for investors. Besides being one of the fastest-growing drug markets, oncology products have proven to be largely immune to the drug-pricing controversy, and newer medicines like Ibrance will likely fare exceptionally well under a value-based purchasing scheme because of its strong clinical benefits to breast cancer patients.

Pfizer's unusually strong cash position and reasonable debt levels also mean that the company can be flexible in terms of its capital allocation strategy. Some of the company's peers, by contrast, have painted themselves into a corner financially by paying sky-high premiums for new sources of revenue.

In all, Pfizer is starting to put the pieces of the puzzle together to boldly move into the next phase of its life cycle, and it's done so without wrecking havoc on its balance sheet. And that's why Pfizer should definitely be on your radar if you're looking for a big pharma stock to add to your portfolio this year.