Please ensure Javascript is enabled for purposes of website accessibility
Log In Help Join The Motley Fool
Free Article Join Over 1 Million Premium Members And Get More In-Depth Stock Guidance and Research
By Brian Stoffel - Mar 26, 2017 at 11:11AM

Hint: It has almost nothing to do with investing

In 1972, after spending time in the Pacific islands, anthropologist Marshall Sahlins proposed a startling theory in his book, Stone Age Economics: instead of always existing on the razor's edge of hunger, many hunter-gatherer peoples enjoyed an affluent life.

How could this be?

There are two possible courses to affluence...The familiar conception...based on the concept of market economies -- states that man's wants are great [and]...his means are limited.

But there is also a Zen road to affluence, which states that human material wants are finite and few... Adopting the Zen strategy, a people can enjoy an unparalleled material plenty. 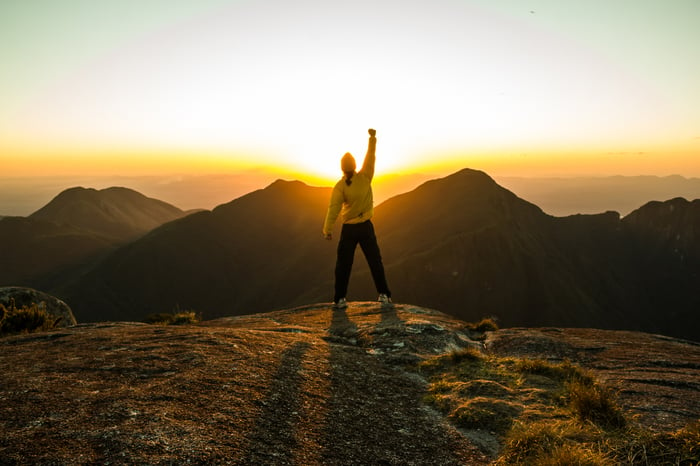 Sahlins was teased for his supposed naiveté at the time, but scholarly work since then has supported large parts of his theory. Best-selling author of Guns, Germs and Steel Jared Diamond has famously called agriculture "the worst mistake in the history of human kind." He says that because:

What does any of this have to do with investing? Everything!

The overlap between what Sahlins has to say about affluence and what our mission here at The Motley Fool is -- to help the world invest better -- may seem tenuous. The former is popular with New Age hippies, while the latter is most often visited by working professionals.

But there's a happy middle ground we can all draw from. First, though, an annoyingly simple question for you to answer before proceeding: Why do you invest?

Perhaps it's to secure a comfortable retirement, send your kids to college, or ease your financial insecurities. The list is inexhaustible; but a thread that runs through all our answers is a desire for a measure of financial independence -- the autonomy to choose what we work on, when we work on it, and how it's done.

If you accept that premise, then there's a somewhat-startling conclusion you can reach: the most important investing lesson has nothing to do with risk, diversification, fees, or finding the next home run stock. It instead all boils down to one simple metric: your savings rate.

While I'll get into the details below, here's the most important investing chart you'll ever see. It plots how many years you'll need to work before you are financially independent (FI), based on your savings rate and investing acumen. Note that this completely ignores Social Security or pensions, and uses the 4% rule as the basis for calculations.

The Most Important Factor: Your Savings Rate
Create line charts

But don't take my word for it. There's a new cast of popular bloggers who welcome the chance to share their own stories. A guy named Pete and his wife retired at 30, and not because they were millionaires or master investors -- they just saved over half of their money and invested it in ETFs every year. They are not alone: Brandon did the same, and is now travelling the world; Jacob called it quits at 30, and has tried his hand at whatever interests him.

What all of these people realized is that finding your level of "Enough", respecting the insidious effects of hedonic adaptation, and promising to only spend money on what you need has a double-edged benefit:

I simply cannot over-emphasize what a unique situation this is. It would be akin to the fastest runner of a marathon only having to complete 13 miles instead of 26. You won't find many advantages like this in finance, or life!

Chances are you won't be a master investor

Let's go back to that chart for a second. I had three classifications: The "average" investor saw his/her portfolio grow by 6.88% per year. That's the compounded annual growth rate (CAGR) of the stock market from 1871 to 2016, including dividends, and adjusted for inflation. The "poor" investor averaged 4.88% returns, while the "great" investor averaged 8.88% returns.

Those might seem like small differences, but they are actually enormous. Warren Buffett, arguably the greatest investor the world has ever known, has only beaten the S&P 500 by 2.6 percentage points per year over the last twenty years.

And the percentages that I'm using are actually generous. The average investor actually underperforms the market by an astounding 4.7 percentage points per year! How is that possible? We buy high, sell low, and over-react in between.

The details aren't all that important. What is important is this: you (and I) are most likely not going to be master investors. Accepting this fact, it's important to look for where we have the most leverage: our savings rate. Hard as it may be to believe in our current culture, once we meet a baseline of physical goods, the effect that additional income has on happiness is negligible.

The more we learn how to be content with fewer physical possessions, the closer we get to financial freedom. That affluence of time, as Sahlins observed, is part of our DNA. We yearn for it. So start focusing now on what you have control over, and you'll thank yourself in the decades to come.