Please ensure Javascript is enabled for purposes of website accessibility
Log In Help Join The Motley Fool
Free Article Join Over 1 Million Premium Members And Get More In-Depth Stock Guidance and Research
By Brian Stoffel - Mar 27, 2017 at 9:00AM

With Frontier on the ropes, is it a better buy at such depressed prices?

The past few days have been utterly painful for shareholders of Frontier Communications (FTR). After analysts called the company's dividend into question, shares have fallen sharply -- and they have lost almost half of their value since just this January.

Does such a move mean that the company -- and its headline-grabbing dividend yield of over 20% -- is a buy at today's prices? Would it be a better bet than putting your money behind a much safer telecom like AT&T (T 0.44%)? 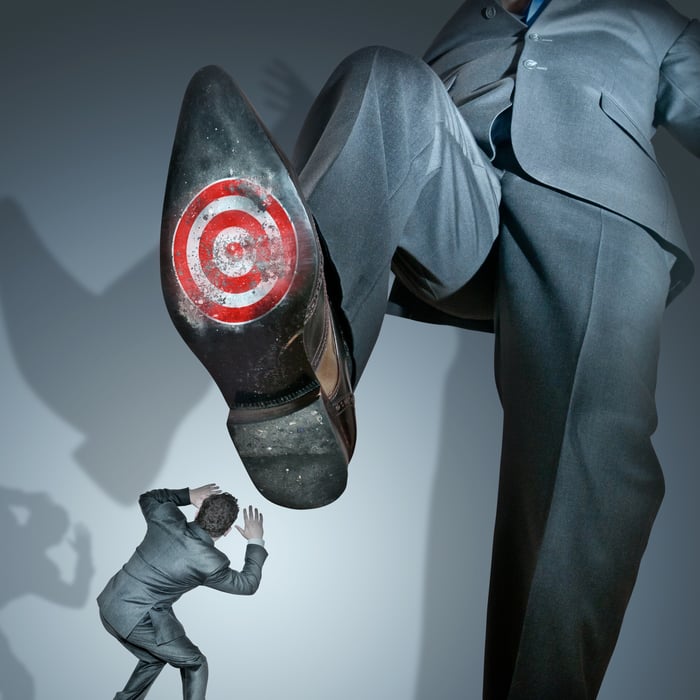 The answers to these questions aren't 100% knowable. But we'll try to examine them by viewing the two companies through three different lenses.

If I had one piece of advice for beginning investors, it would be this: Spend all your time studying sustainable competitive advantages -- otherwise known as "moats." While valuation, industry dynamics, and total addressable markets aren't unimportant, they pale in comparison with a company's moat.

In the simplest sense, a moat is what separates a company from the competition. It is what keeps customers coming back year after year, and keeps the competition at arm's length for decades. Both AT&T and Frontier benefit from a huge moat, in that there are enormous barriers to entry in the telecom business. The upfront costs associated with setting up the infrastructure to deliver telephony and Internet are mind-boggling.

But since both companies benefit from this moat, it isn't much of a differentiator. Instead, I look at the fact that AT&T is looking to diversify beyond simple telecom and become a content owner and distributor. It is doing that via its acquisitions of Time Warner and DirecTV. That, plus the fact that the company owns 32% of the wireless subscription market in the United States, is a powerful differentiator.

Frontier, on the other hand, is a much smaller player that's going through growing pains while it attempts to integrate recent acquisitions it made from both AT&T and Verizon. There's no way it could focus right now on content ownership or delivery the way that AT&T is. The winner in this case is clear.

Telecom investors love to see money coming back to them every quarter in the form of dividends. But it wouldn't be prudent for a company to spend all of its cash on payouts. That's because every company, at one point or another, will face uncertain economic times.

Those that enter such times with lots of cash have options: buy back shares on the cheap, make strategic acquisitions, or -- most importantly -- outspend rivals to gain market share. Those that are debt-heavy are in the exact opposite boat, forced to narrow their focus just to make ends meet.

Here's how AT&T and Frontier stack up in terms of financial fortitude, keeping in mind that AT&T is valued at over 100 times the size of Frontier.

Because of the nature of the telecom industry, neither one of these companies sports a balance sheet worth bragging about. The real differentiator is usually free cash flow, but relative to their sizes, they both have similar cash flows.

Instead, I look at Frontier's tenuous situation with its debt -- at 54 times its cash position, versus AT&T's ratio of just one-third that amount -- as the tiebreaker. As the recent worries over Frontier's debt have shown, this is something to worry about.

Given the massive drop in Frontier's stock lately, this is a lot closer than one might think. On a price-to-free cash flow basis, Frontier is 35% cheaper than AT&T. And even if Frontier has to cut its dividend by 50%, it will still be yielding more than AT&T.

While AT&T's dividend is no doubt safer than Frontier's -- based on the payout ratio from free cash flow -- the risk/reward tips, ever so slightly, in Frontier's favor at this point.

So there you have it: AT&T is the safer bet at today's prices. While Frontier is in the bargain basement at this point because of serious questions about its dividend, that alone isn't enough to make it a better buy. AT&T has a stronger moat around it, and a healthier balance sheet.

Riskier investors may want to take a position in Frontier, but for the average American trying to build up his/her retirement portfolio, AT&T is the way to go.