Facebook is opening up header bidding to all publishers using its ad network.

Facebook (META -0.39%) is already a dominant force in digital display advertising. eMarketer expects the social network giant's share of the U.S. market to climb to 39.1% this year, as it sells more than three times as much display advertising as its next closest competitor, Google. The Alphabet (GOOG -1.62%) (GOOGL -1.81%) company is expected to generate $5.2 billion in U.S. display advertising this year.

But Facebook's ad revenue is largely confined to its own properties, such as Facebook and Instagram. The Facebook Audience Network (FAN) -- its ad network -- generates only a few hundred million in annual net ad revenue for the company. That number could get a significant boost in the near term, as Facebook just announced it's rolling out header bidding to all mobile web publishers. That represents not only a significant opportunity for Facebook to increase its network ad revenue, but a threat to Google's display ad business as well. 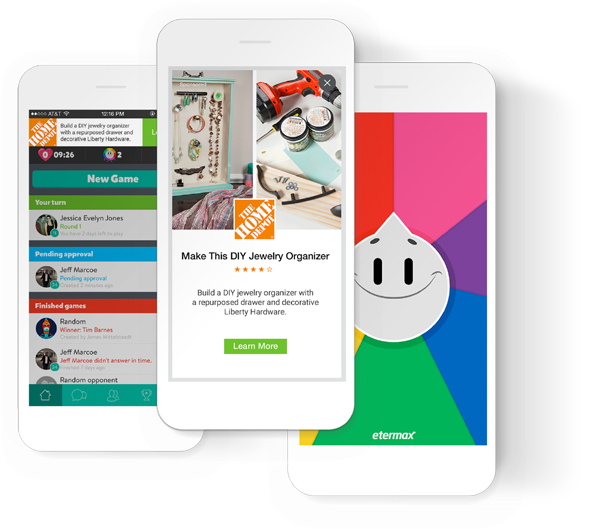 Header bidding is a system that levels the playing field when it comes to selling ads online. Previously, whenever you loaded a web page, that publisher would check ad networks one by one until it found an advertiser willing to pay a reasonable price to populate the ads on the site. Since Google is such a dominant force in advertising, publishers' searches usually started and ended with Google.

Header bidding allows publishers to collect bids from multiple ad networks at the same time and receive the highest bid for its ad inventory. As a result, publishers receive more revenue for their ads, and smaller ad networks stand a fighting chance against Google. The more ad networks supporting header bidding, the better it is for publishers. Facebook says publishers in its tests saw a revenue increase of 10% to 30%. 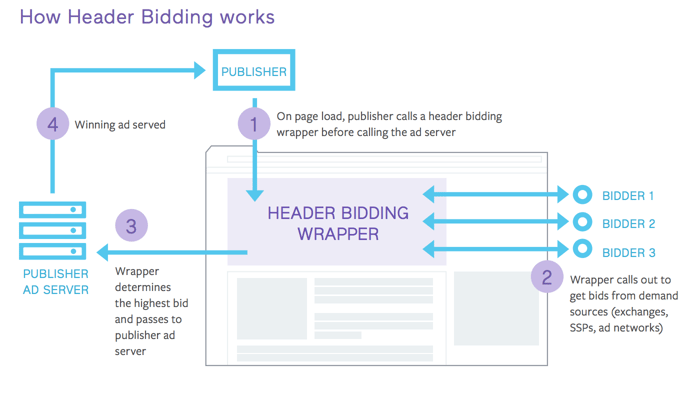 Amazon.com (AMZN -2.78%) notably developed a header bidding solution last year in an effort to potentially grow its advertising business. Given Amazon's prowess in cloud computing -- supporting hundreds of major websites -- its integrated cloud-based solution could prove extremely popular with publishers. Now, Facebook is partnering with Amazon and several other header-bidding system developers to bring its ad network to more publishers.

Facebook's audience network still represents a small part of Facebook's revenue. It reached a $1 billion run rate at the beginning of 2016, but that's gross revenue. Facebook only keeps a small percentage of that figure as net revenue.

During Facebook's second-quarter earnings call last year, CFO Dave Wehner told analysts: "The overall growth is still being driven predominantly by Facebook. Instagram is clearly making a contribution, as is the Audience Network."

That may change later this year, however, as Facebook faces ad load saturation. But with the social network's steady user growth and continued increases in engagement, Facebook's enormousness will still be tough to overshadow.

Nonetheless, the growth of FAN will certainly help Facebook offset some of the slowdown at its flagship app. In fact, since the audience network uses the same targeting data as Facebook's in-house ads, Facebook advertisers may be inclined to start buying more ads on Facebook, especially if header bidding increases its ability to win bids on publishers' websites.

The impact on Google

The value of FAN to publishers is that Facebook requires marketers to bid the same on FAN ads as on its own ads. Therefore, third-party publishers get the same (presumably high) rates as Facebook. If Facebook's average bid is higher than Google's, it could force Google to lower its take rate from publishers.

Last year, Google generated $15.6 billion in gross revenue from its network partners. It also paid out $10.9 billion in revenue sharing to those publishers, about 70%. In fact, publishers' revenue share from Google has increased two percentage points since 2014, when header bidding started becoming popular.

Google said that "the increase in Network Members' TAC [traffic acquisition cost] rate was primarily driven by the shift in advertising buying from our traditional network business to programmatic advertising buying." As more ad sales shift to header bidding and more ad networks like Facebook join the fray, Google stands to see that number continue climbing, unless it wants to lose out on some of that $15.6 billion in gross revenue it generated last year.