Much to the delight of President Donald Trump, Ford Motor Company (NYSE:F) said on Tuesday that it will invest $1.2 billion in three of its facilities in Michigan.

Big announcement by Ford today. Major investment to be made in three Michigan plants. Car companies coming back to U.S. JOBS! JOBS! JOBS!

The investments will help Ford prepare to produce several new products, including the Ranger pickup and Bronco SUV, and will also support its ongoing move into new technology-enabled "mobility" businesses. 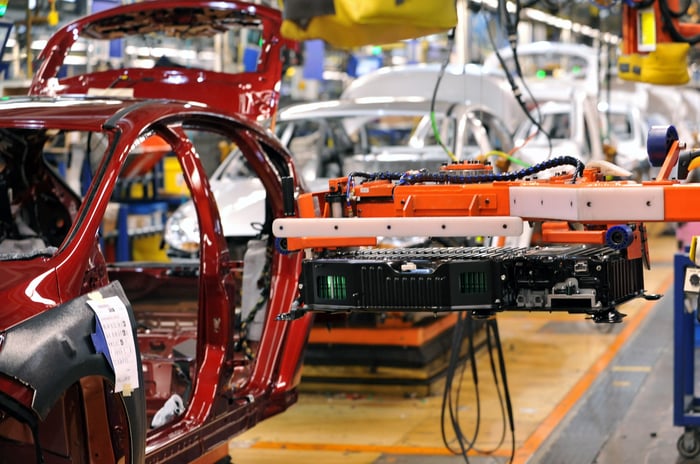 What Ford said: Spending on new products and big data

Ford said that it's committing $1.2 billion to three sets of investments:

These investments follow a $700 million commitment, announced earlier this year, to add production tooling for upcoming Ford electric and autonomous vehicles at Ford's Flat Rock Assembly plant. Ford said on Tuesday that it will build the second new data center at the Flat Rock facility.

Together with the Flat Rock investments announced in January, Ford has committed to spend $1.9 billion on its Michigan facilities so far in 2017.

Despite the president's happy tweet, there's not much new in this news, and the total number of "new and retained" jobs announced on Tuesday isn't huge. (The Flat Rock commitment announced in January will lead to 700 new jobs, Ford said at the time.) For Ford investors, there's not much in the way of surprises here, good or bad.

We knew Ford was planning to retool Michigan Assembly to build the Ranger and Bronco, and we knew it was planning to build new data centers (though we didn't know where). But in the current political environment, it makes sense for Ford to play up these kinds of announcements.

Most of these investments were outlined in Ford's 2015 contract with the United Auto Workers and have been hinted at in news releases since then. But it's worth noting that the spending announced on Tuesday is $350 million more than Ford had committed to spend in that UAW agreement. It's spending $150 million more than expected at Michigan Assembly, and the data center at Flat Rock wasn't outlined in the UAW deal.

Ford will report its first-quarter earnings result on April 27. The Blue Oval's first-quarter profit is expected to be down significantly from a year ago, in line with the guidance given by CFO Bob Shanks to investors last week.