Please ensure Javascript is enabled for purposes of website accessibility
Log In Help Join The Motley Fool
Free Article Join Over 1 Million Premium Members And Get More In-Depth Stock Guidance and Research
By Bradley Seth McNew - Updated Mar 30, 2017 at 11:50AM

Sold-out arenas and cash prizes in the tens of millions -- here's why this could be a huge opportunity for the gaming industry.

Of the forces that could drive the future of the video game industry, including new consoles and virtual reality, one especially interesting opportunity lies in e-sports. Some of the industry's biggest players are racing to establish themselves in this space, but exactly how viable are video games as a spectator sport?

E-sports -- also called competitive gaming or pro gaming -- closely resemble more traditional sports in that participants compete to earn salaries and cash prizes but in multiplayer video games such as League of Legends and World of Warcraft. Events are typically organized through e-sports organizations, and they can happen online or in actual arenas with all of the hype one would expect at a major sporting event. 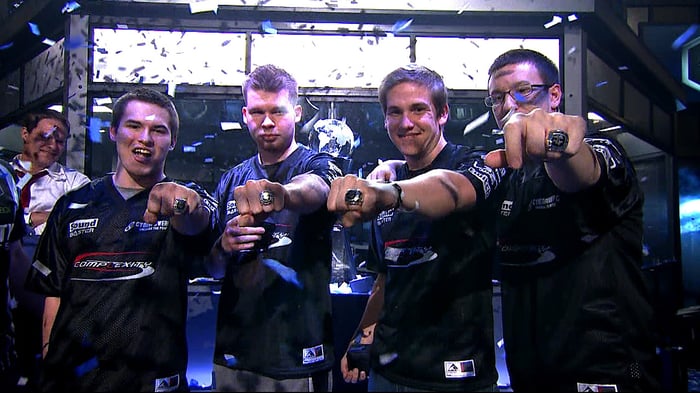 In the 2016 international Dota 2 competition held in Seattle, thousands of people came out to watch teams of gamers compete for over $20 million in cash prizes. An estimated 385 million viewers will tune into e-sports competitions in 2017, and that's expected to grow rapidly in the coming years.

According to analysts at Newzoo, the e-sports industry is expected to bring in about $700 million of revenue this year, growing to more than $1.5 billion by 2020.

The opportunity for gaming companies

Much of the value for e-sports comes from broadcasting and advertising opportunities, and media companies like ESPN are lining up to take part. YouTube Gaming was recently launched as a platform for streaming e-sports, and Amazon.com acquired Twitch.tv last year, a video streaming site known for competitive gaming content.

The leading video game companies -- Activision Blizzand (ATVI 1.90%) and Electronic Arts (EA 0.96%) -- each have their own broadcasting platforms as well. But for the time being, the greatest value of e-sports is in deeper player engagement and the ability to sell more titles as this sport continues to grow.

Activision Blizzard is now the parent company of Major League Gaming, following an early 2016 acquisition that Activision management said was part of their goal to create "the ESPN of e-sports". CEO Bobby Kotick said in the earnings call following the acquisition, "We think competitive gaming and the spectator opportunities connected to organized gaming competitions could provide sizable opportunities for shareholders, and great rewards and recognition for our hundreds of millions of players." 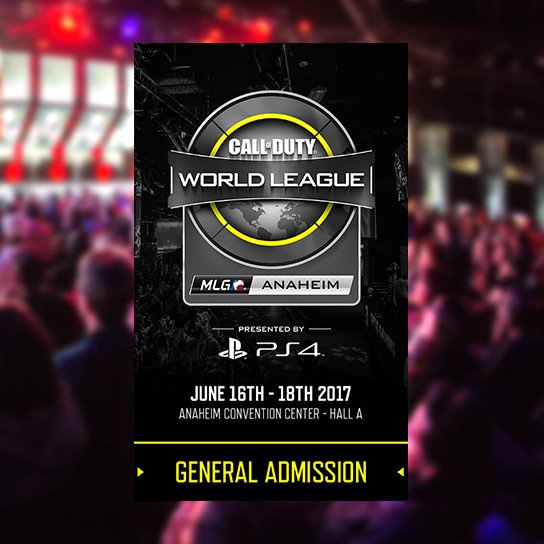 In the most recent earnings call, management said they have expanded existing leagues and have also announced a competitive league around the popular Overwatch game that launched in 2016. This year, Activision will begin "selling teams and commercializing media rights for the Overwatch League."

"Millions of fans were drawn to the action with the 2016 season delivering 120 million video views," said Activision COO Thomas Tippl, "and more than twice the time spent viewing compared to last year's season. We look forward to plenty more action in the months to come."

For Electronic Arts, enthusiasm for e-sports is similar. The brand has developed its own competitive gaming segment that has various levels from premier (entry) to EA Majors, which are large-scale live e-sports events hosted by the company. For the recent EA Major Madden Classic live event, the company said that 1.5 million fans played during the qualifying rounds before the live championship in Los Angeles.

Focusing on sports . . . for e-sports

So far, EA has focused on sports-based titles for competitive gaming, which makes sense given their popular franchises like FIFA and Madden. However, the company is also engaging through other kinds of fantasy and first-person shooter games like Battlefield. In the most recent earnings call, CEO Andrew Wilson said, "Our focus for EA's Competitive Gaming Division is to grow engagement in some of our biggest global franchises. With strong results to date, we will now expand EA Competitive Gaming even further in FY 2018, fueled by more competitions, new sponsors and broadcast partners, and original programming."

Of course, these aren't the only companies looking to capitalize on this trend. Take-Two Interactive is a much smaller gaming company by market cap but one of the fast-growing names in e-sports to watch. The company has partnered with the NBA as part of its NBA 2K e-league and in 2018, will begin hosting competitive gaming competitions that mimic the actual NBA season.

Compared to the broad video game market, valued at about $100 billion globally, e-sports is still a small slice of the pie. But as growth in the video game industry moderates, as Newzoo analysts expect to happen in the next few years, even an early stage opportunity like e-sports could have the massive potential that companies like Activision and Electronic Arts will tap to continue outperforming the market for years to come.