These three industries offer some of the cheapest stocks in the world.

One of the primary goals of any investor should be to beat the returns of the broader market -- a difficult task considering the S&P 500's average annual return of around 10%. And it stands to reason that looking for undervalued stocks -- or those trading for less than they're worth -- is a great way to accomplish that goal.

To help get you started, we asked three top Motley Fool contributors to each discuss a business sector that they believe is among the most undervalued our market has to offer. Read on to see why they chose airlines, automotive, and healthcare. 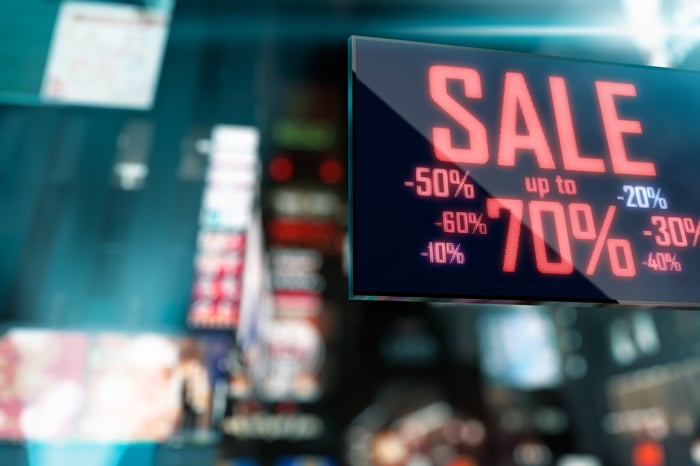 Look to the skies for low valuations

Steve Symington (airlines): Warren Buffett's Berkshire Hathaway effectively doubled down on airline stocks last quarter -- boosting its positions in Delta Air Lines (DAL -0.36%), United Continental (UAL -0.62%), and American Airlines (AAL -0.44%), as well as initiating a stake in Southwest Airlines (LUV -0.92%). Considering that Buffett referred to the airline industry as a "death trap for investors" as late as 2013, I think that's as clear an indicator as any investor could need that the airline sector is undervalued.

That said, each of the aforementioned stocks has staged a modest rebound since bottoming around the middle of last year. But note that Delta, United, and American each trade at just eight times this year's expected earnings. And even the most "expensive" of the bunch by that metric, Southwest Airlines, is valued at just 11.4 times forward earnings. By comparison, the average forward price-to-earnings ratio for any given stock in the S&P 500 sits around 18.4.

So why now? For one thing, airlines have largely benefited over the past few years from double-digit passenger growth, benign crude oil prices, and favorable currency swings that have helped significantly improve margins. Many industry watchers also believe that oil prices, in particular, will remain favorable for years to come. And according to Buffett, his "hope" is that airlines "will keep orders in reasonable relationship to potential demand."

Considering their attractive valuations even after the recent climb, I think airline stocks could still present intriguing buying opportunities for patient, long-term investors.

Do you "Like a Rock"-bottom stock price? Then try the automotive sector

Rich Smith (automotive): This one's so easy it's almost a "gimme." If you're looking for the most undervalued sector in the stock market today, look no further than America's major automotive manufacturers.

It really takes no more than a quick glance at finviz.com's innovative "heat map" of S&P 500 sectors to see that the automotive sector is glowing bright green today. Industry leaders Ford Motor Co. (F -1.91%) and General Motors (GM -1.85%) sell for price-to-earnings ratios that fit the definition of "undervalued" to a T.

Ford, for example, sells for just 10.9 times earnings after its recent weak earnings report. Yet the company's strong 4.8% dividend yield covers about half that cost, while the 15.9% long-term earnings growth rate assigned to Ford by analysts cited on S&P Global Market Intelligence more than covers the rest of the stock's P/E.

In fact, if you add those two numbers, you end up with a projected "total return" of 20.7% on Ford stock, which is nearly twice the stock's P/E, and enough to push the company's PEG ratio down close to 0.5.

Meanwhile, General Motors is arguably even cheaper. Priced at a lowly 6.1 times earnings, GM is pegged for 10% long-term earnings growth on Wall Street, and pays a 4.1% dividend yield. Divide the 6.1 P/E by the 14.1% estimated total return, and GM stock sells for less than a 0.5 PEG ratio -- nearly as low as 0.4.

Critics worry about peaking auto sales and disruption from newcomers like Elon Musk. But the industry is cyclical, and both automakers are making big investments in disruptive areas like electric vehicles, autonomous driving, and smart mobility. Meanwhile, their bread-and-butter business is still chugging along. All of this bodes well for long-term investors. At these prices, I'll take Ford and GM stock over pie-in-the-sky upstarts any day of the week.

Healthy valuations after a bruising 2016

Keith Speights (healthcare):  Last year was pretty rotten for healthcare stocks. Politicians pointed fingers at drugmakers for jacking up prices. Biopharmaceutical stocks performed poorly in anticipation of what might happen in the November U.S. elections. The same was true for health insurance stocks, with a potential repeal and replacement of Obamacare in the air.

All of this helped drive many healthcare stocks down. And although there has been a rebound since November, the healthcare sector still appears to be undervalued relative to the overall market.

The price-to-earnings ratio based on estimated earnings for the S&P 500 index currently stands at 18. Every stock in the top 10 holdings of the Health Care Select Sector SPDR ETF has a forward earnings multiple lower than the broader index. Those 10 stocks comprise more than half of the ETF's total assets.

There are still some potential trouble spots for healthcare stocks. Uncertainties remain about what will ultimately happen with Obamacare. President Trump could take steps to clamp down on drug prices. However, if you're looking for a sector that's less expensive than the overall market, healthcare looks attractive right now.

Healthcare should be a good sector to own over the long run, regardless of its current valuation. Americans are aging, which means higher demand for healthcare services in the years to come, which should benefit stocks in nearly every healthcare industry, from drugmakers to medical device companies to pharmacy benefits managers.