Roller-skating wait staff and golden-oldies music seem to still be working, but can these results pull Sonic out of its slump?

Shares of Sonic Corporation (SONC), the quick serve restaurant that still employs roller-skating wait staff, got a lift Wednesday after the company released its fiscal second-quarter earnings for the period ended Feb. 28 that were better than expected. The stock was up nearly 12% in early trading Wednesday, though gave up much of those gains by mid-day.

For the quarter, the fast food chain reported revenue of just over $100 million, which seems to be just below most analysts expectations. Additionally, same store sales looked weak, declining more than 7% year over year. However, Sonic reported net income of $11 million, or $0.25 per share, which is up 14% compared with the same period a year ago. Sonic management expects comps to be flat or down 2% for the full fiscal year, which would at least be a major improvement over the current decreases. 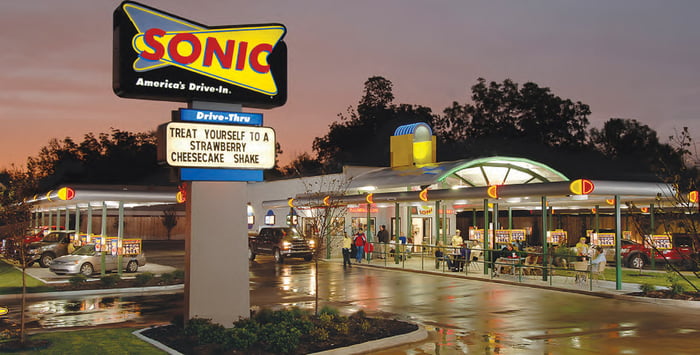 Sonic's earnings results and comparable store forecast are welcome changes to what otherwise has felt like a tough year so far -- as the stock is down nearly 30% over the last year. Sonic stock has still been an outperformer in recent years, rising 240% over the last five years. Compare that with McDonald's (MCD -0.35%), which is up about 30% over the last five years. That has been viewed largely as a turnaround success for the company, which has grown through implementing all-day breakfast and narrowing down on its best performing menu items.

Sonic certainly still has a sizable presence in the U.S., with over 3,500 locations and a presence in nearly every state. Sonic's franchise model -- it only owns about 10% of those locations -- seems to be profitable for the company, and focusing on moving an even higher percentage of locations to franchisees could drive profitability higher. During the quarter, Sonic opened 10 new drive-ins, but refranchised 54 locations.