Please ensure Javascript is enabled for purposes of website accessibility
Log In Help Join The Motley Fool
Free Article Join Over 1 Million Premium Members And Get More In-Depth Stock Guidance and Research
By Reuben Gregg Brewer - Mar 31, 2017 at 9:11AM

The precious metals miner has made a series of notable changes to its portfolio that have transformed it -- in a good way.

Since 2010, Coeur Mining (CDE -5.40%) has made some major changes to its business. In fact, if you have been invested in this silver and gold miner since prior to that year, you simply don't own the same company you bought anymore. This is a good thing, though, because the big changes to Coeur's profile and outlook have proven to be smart moves. Here are three facts investors need to know about where the company was, and where it is now.

If you go to Coeur's corporate home page, it bills itself as the largest U.S. based primary silver producer. That may be true, but it obscures one important change that's taken place at Coeur since 2010. 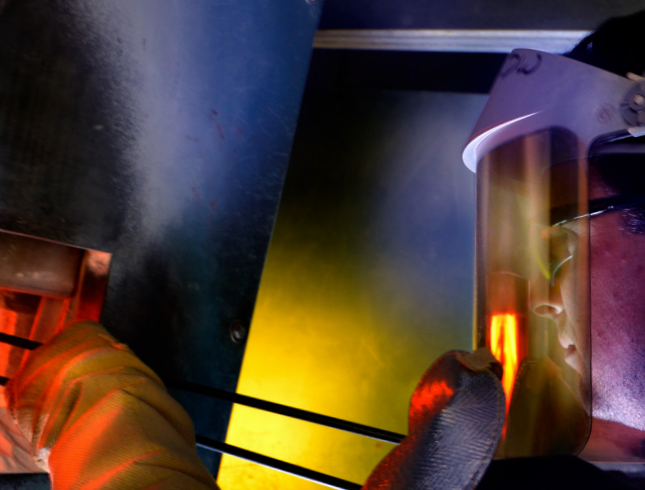 Back at the turn of the decade silver made up about 70% of Coeur's revenues. The remaining 30% or so came from gold. Coeur was, at its core, a silver miner. Not so today. As of 2016, gold was responsible for 63% of revenues. Silver only accounted for 37%.

One reason for this shift is that silver production has been falling while gold production has been heading higher, with asset sales and acquisitions playing a big role in the transition. That said, Coeur expects silver production to ramp up again in 2017 as its expansion at the Palmarejo mine bears fruit. However, the important takeaway here is that Coeur's portfolio is far more balanced today than it was just a few years ago. 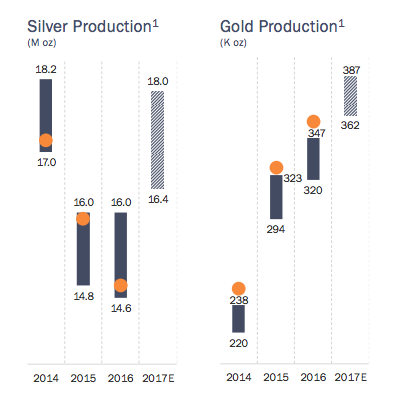 Another key change that's taken place was its shift toward mines in more stable political regions. Back in 2010, Mexico and Bolivia accounted for nearly 75% of Coeur's revenues. Today, those two countries make up just 35% of revenues. The United States, meanwhile, was just 15% of revenues in 2010. Today, it accounts for 64%. That shifts the greater share of Coeur's production into one of the most economically and politically stable countries in the world.

Gold and silver are fungible commodities, so in some ways, it doesn't matter where a miner gets them, so long as everything is working smoothly. However, when geopolitical risks rear their ugly head, location starts to matter in a big way to precious metals producers. For example, Bolivia started changing mining rules in 2014 following the concept that Bolivia's mineral wealth basically belongs to the state, with tensions mounting since. A boiling point was reached in 2016 when a government mining official was reportedly kidnapped, tortured, and murdered by angry miners. That's a big step beyond a work stoppage... Shifting toward the United States reduces the risk that Coeur gets caught up in events like this.

The final big change that's taken place is really huge. In 2010, nearly three-quarters of Coeur's revenues were derived from just two mines. If anything had gone wrong at Palmarejo (45% of revenues) or San Bartolome (28%), Coeur would have been in big trouble. . But mine concentration isn't an issue anymore. 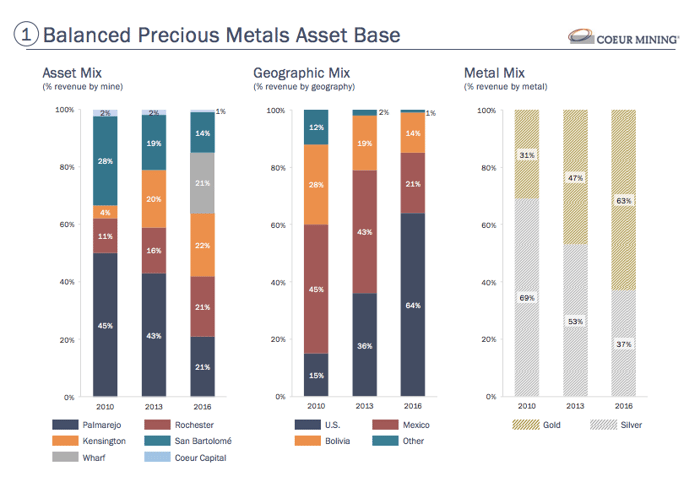 Today, the company has five major mines, and no single mine represents more than 22% of revenues. In fact, four of the five mines it owns provide roughly 20% of revenues each, with the remaining mine (San Bartolome in Bolivia) picking up the slack. If something were to disrupt production at a single mine, Coeur would feel it, but it wouldn't be a devastating blow.

The really big surprise in this trio of facts is how much Coeur has changed its portfolio in a very short period of time. It has diversified its metal exposure, strengthened its regional positioning, and expanded its lineup of mines. All three changes make Coeur a much less risky investment option for those seeking a gold and silver company for their portfolios.