The online juggernaut is applying its customer-centric focus to video game developers.

Amazon has been on a hiring spree, bringing in video game industry veterans from the likes of Sony and Electronic Arts to develop games for Amazon Game Studios, which currently has over 100 job openings listed on the Amazon Jobs site. 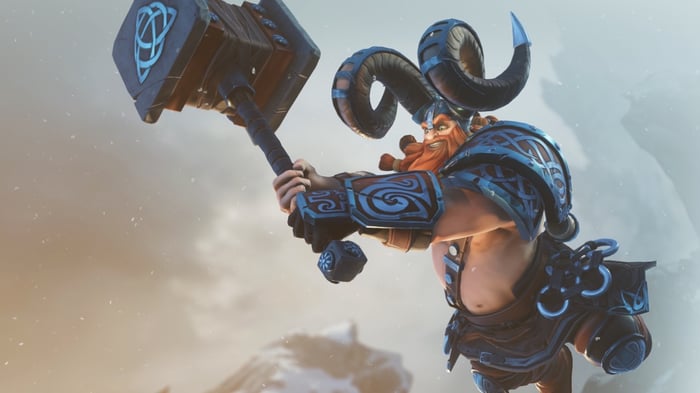 For the online titan, making video games is not only about grabbing a piece of the $100 billion video game industry; Amazon is also trying to win over game developers who require cloud storage to connect players of online multiplayer games. In this effort, the 2014 acquisition of game-streaming site Twitch may be a significant competitive advantage for Amazon.

This is apparent when looking at time spent on video games. More Americans spent time on a mobile game in 2016 than on streaming-video services like Netflix (NFLX 1.98%) and Hulu. Players spent about 43 billion hours on Activision Blizzard's (ATVI 0.27%) games in 2016, which is on par with Netflix users' more than 45 billion hours of engagement.

To dive into the opportunity, Amazon created its own game engine, called Amazon Lumberyard. Lumberyard allows professional game designers to make games with built-in integration for live game broadcasts on Twitch, along with integration for cloud hosting with Amazon Web Services (AWS). Amazon Game Studios has also been developing games using Lumberyard as a way to showcase the powerful tool set Amazon offers game developers, who are increasingly designing games for mass audiences in e-sports.

Lumberyard combined with AWS is attractive to game designers because it provides a new game the ability to capture a big audience right out of the gate, and it saves developers time and money so they can invest more resources in making great content, as opposed to spending valuable time on infrastructure.

Amazon's push into video games is consistent with its overall customer-centric approach. Amazon has invested heavily in content to offer its Prime members free streaming movies and TV shows. It makes sense that Amazon would invest just as heavily in video games, since the company sees the gaming industry becoming the largest form of entertainment.

Amazon has already started to integrate Twitch features as an additional perk for Amazon Prime members. In September 2016, Amazon launched Twitch Prime, a premium service for Twitch users, but it's also available as a free feature for Amazon Prime members. Prime members can now watch ad-free streaming on Twitch and download free game content, including content for one of the more popular mobile games -- Activision Blizzard's Hearthstone.

It's becoming apparent that the $970 million purchase of Twitch in 2014 was more than just buying a popular game-streaming site to monetize with advertising. Twitch is an important competitive advantage for AWS, as cloud-storage demand increases with the growth of e-sports and mobile gaming.

Twitch is in the sweet spot of the growing popularity of e-sports, which will reach an estimated global audience of 385 million in 2017, and that figure is growing. By 2020, nearly 500 million people will be involved in e-sports as either participants or spectators, according to market researcher Newzoo. Twitch has more than 100 million users, almost 10 million of them daily active users. The game-streaming site also broadcasts live e-sports tournaments.

The popularity of online multiplayer games like Activision Blizzard's Call of Duty and Riot Games' League of Legends has fueled the growth of e-sports in recent years. As more gamers participate in online competitive gaming, they create more demand for cloud storage services, which game developers rely on for connecting players online.

Twitch is proving to be a valuable asset for Amazon as the e-sports market continues to grow. According to Amazon Game Studios:

Access to massive computing and communications has fueled massive growth in communities of players, broadcasters, viewers, fans and game developers of all sizes. At AGS, we are developing multiple AAA PC games in our Seattle and Irvine studios that harness the power of AWS and Twitch to create new community-driven game experiences.

Together, Twitch, Lumberyard, AWS, and Amazon Game Studios are a strong start for Amazon as it builds a gaming ecosystem it calls "a sandbox for innovation."

The video game industry is thriving

Gaming is competing with every major form of entertainment, which is why Activision Blizzard likes to compare the time spent in its games each quarter with time spent by users of streaming services and social media.

Mobile gaming, e-sports, virtual reality, and cloud gaming will be key drivers of growth for the industry in the future. Amazon stands to serve this thriving industry with Twitch and Amazon Web Services.

With a solid video game ecosystem coming together, Amazon has a opportunity to be the destination of choice for game developers around the world.